As was the custom of Hammer Films prior to becoming the premiere company in the world of horror movies, the studio imported a well known name from Hollywood to star in many of their low budget Noir thrillers or in Spaceways a mixture of murder and top secret rocket launches. The actor in this case being Washington born, Howard Duff. Duff does indeed play an American in the film who is an engineer on loan from the good ole U.S. of A. to assist the Brits in launching a rocket ship into the stratosphere in order to drop a satellite that will circle the globe every two minutes.

Duff and his crew of scientists include Andrew Osborn, Michael Medwin and the lovely, Eva Bartok, who everyone in the film’s cast knows is in love with Duff’s quiet steadfast scientist. Aside from the difficulties of launching a rocket into space, Duff’s having some major issues with his wife, Cecile Chevreau, who wants to party and live a life of luxury as opposed to being tied down on a top secret military base. She’s also got a roving eye that’s landed squarely on Duff’s second, Osborn.

There appears to be a race to space and with the military involvement it shouldn’t come as a surprise to hear that space can offer a strategic placement for the ever popular atomic weapon. At a “B” film running time of just 76 minutes it’s time to get the mystery on the launch pad moving. When the next rocket heading into space fails and both Osborn and Chevreau are missing from the base all eyes are turning towards Duff. 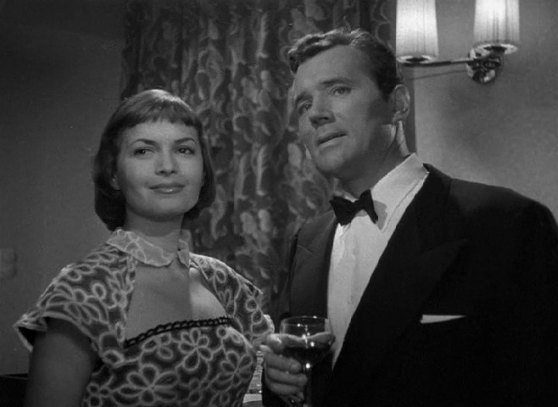 Alan Wheatley enters our story at first undercover as Osborn’s replacement but will quickly be unveiled as a military inspector looking to pin the launch failure on Duff as well as a couple of murders. If you’re a fan of all things Sherwood, then you may recall Wheatley playing the Sheriff of Nottingham in the Richard Greene/Robin Hood series of the 1950’s. His thinking is that Duff released some of the fuel prior to the rocket launch and stuffed the bodies of his wife and her lover on board the spaceship sending them into space, never to be recovered. Pretty nifty way to do away with bodies and any connecting evidence. 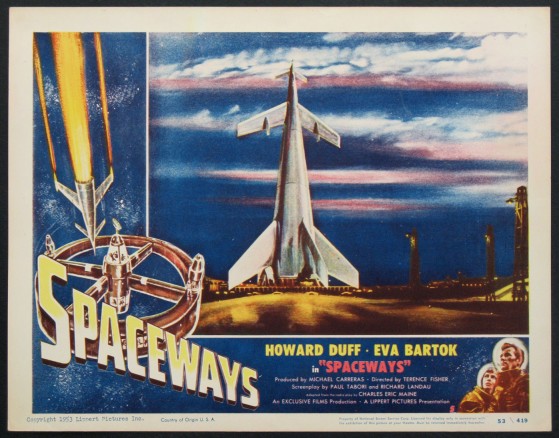 As we’re in England, I’d suggest we send a man to 221B Baker Street and enquire if Sherlock Holmes and the good Dr. Watson might be available to take on the case.

Espionage is soon to rear it’s head just as the pressure is getting to Duff. Thankfully with his wife quite possibly out of the picture, he might begin to realize it’s Miss Bartok who is the one who loves him and is more than happy to hang out in the science lab with him. As a matter of fact she’s even willing to fly into orbit alongside the man of her dreams knowing they may never survive the ordeal just to prove his innocence. 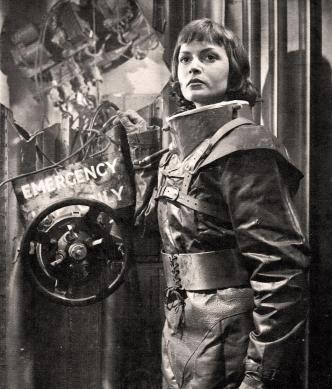 Truthfully there is very little to recommend this feature outside of it’s Hammer Films status or for those who might happen to be a fan of either Howard Duff or Miss Bartok. Hammer fans will be sure to recognize three major contributors to the studio’s eventual success in the opening credits. The film was produced by 26 year old Michael Carreras who would go on to produce a good number of both Hammer’s successes and failures. From the highs of 1958’s Horror of Dracula to the lows of 1969’s Moon Zero Two. He’d even direct a handful of titles, The Lost Continent and Shatter among them.

Then there’s the director of Spaceways, Terence Fisher. Hammer fans know that without Fisher the studio may never have achieved the highs they would reach once Fisher was assigned to breathe new life into the classic monsters of Universal Studios. Fisher would direct Spaceways and some of those early 1950’s Noir efforts from Hammer like Stolen Face with Lizabeth Scott and Wings of Danger featuring Zachary Scott before going on to helm the studio’s first run of what are now considered classics of the horror genre, The Curse of Frankenstein, Horror of Dracula, The Mummy, Hound of the Baskervilles, Brides of Dracula and The Curse of the Werewolf. He’d mainly stay with the studio for the balance of his career directing his last film and the studios final go around for the Baron, 1974’s Frankenstein and the Monster From Hell. 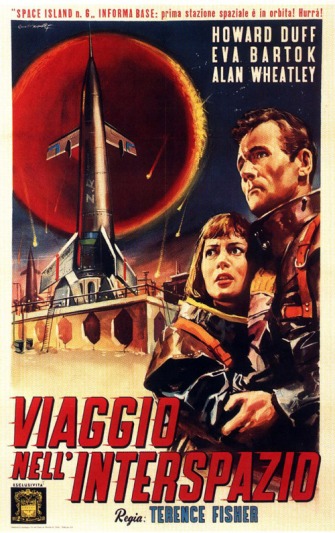 The third name that fans will spot in the opening credits is that of Jimmy Sangster. He’s listed as the Assistant Director. While Sangster did in fact direct three of Hammer’s latter flicks, Horror of Frankenstein, Lust For a Vampire and Fear in the Night, he’s noted more for his writing credits. His first writing gig for the studio was on 1956’s X … The Unknown and from there penned a good many of the studios successes. The Fisher directed titles, The Curse of Frankenstein, Horror of Dracula, The Mummy and many of the Hitchcock themed thrillers they released post Psycho. Maniac, Paranoiac, Scream of Fear and The Nanny.

I guess if you’re a completist as I profess to be on many topics and genres when it comes to movies, then Spaceways should be added to your watch list if the Studio That Dripped Blood is a favorite era of movie making with you as it is with me. I picked up a copy of Spaceways on DVD via an Image Entertainment release if you’re looking for a copy. 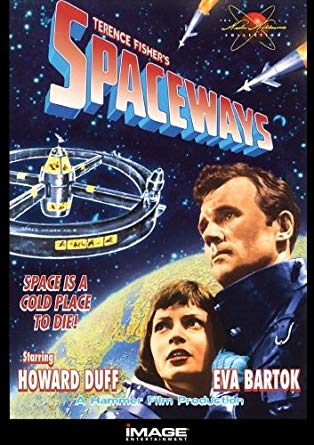