Carrying the Columbia logo for it’s North American release, this low budget Noir effort from across the pond stars a pair of imports to take on the lead roles of this made in England tale of gangsters and hoods. 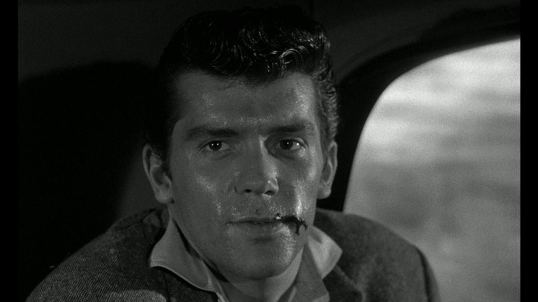 Born in Vancouver, Canada, actor Lee Patterson is playing …. a Canadian now looking for work in England. He’s a former radio operator from the war years and looking to make a quick buck or two. We’re introduced to him working out in a boxing gym owned and operated by Joss Ambler whose son, Peter Hammond, is a boxer. He also has a daughter played by Rona Anderson who will serve as a love interest for our leading man.

Now about that boxing gym. I’m no boxer but I do like to pretend I’m a tough guy at times and one thing I do know, I’d have laid out anyone of these mugs they have hitting speed bags and sparring in the backdrop of a couple of scenes. Seriously, couldn’t the producers have slipped a few bucks to some genuine club fighters to fill out the cast list? Where the hell was Henry Cooper when you needed him?

Lee meets up with an old army buddy, Robert Arden, and soon finds himself hired on as one of Martin Benson’s hoods to do his bidding. Benson was going to pass on adding Lee to his stable of thugs but his sister took an immediate fancy to the Canadian (happens to me all the time). The lady in question is Miss Faith Domergue. She’s obviously intending to have Lee look after more than just her brother’s gambling ring. 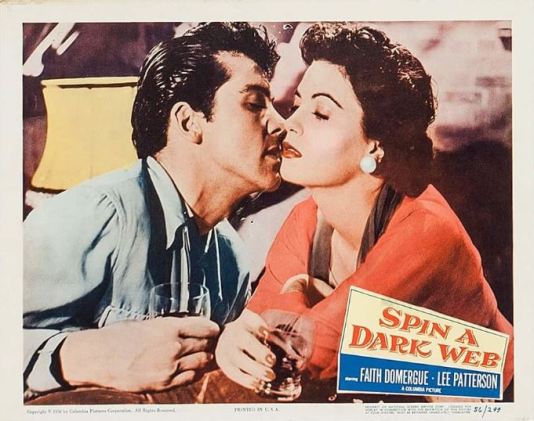 For his part, Lee, is most receptive to her charms and welcomes her advances and the new wardrobe she’s furnishing him with. Apparently Lee wasn’t the only one who was interested in Miss Domergue. Back in the early 1940’s, Howard Hughes, bought out her contract from Warner Brothers thus adding her to his long list of starlets he liked to have on the company payroll.

As this is a tale of gangsters and hoods it’s time to step up the quotient of wrong doing. When boxer Hammond refuses to take a dive costing Benson some money, the mobster sends over rugged Bernard Fox to apply a little muscle.

Bernard Fox? Yes you heard me right. The young actor was making his film debut here and would become famous to television viewers of the 1960’s as anything but a tough guy. He’d score a trio of hilarious portrayals in series TV. Dr. Bombay in Bewitched, Malcolm Merriweather in The Andy Griffith Show and as Col. Crittendon in Hogan’s Heroes. Any one of his appearances on these shows had me glued to the couch as a kid watching reruns during the 70’s and 80’s.

The end result of his visit to Hammond is he strikes the young fighter from behind killing him in the bargain. Now the heat is one and Benson banishes Fox from the gang while Faith wants the young killer eliminated permanently. Yes she’s no good and soon our Canadian about town is going to see that she’s pure evil. Maybe the love of a good British gal down at the gym will help him see the errs of his way. After seeing the film I’ll have to agree with the seductive line on the film’s title card concerning Miss Faith. 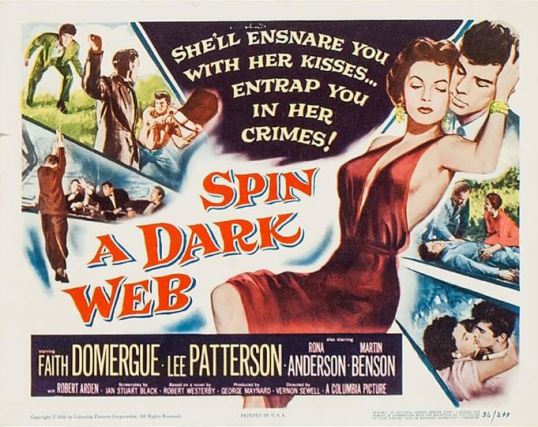 Still to come is a violent stand off between all our leading players before the local inspector played by Peter Burton in charge of the Hammond killing and rounding up Benson’s gang comes to the party with a truck load of coppers.

With the use of a hand held camera capturing some of the night life, director Vernon Sewell, infuses some documentary style film making into this Noir effort that clips in at a fast paced 77 minute running time.  Sewell is a name I always identify with a pair of late 60’s thrillers released shortly before his retiring from the director’s chair, The Blood Beast Terror and The Crimson Cult. By infusing some location footage into the proceedings I suppose this carries with it a nostalgic look back to this era of London, England.

Canadian, Patterson, made a number of films in England during the 1950’s. Included on his list of credits during the era are The Good Die Young, Terror Street, Checkpoint, Man With a Gun (costarring Rona Anderson once again) and the 1959 thriller Jack the Ripper. He’d end up in a number of U.S. television shows from the 1960’s forward including a two year stint as a regular on Surfside 6 and even be listed in the credits of Death Wish 3 … off I go to have a look. 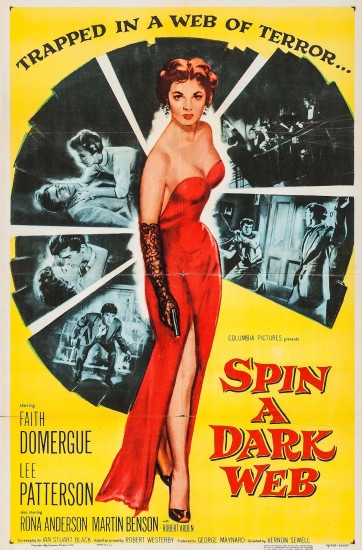 While Faith Domergue may not be remembered for this film in particular she’ll always have a place in the hearts of sci-fi fans thanks to her appearing in a string of cult favorites prior to this Noir entry. Cult of the Cobra, This Island Earth, It Came From Beneath the Sea and The Atomic Man.

One thing that struck me as rather funny was having Lee the Canadian playing a Canadian and talking/sounding like any of us Canadians do. Normal. At least in my eyes. Now let’s look at some of the movies made by U.S. filmmakers that have a Canadian character in the plot. What do they have us sounding like? In my eyes and ears? In general terms people from England. Look no further than 1968’s The Devil’s Brigade with Cliff Robertson putting on some sort of accent and the likes of Richard Dawson and Jack Watson playing us plain simple Canadian folk. Both of whom were born in England.

A first time viewing for me, Spin a Dark Web, was included in the Noir Archive Volume 2 set from Mill Creek Entertainment on blu ray as that company continues to up it’s game. In closing and with all due respect to anyone born in Sicily, there’s a line that got a good laugh out of me from Patterson in relation to Benson and Domergue’s Sicilian background. According to Patterson people from Sicily are likely to ….  “swipe your teeth if you leave your mouth open.”

And just one more thing. That Benson guy playing the gangster? He’ll always be Father Spiletto from The Omen in my books.