In this mysterious Noir entry, Robert Cummings, has left behind his light hearted leading man persona to tackle a role that leaves him doubting his sanity at times while possibly finding love with Michele Morgan and tangling with gangster Steve Cochran and his cold hearted bodyguard played by a scene stealing Peter Lorre. Yes Lorre is once again a delight to movie watchers everywhere as he sweats profusely and alternates between a quiet calculating killer and at other times displays an over the top cowardly streak.

In a classic Noir set-up, Bob is down on his luck and can’t rub two nickels together for the breakfast he’s watching being cooked through a restaurant window as the film from director Arthur D. Ripley begins. Fortune shines on Bob when he discovers a lost wallet at his feet loaded with crisp dollar bills. Satisfying his hunger on his misfortunate benefactor, Bob sets out to return the wallet and finds himself at a swank estate.

It’s here we’ll meet Cochran and Lorre. The scene will also serve to unveil two key plot points. Cochran’s a vicious thug which he perfectly displays when he belts the manicurist who accidently causes him some discomfort and secondly an insight into Bob’s past. When he is ushered in to meet Cochran, the gangster is fascinated that a guy down on his luck would return a wallet full of money and admit he took enough to feed himself a breakfast. Cochran makes the remark that Bob should get a medal for his kindness. “Thanks. I got a medal.” is the response clarifying that Bob’s a returning WW2 vet.

Cochran is so impressed that he hires Bob on as his new chauffeur. It’s in his new position that Bob will meet the trophy wife who has become a prisoner under Cochran’s watchful eye, Michele Morgan. Just how deliciously evil are Cochran and Lorre? You’re about to find out when they have shipping magnate, Lloyd Corrigan, over to discuss business. This scene allows Lorre a real chance to chew the scenery and scare the hell out of both Corrigan and the viewer with his off color humor. Corrigan isn’t long for this world.

Bob is going to find himself caught up in Michele’s plight for freedom and agrees to take her to Cuba and start anew. Making their way to Havana, Bob’s world is going to be turned upside down when his new love is murdered in his arms on the dance floor of a crowded nightclub. Bob’s clearly been set up but by whom? Upon his arrest, he’s given a chance to clear himself to no avail. The set up looks complete so he bolts in an effort to prove his innocence and when he discovers Lorre’s in town, he knows who his enemies are. 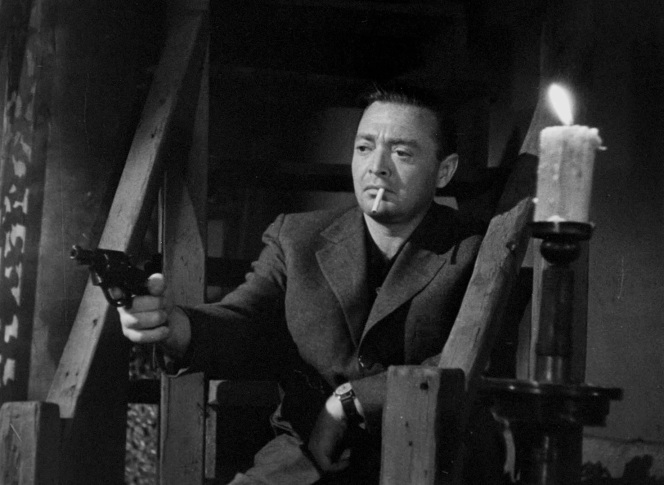 Here’s a Noir entry with plenty of tempo, stunning angles and glorious black and white photography with performances to match. I’ll confess to one and all that I sat there wishing I could have recast this one with John Garfield. Sorry Bob but it’s just that you’re not who I think of when I consider actors I want to see in the world of shadowy Noir tales. Miss Morgan captures a very doomed essence in her role and I was reminded somewhat of Ingrid’s Ilsa which I’d hope that Morgan would have considered a compliment.

The credited writer of the film is a noteworthy name for fans of the genre. It’s Philip Yordan. To this point he had served up titles like Dillinger and Whistle Stop. He would go on to deliver memorable Noir stories like The Big Combo, House of Strangers and by extension, Broken Lance as well as Detective Story and The Harder They Fall.

So I did indeed like this Noir entry which until now had for some unknown reason passed me by. It’s been in the public domain for quite some time and securing a copy is relatively easy. Perhaps the fact that the film was restored and released on blu ray by Kino Lorber got me interested enough to finally sit down and watch it. Can’t say I’m sorry I did but I’m not totally sold on the trick involved and it’s execution that almost allows us to see two films in one.

But don’t let that stop you from checking it out and deciding for yourself. Seen it already? Then what’s your take on it? 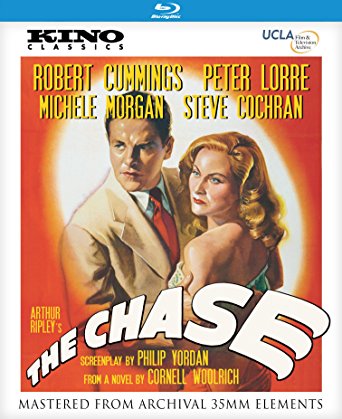