I grew up watching this flick repeatedly on Sunday afternoons and late night television. It has stayed with me ever since. I finally caught up with the recent Criterion blu ray release that did it’s best to put approximately 20 minutes of long gone footage or voice tracks back into the film. Truthfully it never hurt my enjoyment one bit and it gave both Mike Mazurki and Buster Keaton a bit more screen time among all the other shenanigans going on during it’s 3 hour run.

It’s the one liners that stay with you timed with the comical situations the cast find themselves in.

As the film opens I’m already reciting Milton Berle’s opening line and slapping my palms together. “He went sailing right out there.” 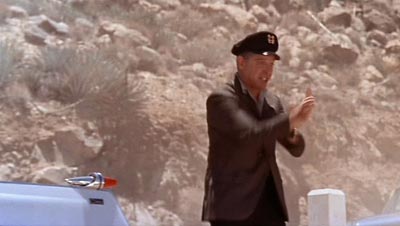 “*Everybody* has to pay taxes!- Even businessmen, that rob and steal and cheat from people everyday, even *they* have to pay *taxes*! ”

“Anybody can fly a plane, now here: I’ll check you out. Put your little hands on the wheel there. Now put your feet on the rudder. There. Who says this ol’ boy can’t fly this ol’ plane? Now I’m gonna make us some Old Fashioneds the old-fashioned way – the way dear old Dad used to! ” 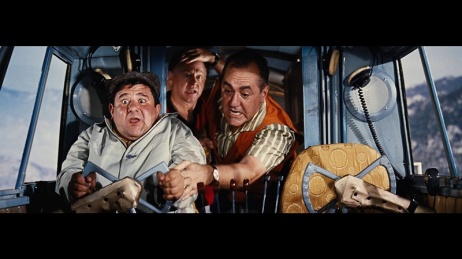 “You shut up! We’re gonna get that money. Keep driving! ”

The gags keep coming fast as do the incredible amount of well known faces and Hollywood legends.

“Do you love you’re country?

Through it all we have the one actor who isn’t a comedian. Though he was not well by the time of this films production and it’s easy to see his stand in during the climatic race, Spencer Tracy has always been the supreme example of an actor who never gets caught acting on screen.

If you haven’t noticed, I love this film!

If you have no idea what a “Big W” is then get to it and watch this classic filled with so many faces from the past. There’s bound to be a favorite or two or three or……