If there is one thing you can count on about CLASSIC Country Music singers it’s that all the ingredients are there for a good film biography. Great music, love stories, addictions and drama all play a part as we have seen in biopics of Loretta Lynn, Johnny Cash and even fictional country music films like Tender Mercies, Payday and Crazy Heart. This film covers the life of Patsy Cline who just might have had the most timeless recordings issued by any female country singer. The songs are all here, Walking After Midnight, Crazy, I Fall to Pieces, She’s Got You and the title track, Sweet Dreams. 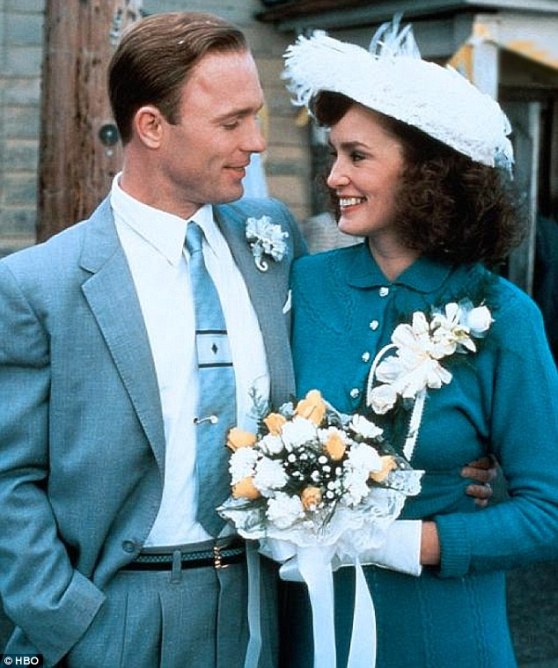 Jessica Lange as Patsy and Ed Harris as her husband Charlie Dick turn up the heat in a love hate relationship that earned Lange an Academy Award Nomination. Perhaps if she hadn’t lip synched to the original recordings she might have won but who would want to tackle those records? The film does a good job at transporting us to the late fifties and early sixties where the film takes place with old cars and smoky honkytonks as it’s backdrop. There is good support here in the cast from Ann Wedgeworth and a young John Goodman as Harris’ drinking buddy. Most of us I assume know that Patsy’s career was cut tragically short and as a fan it’s tough to watch the final few minutes if you love the music like I do.

Country Music fans might notice a couple faces from the Grand Ole Opry in the background including Boxcar Willie and Charlie Walker as well as the name Owen Bradley the famed music producer who is played by actor Jerry Haynes. Over the next few years I wouldn’t be surprised to see film bios of Waylon Jennings, Willie Nelson, Merle Haggard, Dolly Parton and my favorite country singer who’s life just might have to much drama to put into a single film George Jones. Trivia- Willie Nelson wrote Patsy’s classic song Crazy and Jones appeared with her on the final show.

This bio might not be the best of the lot but it’s worth a look due to the work from Lange and Harris. And if you’ve seen it before just lean back, close your eyes and enjoy the music of Patsy.