Every so often news of a remake splashes the headlines of some Hollywood trade paper and most recently Variety had a news break that David Ayer has been hired by Warner Brothers to write and direct a modern day version of the 1967 classic. It should be noted that MGM released the original so I guess the story rights have since changed hands. Having already written and directed 2014’s WW2 carnage, Fury, perhaps he’s the man for the job. Anyone notice that film carried plenty of similarities to Peckinpah’s The Wild Bunch?

Now when it comes to The Dirty Dozen I’d want a say in the casting ideas. Why? Cause alongside a 1975 movie about a big fish it’s my all-time favorite film going back to seeing it as a kid on TV. Lost track of just how many times I’ve seen it but I dare say it has to be over 50 viewings. These days I’m down to about 1 viewing a year but when I was a kid and the VHS rental age was upon us …. well you get the idea.

One could argue that The Dozen has already been remade with TV sequels of it’s own in the late 1980’s but I’ve always felt it’s served as an inspiration to countless films ranging from 1972’s Massacre at Ft. Holman to Tarantino’s Inglorious Basterds. Having a great love for the original I’ve already featured the film twice here at Mike’s Take. Once to  spotlight the 1967 Press Booklet and the other time on a live take to chat about the film.

Now let’s get on with my casting suggestions.

First and foremost we need a leading man to take on Lee Marvin’s duties as the rebellious, not quite by the book yet tough minded Major running the operation. Attempting to stay away from the aging Expendables cast I’ve settled on Woody Harrelson. If he’s not available then I’d ring up Daniel Craig’s agent since his days of playing Bond are apparently over. 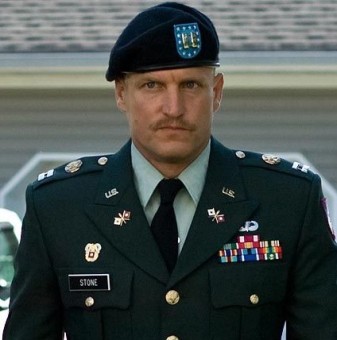 Behind Marvin were three members of the military brass pulling the strings on the operation. Generals Ernest Borgnine and Robert Webber accompanied by George Kennedy’s Major in what are essentially elongated cameos.

How about a stern Kurt Russell taking on Borgnine’s General, Paul Giamatti as Kennedy’s Major and Sean Bean as the sour faced General that Webber played who isn’t in favor of the mission to begin with.

Now while the Germans were the actual enemy in the original movie you wouldn’t know it till the final hour because it’s Robert Ryan’s Colonel who abhors Lee Marvin’s tactics and wants to “make it my business to run you right out of this man’s army.” So for that role I’ve selected Gary Oldman.

Something that is overlooked when recalling the original is the humor involved. Some of that comes to the forefront when psychiatrist Ralph Meeker interviews members of the dozen. How about William H. Macy conducting the exams?

When Marvin leads the Dozen oversees to the explosive finale he brings along his faithful sergeant to aid in the attack played by one of my favorite character actors, Richard Jaeckel. Why not cast Ryan Gosling as the man who coins the phrase “Dirty Dozen.” 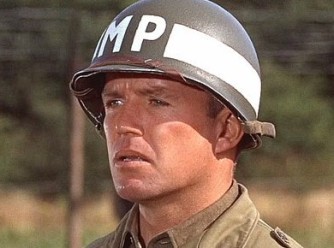 And now the Dirty Dozen themselves. It should be noted that when the original film went into production 6 “name” actors were cast to play the majority of the scenes involving the GI convicts and 6 “no-names” to flesh out the 12 men needed for the film. Of the 6 who were primarily relegated to the background, only one, Donald Sutherland, went on to having a major career. So I’ll stick to 7 suggestions matching our well known members of the The Dirty Dozen.

First up, John Cassavetes, played Victor Franco. The loose cannon of the group with a rebellious streak. Comically I might suggest James Franco but would much rather see Ben Foster in the role. 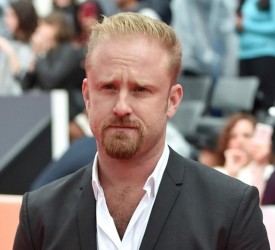 Not surprisingly, Charles Bronson, played a rugged member of the dozen who Marvin could count on to get the job done once the action got underway. To me this one’s easy. Josh Brolin has that same look about him that Bronson carried in his prime. 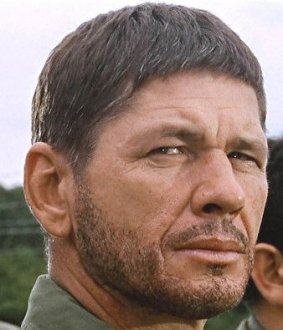 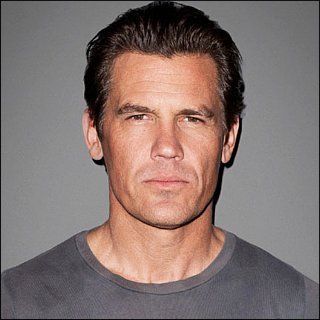 Jim Brown retired from football while The Dirty Dozen was in production and since I’m not aware of any football players who might fit the role of Jefferson I’ll go with Jamie Foxx cause frankly, I’d love to see him on screen trading jabs with a cast like the one I’m recommending.

The biggest man of the original Dozen was Clint Walker. A real giant who towered over many a co-star. Would Dwayne Johnson take on the role? He’s the obvious choice for my money. 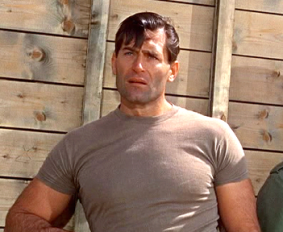 Telly Savalas scored the memorable role of Archer Maggott. A psychotic rapist/killer who is clearly the most dangerous member of the dozen. I kind of like the work Jon Bernthal has been doing and think he’d be a good fit. 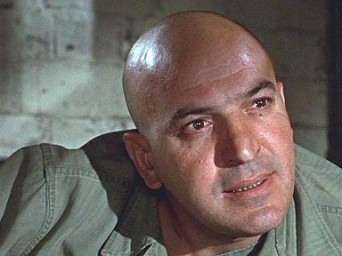 Film goers of ’67 might have been surprised to see singer Trini Lopez as the meekest member of the Dozen. No need to cast a singer but I will suggest Daniel Radcliffe for the part as he continues his journey from the world of Harry Potter into adult roles.

Donald Sutherland lucked into the memorable role of Vernon Pinkley when director Robert Aldrich needed someone to play the scene of a phony General after Clint Walker didn’t think it matched his character. Supposedly Aldrich pointed to the unknown Sutherland and said “you with the big ears.” and the rest is history. My vote goes to Michael Shannon for the part.

To be fair, the other five actors who were featured as members of the original Dirty Dozen were Tom Busby, Colin Maitland, Stuart Cooper, Ben Carruthers and Al Mancini. Each had a scene or two but for whatever reason never had their acting careers take off as did Sutherland’s.

Ask me to redo this list tomorrow and I might go a different direction. Bring in Matt Damon in the Lee Marvin role. I can see that or bow to producers and offer the role to Tom Cruise? Did you know John Wayne was the first actor approached to play the Major in the original? Had he starred I suggest it might have been a much different film. Instead Duke settled on The Green Berets. Other names that I could see squeezing into the Dozen are Mark Wahlberg, John Leguizamo, Ryan Reynolds, Tom Hiddleston or how about Tom Hardy in the Bronson role? 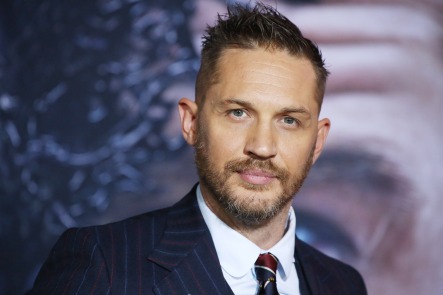 And getting back to those Generals in the war room. Easy to swap out my choices for the likes of Kevin Costner, Harrison Ford and John Travolta.

I suspect the cast I’ve come up with might be a bit costly so I’m not to sure if any of my choices will be seriously considered. Then of course the word EGO might come rear it’s ugly head among these gents.

I’ll turn it over to you now. Any likes among my selections? Any strong dislikes? Care to come up with some ideas of your own and share? I’d love to hear what you have to say as would others who have dropped in to have a look. Hopefully if and when the new version hits movie screens they put out a movie poster that draws on the originals artwork.