Warner Brothers contract star Dennis Morgan takes center stage in this WW2 yarn that sees him as a fighter pilot in China following the bombing of Pearl Harbor. Morgan serves as the narrator and the tale is told in flashback as he watches Commander Raymond Massey giving instructions to a group of pilots headed out on a dangerous flying mission into enemy territory after he himself has been grounded. 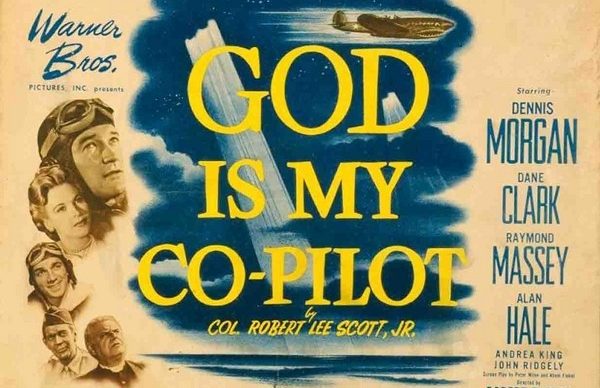 Director Robert Florey takes us back to Morgan as a child and in love with the idea of flight. Clark Burroughs takes on Morgan’s character as a youngster who is schooled by Clarence Muse on the fact that there might be someone else up there in the cockpit alongside you when times are troubling. A hint of what is yet to come? Morgan re-enters the flashback and has Andrea King as his romantic interest. Andrea had previously appeared with Dennis just one year earlier in The Very Thought of You. When Pearl Harbor is bombed, military man Morgan at 34 is considered too old for combat and relegated to training young men for the fighting jobs. Through military channels he’ll get the call to action and find his way first to India where his mission will be cancelled due to the fall of the Philippines. 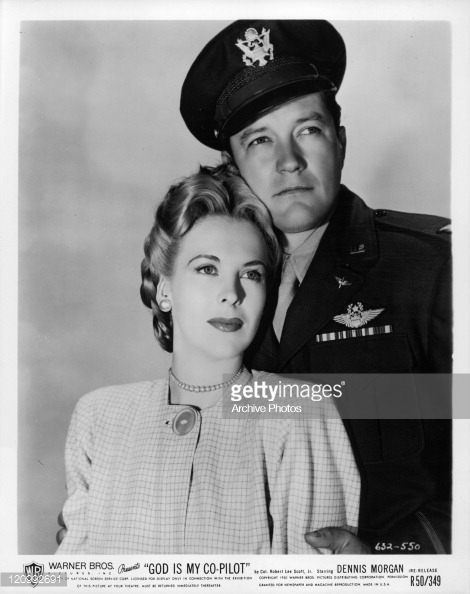 It’s at this point he’ll meet Massey who commands a group of fighters including Dane Clark with Alan Hale overseeing things as the clergyman assigned to the group. When one of Massey’s fighter pilots is killed in action, he’ll need a replacement and Morgan eagerly steps in to battle. It’s at this point that Morgan will meet his enemy in the skies, Tokyo Joe as played by Richard Loo. The pair will spar on numerous occasions in the clouds with plenty of verbal taunting over the airwaves. Their interactions are some of the film’s highlights. That along with some outstanding battle sequences. I found them so impressive I checked to see if the film had won any Oscars for special effects. As I say, I was that impressed and somewhat disappointed to find out the answer was no. 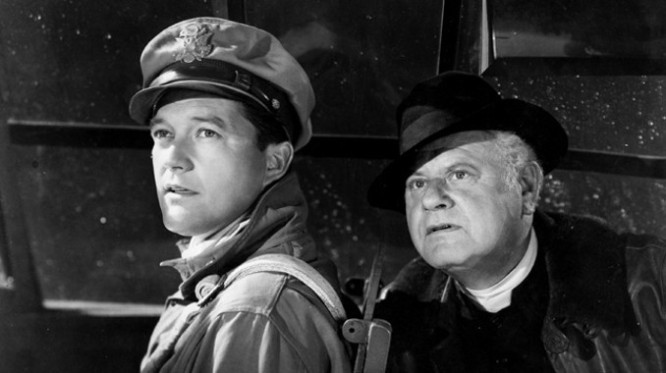 Drama kicks in with Morgan enjoying his job maybe just a little too much as he quickly becomes an ace fighter pilot and Hale is on hand to deliver a calming inspirational prayer for the men in the cockpits. As this was released in the final year of WW2, there is some authentic battle footage incorporated into the story that plays itself out in 88 minutes of screen time. Franz Waxman delivers the score and no Morgan doesn’t sing in this one. He seemed to move freely between singing roles and the more serious assignments that came his way from studio boss Jack Warner. 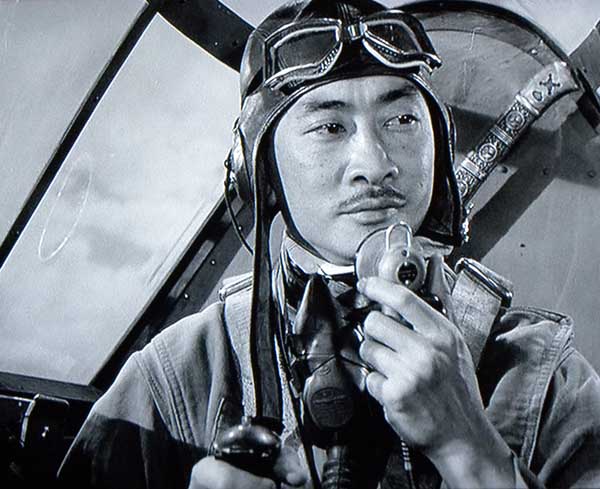 Along with Loo you’ll likely recognize Philip Ahn in here as well. Both men played in countless films during the war years and usually as a member of the enemy forces. Loo actually gets to chew the scenery here in a role that borders on scene stealing which probably wasn’t the intention at the time of the film’s release. Not uncommonly the film could be considered a propaganda like production and as was the custom at the time refers to the Japanese people and it’s military forces as “Japs.” Am I wrong to think that someone out there in our overly sensitive world today might want to go back to these past films and redub the dialogue?

I say this jokingly but at the same time I can’t say I’d be surprised if indeed that topic comes up.

Not quite the film I expected and that’s mainly because of the title I suppose. I had this inkling of a movie along the lines of A Guy Named Joe. I won’t get into that title’s plot line but if you’ve seen it then you’ll understand the comment. Not a bad film with Morgan capable in the leading role and hats off to Richard Loo and director Florey proving he was a darned good director despite my always associating him with losing out on Frankenstein starring Lugosi to James Whale and Karloff.

Need to see this one? And why not with the Alan Hale factor. Anyway, check out the TCM listings or order up a copy via the Warner Archive Collection as I did.