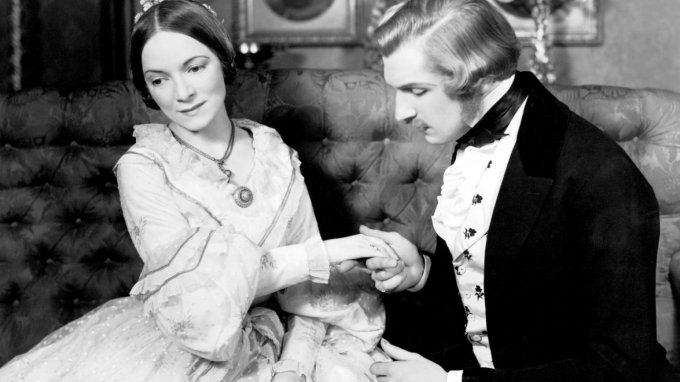 I had a notion to begin this second part of a Vincent Price spotlight with his turn as Egghead from the Adam West/Batman series but after watching him reunite with his leading lady of the stage from the year 1935, Miss Helen Hayes, I thought I’d squarely focus on this fun episode taken from NBC’s Mystery Movie Night. It’s a tailor made character for Price that tosses in plenty of in jokes for the fans who followed his career at this point in time airing in March of 1974. There is also the added bonus of another favorite “friend” who appears in the episode.

If this we’re a TV Guide description from the weekly publication it would say something to this effect.

When a faded horror film star is suspected of killing his wife, he turns to a pair of nosey mystery writers for help while at the same time playing the ham and finding time to cook up a few gourmet meals. Vincent Price guest stars.

It’s the opening gala of the Michael Bastion film festival. A look back at the long time horror stars many films and roles. Yes, Bastion is played by Vincent Price. He arrives at the opening night festivities by hearse in a coffin. In full vampire regalia he greets his fans and friends that include a list of the shows guest stars and eventual suspects. These include, William Devane, David Huddleston, Tammy Gries (oops, she’s our soon to be victim) and that other actor I love to refer to as a friend, Roddy McDowall. Old friends the Snoop sisters are also in attendance as played by Miss Hayes and Mildred Natwick.

It’s a feast for the eyes of any classic monster film fan as plenty of people have come out to the theater in costume. The Monster and his Bride, vampires and even a Metaluna Mutant and a Sayer of the Law can be seen wandering in the back drop. The film the crowd sits down to watch is titled” Gravely Yours” and features a bearded Price in black and white intercut with original scenes lifted from The Bride of Frankenstein.

It’s while the film plays that Vincent’s estranged wife Tammy who is looking for a divorce is conveniently killed with a murder weapon belonging to Dear Vincent.

Smelling a mystery, Hayes and Natwick stay close by when Detective Bert Convy turns up in what appears to be an open and shut case against our featured guest star. When Price pleads his innocence, the duo quickly bail him out. “I stand accused of murder most foul.” Taking aim at Vincent’s habit of overplaying scenes, the old girls are quick to point out he’s not that good an actor to fake it, therefore he must be telling the truth.

As was the custom with these mystery shows, the detectives must question the suspects and off goes Helen to confront Huddleston, Devane and Roddy. While she’s doing that, Mildred is keeping Price busy in the kitchen. Vincent is quick to point out, “I have some small reputation as a gourmet cook. Perhaps you know.”  Just love these little in jokes that had to have been specially written to accommodate the real life Vincent. This entire cooking session doesn’t stop Vincent from wanting to solve the crime himself which allows for the actor to once again slice the ham a little thick as he intentionally plays it that way. It’s almost as if he’s recalling one of his all time best screen roles, Mark Cardigan as the campy action hero actor in His Kind of Woman. 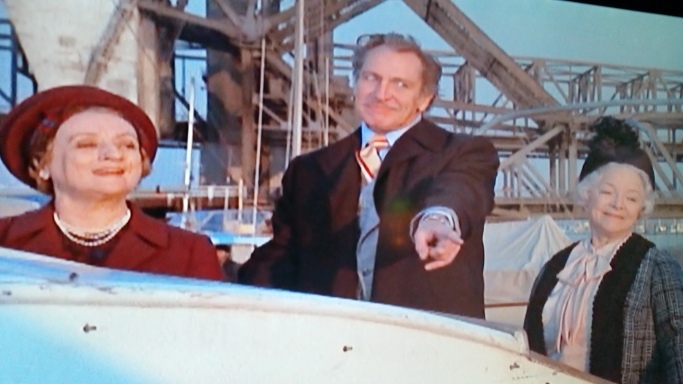 He can’t fool anyone with his put ons, least of all the real killer who he confronts at the fade out when the Snoop Sisters are in peril. Vincent the hero shines through in the final real as he goes toe to toe with ………. in a winner take all slug fest. Perhaps Dunk fest might be a better description.

For me the pleasure of this episode is the interplay on Price’s character with his off screen persona. That of the horror star and the gourmet cook. He had long been associated with not only Miss Hayes but with Roddy McDowall as well. Roddy had even appeared years ago as a child actor in The Keys of the Kingdom which had featured Price along with Gregory Peck as the star. Roddy would even play one of his greatest characters as a tribute to Price. That of Peter Vincent, the vampire slayer in Fright Night. Think Cushing and Price if you haven’t caught on. While I’m not sure if it was intended, during Roddy’s scene opposite Miss Hayes, he is the subject of her photographing hobby. I’m sure when the director called cut the roles were exchanged as Roddy was of course renowned for his skills behind the camera and photographing many of the film stars he would work with over the years.

Look fast during that opening sequence and you can even spot Angelo Rossitto out front of the theater’s gala opening. Trivia buffs should know that little Angelo had a long association in horror films dating back to Freaks and Monogram features opposite Bela Lugosi.

The whole point of this exercise was once again to look beyond feature films and enjoy some performances by one of my all time favorite actors. Take the time yourself to seek out some of his work for the small screen or whoever else might be one of your favorite actors or actresses from the past that offered up plenty of work in guest starring roles from the shows of yesteryear.