Following The Big Knife and Attack, Robert Aldrich directed Jack Palance for the third and final time teaming him with popular leading man Jeff Chandler in this taut tale of post WW2 Germany. 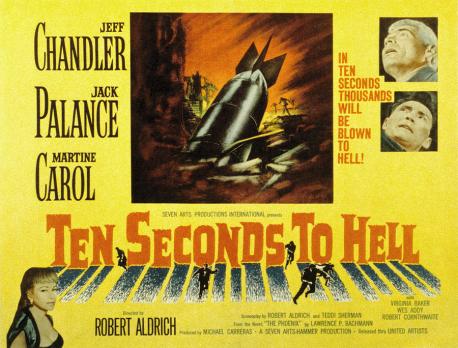 The war has ended. Berlin is a shadow of it’s former self with bombed out buildings and ruins throughout what remains of the city. Palance and Chandler are weary war veterans who take on the job of leading six men assigned as a bomb disposal unit. Within many of the hollowed out buildings are bombs dropped by air that never went off. They need to defused before being moved. It’s a high risk job with double pay and twice the normal rations.

That’s the overall backdrop of what turns into a death pact among the men adding to the growing tension each man feels on the job. The six create a pool of money whereby half of their earnings go into a pot and whoever is still alive in three months time (if any) will claim the cash.

The stage is set for our two stars participants who it quickly becomes apparent don’t much like each other.

Jack is the tightly coiled brooding character that he so excelled at during the fifties. He was once a proud architect before the war and the Nazi’s put him to work defusing bombs as opposed to sending him to a concentration camp. Jeff on the other hand is the cocky sure handed type of guy. He continually belittles Palance for his honorable choices and makes it known that he fully intends to claim the money and still be standing when the time period is up.

Into the fray comes French siren Martine Carol who at first begins to go out without Chandler but quickly sees him for what he is and drifts over to the quiet conscientious Palance. Chandler has now lost both the war and the girl. He refuses to give in and lose the wager.

Don’t miss the reasoning for Chandler’s greed and take no prisoners attitude when he relays a story of a long past Uncle and the lesson he was taught.

The bombs begin to claim the lives of the troop and you shouldn’t find it surprising that both Palance and Chandler will be in on the explosive finale. 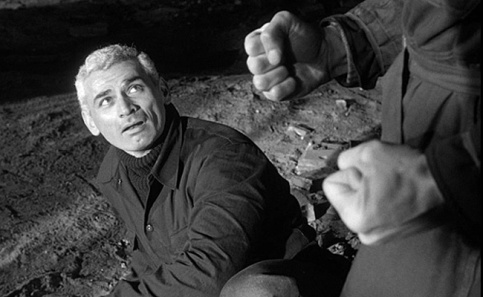 There is much to like here in the film from Aldrich of which he also contributed to the screenplay. Surprisingly the film is backed by Hammer Films and Michael Carreras received the producers credit. Serving as the director of photography is Ernest Laszlo who was on numerous occasions nominated for Oscars in the Best Cinematography category winning once for Ship of Fools in ’65. Aldrich and Laszlo would work repeatedly together over the years from Apache in ’54 to 4 For Texas in ’63.

As a fan of the two stars I guess I’ll have to overlook the fact that neither of them speak German or even attempt an accent yet that is what they are playing. Returning German soldiers who are war weary and looking beaten through most of the film. I guess if the producers wanted realism in that regard they would have cast Peter Van Eyck and Hardy Kruger though with all due respect the box office would be sure to suffer. 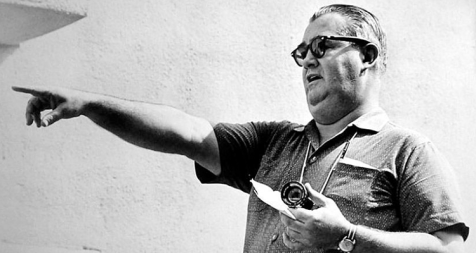 The highlights of the film are the scenes of the stars defusing the bombs and the camera angles employed by Aldrich to heighten the tension and the drama during each scene. Sure we know the stars are not going to get killed on the earlier jobs but that doesn’t stop Aldrich from creating a great sense of nervousness while we watch half expecting an explosion to tear through the screen.

One complaint I do have is the use of the “dreaded” narrator. I suspect this was employed after the film was recut against Aldrich’s wishes. Apparently the film was trimmed by about thirty minutes and the narrator is mainly used at the start to set up the scope of the plot. Anytime we have a narrator talking over the dialogue from stars like Palance and Chandler, you kind of know someone tinkered with a film in the editing stage.

Still it’s a believable film with a sure handed Aldrich ratcheting up the drama between two solid stars at odds with each other.

Now out on blu ray with cool cover art through Kino Lorber makes it a nice addition to my library shelf.