When it comes to making the transition from the honkytonks to the big screen I don’t think there’s ever been a better example than Kris Kristofferson. Maybe Willie Nelson comes a close second during his most prolific outlaw years. So why not put the two of them in a film about the music, the women and the songs.

Directed by Alan Rudolph the film starts with a 5 minute history lesson on how our two singing heroes arrive at the time of the films story line. Willie is twice divorced and a sucker for a get rich quick scheme. He’s also a genius songwriter. Much like the real Willie when it comes to penning magical lyrics. Crazy and Ain’t It Funny How Time Slips Away quickly come to mind.

His singing partner in the film is Kris but when Willie retires to become a producer and gets tangled up with a shady money man, Kris stays true to his roots and continues traveling the country playing his shows. Willie falls out with his so called partner played by Richard C. Sarafian (Vanishing Point) who owns the rights to everything Willie writes or produces. 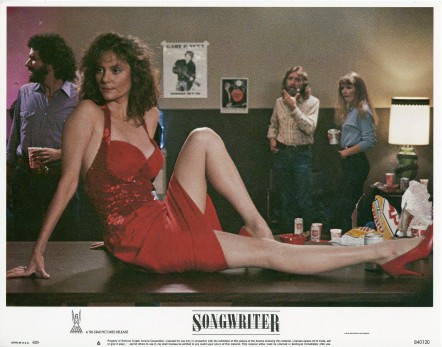 When Kris comes across Lesley Ann Warren he thinks he’s found the female country singer Willie has been looking for. Into the mix comes a loose cannon played by Rip Torn who holds the rights to her. Rip is perfect as the hard nosed greedy slickster whose way out of his element when approaching the big time and pay offs of the upper offices in country music.

With Kris’ help Willie gets Warren recording some of his songs and claiming authorship so our Red Headed Stranger doesn’t have to share any cash or credit with Sarafian. Things are sure to get complicated with Warren drinking too much and feeling guilty at taking credit for Willie’s songs.

Down the stretch the film turns into a bit of a sting operation to get Willie free and clear from Sarafian and back to his first love played by Melinda Dillon. She was his first wife who left him when the music business led him to the booze, women and constant partying during the film’s epilogue.

While the main thrust of the film focuses on Nelson there is no doubting that it’s Kristofferson who is leading man material. Not only could he write such great songs including Help Me Make It Thru the Night, Sunday Morning Coming Down and Me and Bobby McGee but at one time he could headline some top motion pictures before Heaven’s Gate came into his universe. He’s worked with both Scorsese and  Peckinpah and played opposite Barbra Streisand and Jane Fonda over the years.

He’s still very active in film to this day having recently appeared in the Dolphin Tale movies. For more on Kristofferson head over to Speakeasy where Kristina is featuring a late eighties flick from Michael Anderson that starred Kris.

Then there is Willie who seemed to be a late bloomer in both music and movies. He’d been around Nashville for years singing and writing but it wasn’t until the outlaw movement with fellow Texan Waylon Jennings that the recording career took off. After his debut in Electric Horseman with Redford he’s been appearing in films since. Notably in Barbarosa. He and Kris have worked in a few TV movies including a remake of Stagecoach and a take on the James Gang as well among others.

The fact that Willie’s character in this country themed musical has to put Warren’s name on his song for the writing credit recalls the fact that way back in the sixties Willie wrote a country classic called Family Bible. He sold the song outright therefore isn’t credited yet everyone around music city knew it was his composition. Great song!

There is plenty of music in Songwriter to keep the Kris and Willie fans happy. Warren wouldn’t be my choice for the next big female singer but she tries. More of a rocker’s gravelly voice then the sounds of the next Dolly Parton. 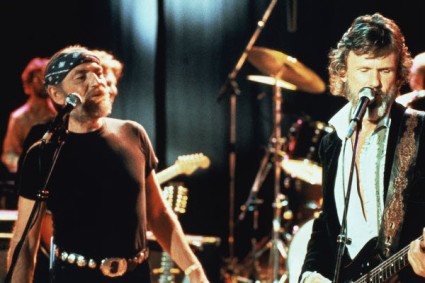 Sydney Pollack is the credited Producer here and it’s Sydney that directed Willie in Electric Horseman jump starting the singers acting career. Willie’s back up band are all in here and his harmonica player Mickey Raphael takes on the role of Warren’s boyfriend.

Director Rudolph would team again with Kris in the Noir(ish) Trouble in Mind in 1986 that garnered some positive reviews if I recall correctly from my early days of following film and the country stars turning up in them.

Not a bad film and like it or not there is no denying that Kris and Willie have that stage/screen charisma.