Throughout the seventies Charles Bronson had been a busy action star appearing in an average of two to three films per year. After Telefon, The White Buffalo and Raid on Entebbe in ’77 he took a break with no releases in 1978 and only this film from director Stuart Rosenberg in ’79. Thus it was his final release of the decade that saw his greatest period of success. 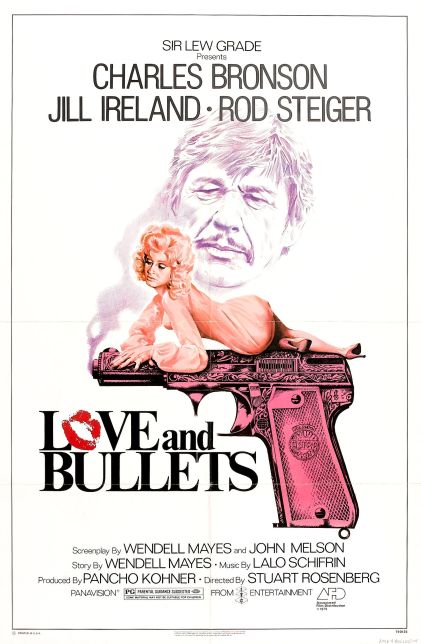 I caught this film for the first time in the early eighties when it made it’s network premier. I was far to young to see most Bronson films at the theater so I would catch most of his seventies output on late night television. This film boasted a cast of well known faces and offered the Swiss Alps as a backdrop to the carnage that Bronson was about to unleash.

When Rod Steiger’s syndicate operation takes out a local Phoenix police officer, the dead man’s Lieutenant wants to assist the Feds in going to Switzerland to bring back the mob boss’ favorite gal who has been marked for murder for fear that she has learned to much about Steiger’s business and his pals that include Val Avery, Michael V. Gazzo and Strother Martin.

So Bronson is off to the Alps to bring back Jill Ireland to testify against her former love. It isn’t long before a team of assassins descends upon them. Henry Silva plays it slick and along with Paul Koslo are one step behind the real life married couple of Charlie and Jill. They begin to realize what we the viewers have known all along. That this small time cop is no amateur. The bodies are piling up as Charlie takes out one killer after another demonstrating his prowess at designing make shift weapons put together from a tool box.

By the time Bronson is ready to hand Jill over to Feds Albert Salmi and Bradford Dillman events are going to take place that allow Bronson to revert to his vigilante justice methods that turned him into an iconic stone killer on screen. For those looking for the patented Bronson justice system it’s actually a little disappointing down the stretch. Mainly because the producers missed the opportunity to have Bronson go one on one with Henry Silva. What the hell were they thinking!

Truthfully this isn’t all that great of a film but it’s hard for me as a Bronson fan to come right out and say it. When he’s on screen he dominates so what can I say.

Around him we have Rod Steiger giving us a stuttering mob boss bordering on overacting but what’s a Steiger role without a little hollering. Jill Ireland’s role is probably the worst performance of the leads she played opposite her hubby. She and Charlie would star in a very similar themed film a few years later titled Assassination. As a fan of Silva in mob films it’s unfortunate that he isn’t given a little more to do other than stand around and look menacing when barking orders at Koslo. 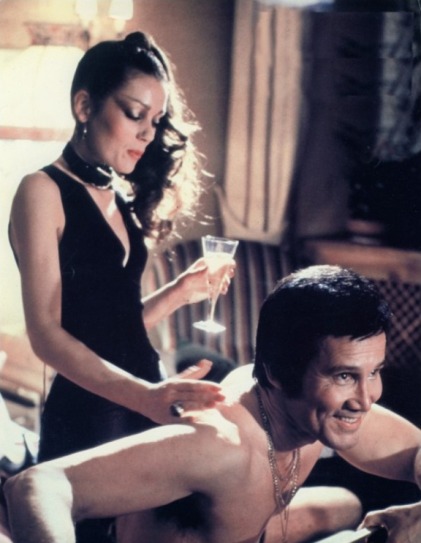 As is the case with many box office stars they surround themselves with many of the same faces and this Bronson actioner is no different. Koslo had appeared in both The Stone Killer and Mr. Majestyk while character favorite Strother Martin had crossed Charlies’ path numerous times over the years dating back to the fifties in Target Zero and Drum Beat. More recently he played Bronson’s cutman in the top notch Hard Times in 1975.

A nice bit of trivia here is seeing Strother Martin giving us a dive into a pool where he is about to meet the force of Bronson’s anger. As a young man growing up Strother excelled in the sport of diving.

Country Music’s Tammy Wynette and her anthem Stand By Your Man looms large on the soundtrack as that’s just what Jill is going to be doing for the next hour.

Rod Steiger had also shared the screen with Bronson in the fifties as his star ascended much quicker. He was billed above Bronson in westerns Jubal and Run of the Arrow where Charlie played the leader of a peaceful Indian tribe.

Overall a great cast here that is mostly wasted but for fans of the stone faced Bronson you’ll have to pick up a copy that was recently released on DVD as a double bill with the film Russian Roulette.