One sub genre I catch myself going back to occasionally is the action films of the VHS era. Where stars like Rutger Hauer turned up in countless flicks on my weekly visit to see whats new at the video store that never turned up on any big screen in my corner of the globe.

Hit List is just such a film from director William Lustig. Here’s a director that has given us the Maniac Cop trilogy with Bruce Campbell in the series opener. Heavy on the violence this film delivers just what I expected. Plenty of gun play, blood and a few well known faces holding the weapons.

FBI agent Charles Napier is trying to put the squeeze on mobster Rip Torn. To do so he has Leo Rossi in custody with the hopes of getting him to turn states evidence to put Mr. Torn away for good. Rip isn’t about to let any witnesses make it to court. Enter his number one hit man, Lance Henriksen. Lance moonlights by day as an Al Bundy type shoe salesman but is pure evil when wiping out any threats to Torn. 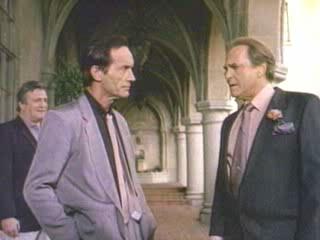 When Lance makes the mistake of hitting the wrong house to take out Rossi and kidnapping the wrong child, Napier’s FBI agent is about to have his hands full with the boys real father played by Jan-Michael Vincent. Like many action heroes before and after, Vincent takes the law into his own hands by snatching Rossi from the FBI and the two become an uneasy team in getting back the boy and taking out Henriksen.

Violence and sadism are on overdrive when Henriksen is on screen. Whether he’s sadistically killing witnesses or getting his due justice from our vigilante heroes towards the gory end. Lance is always worth checking out even if he is quite often better than the material he finds himself in.

One look at the height of Rossi’s hair style and you know what era this film was produced. Good ole’ boy Rip Torn does a ham job this time out but seems to be having fun as he goads Charles Napier throughout. Napier is of course the lead singer of The Good Old Boys in The Blues Brothers and for me will always be connected to that film. Can he drive a motor home or what!

By this time in his career Jan-Michael had lost the boyish looks that helped propel him to stardom. Growing up I loved catching him play opposite my action heroes. Bronson, Mitchum and then playing the truck driving hero in White Line Fever. Sadly his problems became well known and his popularity seemed to fade overnight. 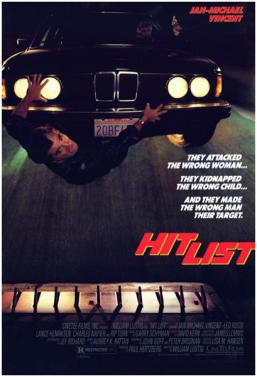 If you are in for a taste of action in the direct to video style then this might quench that thirst. Then there is the added bonus of Lance Henriksen to keep you occupied but you may have to find one of those “old” VHS copies to catch this one.