One of 5 films handsome Tyrone Power and classy Loretta Young joined forces to make in the late 30’s. This one is a 1937 comedy that comes in at a tight 77 minutes from 20th Century Fox. Supported by a fine supporting cast including Don Ameche, cad George Sanders, Jane Darwell and a young Elisha Cook Jr. this is a nice bit of screwball fluff. Power would be so successful in these types of films that he was inevitably cast in the same role opposite Gene Tierney in a 1948 remake titled That Wonderful Urge. Love is News is good news when it comes to 1930’s comedy. 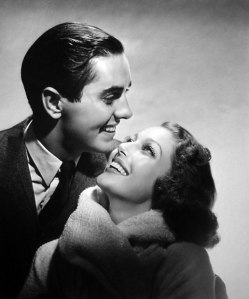