Proving they were a perfect match beyond the Thin Man series, William Powell once again joins hands with Myrna Loy for a winning screwball romp under the MGM banner for director W.S. Van Dyke in their ninth of 14 films together.

This time out we’ll begin on an ocean liner that sees Powell as a straight laced teetotaler and a frugal penny pincher to boot. While on board he gets tangled up with a drunken Frank McHugh and in the act of saving McHugh’s life after he falls overboard, Powell sustains a nasty blow to the head by an oar. When coming to it would appear as if Powell has lost his mind and all knowledge of just who he is. But the fact is the blow has brought him to his senses. He’s actually a gangster who had gone missing in 1931. For the past nine years he’s been a gentle man living in a small town serving on a board of directors and is married to Myrna Loy. It would appear as if he’s already received a blow to the head nine years previously that sent him on a different path but now he’s back to his conniving criminal ways.

Thankfully McHugh is a con man himself and more than willing to help Powell claim the thousands of dollars that the gentle Powell has accumulated in trust. McHugh is going to pose as Powell’s personal physician to help him navigate his way through bankers, lawyers and Loy.

At first Powell has no idea he’s actually married to Loy so that in itself is going to create some comical escapades upon his arrival back in the community he calls home. He’s less then excited when learning she wants a divorce from the him. The reasons? He’s boring, cheap, plays things safe and is far too predictable. She’s in for a surprise now that Powell the cocky, surehanded gangster is back in action.

Loy has already secured herself a fiancé who’s lying in wait played by Donald Douglas. This gives Powell’s gangster something to contend with and he’ll set out to “win her back.” Dancing, drinking, spending money on her and even cooing like a bird in a charming bit of romancing Miss Loy. All of which gives her a zinger of a line, ‘Ever since you got off that boat you’ve been chasing me like an amorous goat.” 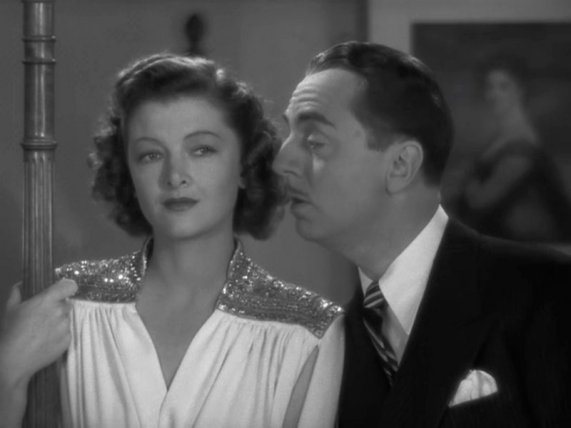 Anytime Powell gets caught in a situation he is unfamiliar with, like the moment he’s asked to play the a song he’s supposedly composed on the trumpet for the community he’ll automatically faint and phony doctor McHugh will quickly move in to get him out of any predicament that might prove he isn’t who he’s supposed to be. On top of that, Powell, calls in an old gangster pal, Edmund Lowe, to assist in making off with the communities monies that have been placed in Powell’s trust.

Before we get to that there’s another funny bit where the boy scout troop come calling. Apparently the saintly Powell was the head scout and a master outdoorsman. Among the troop you’ll be sure to recognize Carl “Alfalfa” Switzer and a keen eye is sure to spot the little seven year old tyke among them who would one day become a leading man of the 1970’s, Robert Blake. Trivia buffs will note that both Switzer and Blake were members of the Our Gang comedies. This outdoor adventure is another winning gag in the film credited to screenwriters Charles Lederer, Harry Kurnitz and George Oppenheimer. 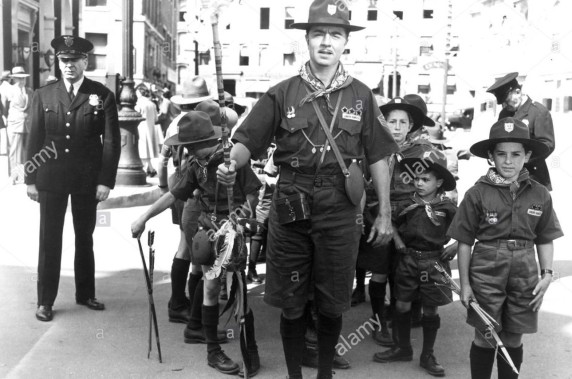 Not much else to tell as we’ll all figure out just what’s going to happen long before we get there. No that’s not a knock on the film at all. Because getting there is the whole point and the journey is entertaining as heck with the winning combination of Powell and Loy complimented by a Franz Waxman score. Hey! Did I just spot character player Ray Teal in there? Proves he didn’t always turn up in westerns. You may know him best as Sheriff Roy Coffee on Bonanza.

This was the fifth time that Powell and Loy were directed by Van Dyke and he’d also direct them again in the next film of the Thin Man series to be released in 1941. Van Dyke directed a number of popular films for Louis B. Mayer’s studio and worked with many of those stars from the heavens including Gable, Shearer and Tracy. Always on the look out for movie posters in movies, there’s a clip of our leading players passing a small town theater and we can clearly see that Spencer Tracy is starring in Northwest Passage. What’s interesting here is that according to the IMDB, Van Dyke, directed some scenes for the film uncredited as did Jack Conway while King Vidor is the director credited on film. Sadly, Van Dyke, would take his own life in 1943 ending a long and successful run at MGM. Among his films are Tarzan, The Ape Man, Manhattan Melodrama, The Thin Man, Marie Antionette and entries in the Andy Hardy and Dr. Kildare series.

Thankfully the Loy and Powell films are still enjoyable today and easy to locate. I Love You Again is one of the films included in the collection of titles they starred in together released via the TCM Spotlight Collection. 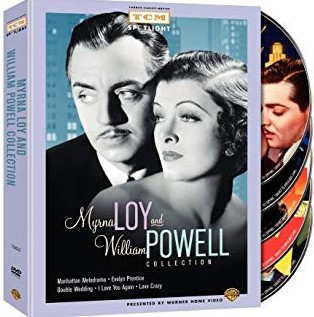