Canada’s beloved Blue Jays wrapped up their season as September wound down and with that I guess I’ll watch the world series and move on to what is known in Canada as the fifth season alongside Fall, Winter, Spring and Summer. Yes it’s Hockey season. But that won’t stop me from doing my best to actually watch some of these many thousands of titles I’ve accumulated over the years that rest easy here on the shelves in the movie room.

On to wrapping up just what I found the time to watch in the month of September.

I don’t give a damn what the historians say, it’s still a Bond film. Connery’s participation only solidifies my opinion. As for the film? I really like the first two thirds but alas find the final third a bit of a letdown. Sounds and looks like script troubles to me. Another thing I hate about this one getting the cold shoulder is that Barbara Carrera is one of the best Bond babes/villainesses of the entire series and doesn’t get the credit she deserves. As a matter of fact she might be THE best villainess that 007 ever tangled with. Period! Just because it isn’t in all those Bond box sets on home video, don’t forget about this one.

Counterpoint – It’s Heston vs. Schell on the front lines of WW2.

Hammer Horror : The Warner Bros Years – Another entertaining documentary on the Studio That Dripped Blood.

And why wouldn’t I want to revisit this superb gangster flick starring De Niro and Pacino? Especially as we get closer to the release of their new pairing for Martin Scorsese in The Irishman. I’ll get to a proper spotlight on this one someday but I am going to assume each and every one of you who are stopping by for a look have seen this must see Michael Mann flick with a first rate cast supporting our pair of icons. Excuse me? You haven’t seen this? If that’s the case you’d best get at it.

Lost in a Harem – Abbott and Costello find themselves in the dream territory of most any man.

I revisited this one on a whim and have to be honest, I forgot just how funny it is. Steve Martin plays an Ed Wood like director trying to put a new movie together starring the world’s number one action star, Eddie Murphy. Just how he does it is an ingenious idea. Let’s just make a movie with him in the lead role without him ever knowing it. Thankfully Eddie is a rather paranoid leading man who falls into this alien invasion themed script that Steve has him lined up for. A whole lot of fun.

Circus World – John Wayne heads a top cast in a tale of the Big Top.

Easily paced, this is apparently Robert Redford’s final acting gig. In it he plays an aging bank robber though always a gentleman. He just loves the thrill and despite career setbacks continues to find himself in front of a bank teller. Joining Redford for this slice of life tale is Sissy Spacek who shines as a possible love interest for our career criminal. I liked the pacing of this one and it’s a good role for Redford at this stage of his career. Also joining him are Danny Glover and Tom Waits on the heist jobs. Out to hunt him down is police officer Casey Affleck and it’s his relationship with Redford that gives the film a certain charm. Not hard to see this as a double feature with Clint Eastwood’s The Mule. 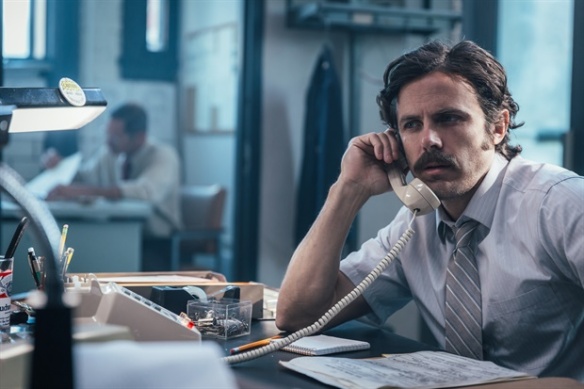 The Phantom of the Opera – Herbert Lom takes center stage in the famed role.

Again here’s another title that deserves a spotlight of it’s own and someday I’ll feature it with all it’s quirky quotes and dark humor. It’s a no brainer to sit in and watch any film that my two sons decide to watch as they play catch up on some cinematic classics and all the better when they invite me to sit in with them. As for this Kubrick film starring an amazing Peter Sellers, George C. Scott, Slim Pickens and Sterling Hayden who I think comes off best just remember, “you can’t fight in here! This is the War Room.”

One Touch of Venus – None other than Ava Gardner as the Goddess of Love. 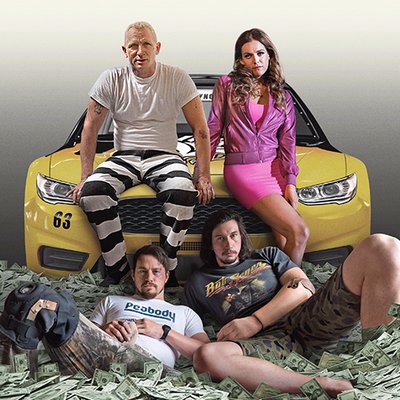 Another heist film from director Steven Soderbergh and all I can think of is where the hell’s George Clooney? The gate at a Nascar event is the target for a gang of slow talking idiots led by Channing Tatum, Adam Driver and a blonde haired doofus played by James Bond himself, Daniel Craig. Leisurely paced and why not considering everyone talks with a drawl and no one seems to be in a hurry. Honestly I can’t quite figure out if I much liked this one. I’m watching it and thinking “I wonder if this might become some cult flick in a few years like a Coen Brothers effort” but I guess time will only answer that one. It also has Hillary Swank, Seth McFarlane, Katie Holmes, Dwight Yoakam and a gal I thought was cute in a Daisy Dukes kind of way, Riley Keough. No wonder. She’s the granddaughter of Elvis Presley and in our house, we all love the King.

The Golden Salamander – Trevor Howard finds himself in a world of trouble amidst gunrunners and Herbert Lom.

Laughable exorcist wannabe with James Farentino looking into some devilish fires at an all girls school in this Made For TV effort you can find available on the Warner Archive line of DVD’s. Oh yeah, it stars a pre-famous Harrison Ford as the hunk science teacher that the school girls all have their eyes on.

As has been my custom of late, I’m still working my way through a 30 pack of Perry Mason/Raymond Burr titles conveniently put out in a collector set of DVD’s. Among the four titles I watched this month, we had victims, suspects and accused characters consisting of faces that are fun to recognize. Among them Debbie Reynolds, Pernell Roberts, Brian Keith, John Ireland and even David Hasselhoff.

Now it’s time to embark on a steady diet of horror titles for October that I’ve been accumulating thanks to the fine folks at Arrow Video, Scream Factory, Vinegar Syndrome, Indicator, Severin Films, Code Red etc…