Taking up a theme as old as movies, Harry In Your Pocket is the story of a veteran and the kid he takes on as a protégé. It’s been done in western scripts with gunslingers to pool room hustlers like Fast Eddie Felson taking on a young shark with dazzling skills on the green felt. This time out it’s the world of professional pickpockets that casts an impressive James Coburn as the pro and Michael Sarrazin as the rookie who wants to learn all he can from the master.

The film has a certain tongue in cheek attitude which presents itself in the opening scene as Walter Pidgeon meets an incoming Coburn at the airport in Seattle. Pidgeon is the wily veteran who at one time taught Coburn the skills of an ace Cannon in the pickpocket field and can’t help himself when he sees an easy mark. Coburn arrives and pleasantries are exchanged. It’s at this point Coburn sees a man panicking in the ticket line as he can’t find his wallet. Coburn gives Pidgeon a scowling glance and the two will conveniently drop the wallet in an easy loction to be recovered before moving on. 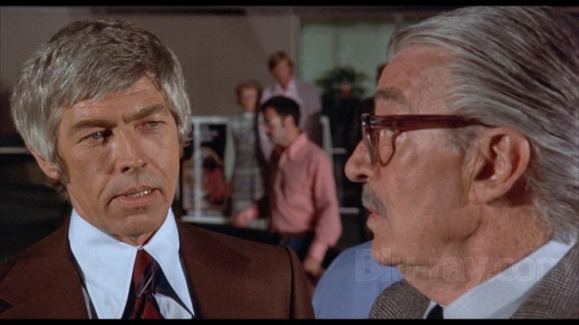 Cut to a young Sarrazin plying his trade in a local bus depot to very little success. The whole time he’s being watched by an amused Trish Van Devere who Sarrazin will ultimately take a shot at stealing from. She’ll call him out on it and there chance meeting will blossom into a romantic interlude that becomes a permanent partnership when she finds herself becoming engrossed in the world of thievery. 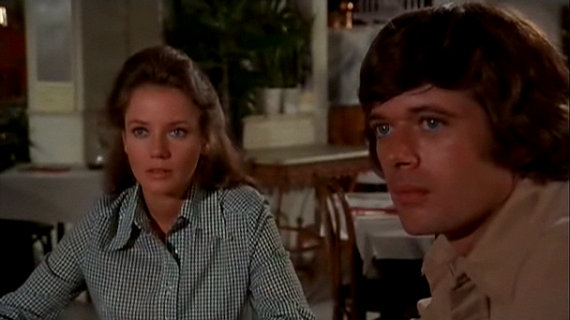 Coburn is looking to put a crackerjack operation together and along with Pidgeon will recruit the youngsters to become part of a skillful operation. Coburn is the Cannon, Pidgeon the Steerer with the youngsters playing the parts of the Stall. Don’t know what all these terms mean? Well it’s Pidgeon who will Steer the gang to a mark he knows is worthy of robbing. Trish is the Stall. She’s dressed provocatively and will accidently bump into the mark who is more than happy with the meeting only to have Coburn the Cannon lift his wallet. Along comes Sarrazin who will take the hand off in keeping with Coburn’s number one rule. “Harry never holds.” Sarrazin will immediately hand the prize off to Pidgeon in what seems like an elaborate football play of lateral passes. 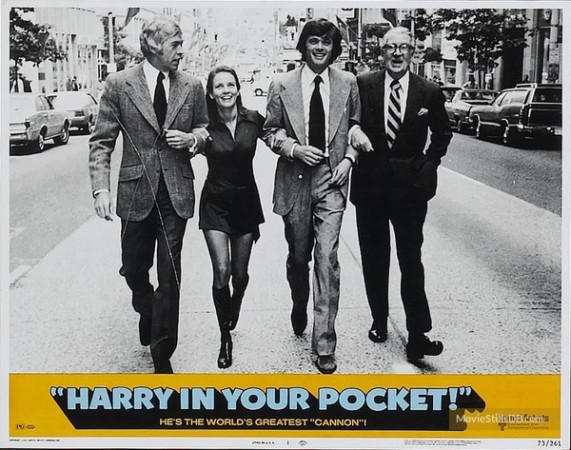 One of the major highlights of the film is watching the team in action as they go about lifting one wallet after another. Makes you wonder about that time you lost your own wallet and if it all started with that pretty redhead who maybe dropped her grocery bag and you stopped to help her pick the apples up off the ground. Maybe you saw what looked to be a Jimmy Coburn lookalike walk by. Yup, Harry was in your pocket.

Coburn has an eye for the ladies and from the moment he meets Trish she’s on his dance card. That’s where the drama will come into the story as Sarrazin isn’t overly happy with the situation. He wants to go out on his own with Trish and urges Pidgeon to teach him the skills he’ll need to stay one step ahead of the marks he’ll target. Pidgeon who started in movies way back in 1926 and would retire from the screen in 1977 is a joy to watch here as the wise old fox with a weakness for cocaine. He has a respect for the trade and talks of it fondly as if it’s a perfectly honorable profession.

At heart it’s all a con game and one worth seeing for not only the cast who all excel in their roles but for a subject that to the best of my knowledge has never really been the central focus of a film as it’s been done here. Coburn has that flair with a smile to once again prove himself likable. Even when he’s a less than honorable character at various points of the story. But again who doesn’t love that Coburn grin. 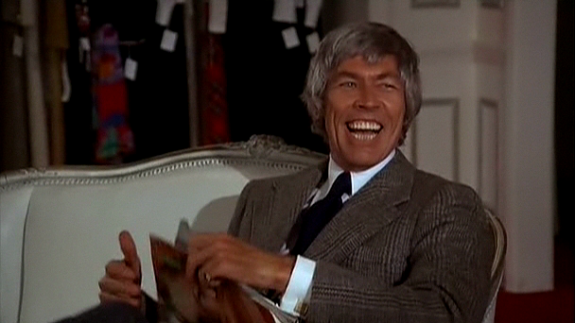 1973 was a great year for Coburn on screen. Alongside this enjoyable outing audiences could also catch him in the superior murder mystery The Last of Sheila as well as the Peckinpah classic Pat Garrett and Billy the Kid. Sarrazin would also have a memorable role during the 1973 season but on the small screen in the outstanding Frankenstein : The True Story which to put it bluntly is a MUST SEE for fans of the many screen adaptations of Mary Shelley’s classic. Miss Van Devere is probably best remembered for a series of films she made with her now late husband, George C. Scott including the classic creeper, The Changeling from 1980. Pidgeon? Well he’d play a pickpocket one more time before calling it a career in the 1976 thriller Two-Minute Warning. 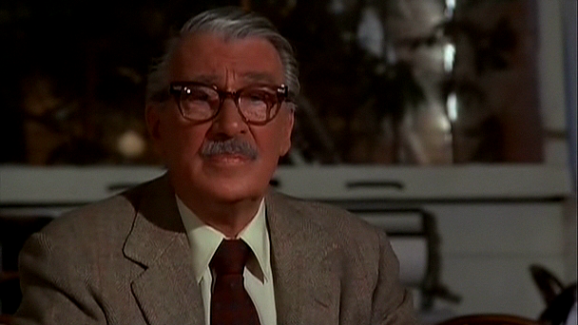 There’s a fun conversation within this film from director Bruce Geller concerning cash vs. the rising popularity in credit cards and how it’s going to ruin the pickpocket trade. Here we are today and I would assume a good majority of marks are carrying just that, cards and little cash.

My initial interest in the film was Coburn when I saw it many years ago and with it finally turning up on blu ray from Kino I’ve seen it for just the second time and found it to be a fine film and one worthy of your attention. As a matter of fact I could easily see it being remade for today’s audiences. Give it a look and let me know what you think. 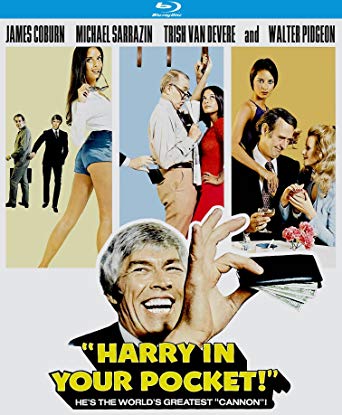