When contacted by Classic Horrors to participate as a guest writer I was quick to jump on board as it presented me with not one but two challenges. First up was to watch a genre title I hadn’t yet seen made prior to 1979 (that eliminated the Hammer and Universal Monsters) and secondly the opportunity to scan my shelfs in the vault here at Mike’s Take to find something that lay dormant and unopened. Low and behold I had ordered Arrow Video’s box set titled The American Horror Project over a year ago and still hadn’t torn the wrapper off it. Which brings us to this very trippy exercise in metaphysical horror.

This Avco-Embassy backed production can go one of two ways depending on the viewer. Some are bound to call it a slow moving waste of 93 minutes and the next individual might spin it around raving it’s an arthouse classic. I’m kind of in the middle thinking it’s got something that will probably draw me back for another look to see if it grows on me.

Directed by Robert Allen Schnitzer, The Premonition features a haunting score by Henry Millicone that practically becomes a character of it’s own at the film’s conclusion. It all begins when Barbara Hershey look-a-like, Ellen Barber, exits a bus in front of a road side carnival where she’ll connect with a clown/mime played by none other than Richard Lynch. A man who can sell a horror film just by turning up on camera.

The pair are looking for a lost child. One that Miss Barber believes is hers and very well might be. She may be drop dead gorgeous walking about in a stunning red dress against a pale background but she’s not quite as sane as society would like her to be. Lynch has found her little girl thanks to snapping pictures of the many children who come to see his carnival act. From here the pair will move forward with a plan to abduct the child and make her their own. I guess this is where we might pause and say it’s a plot that presents us with a horror far too many of us may have faced in real life.

Graduating from practically every TV show produced in the 1960’s and early 70’s is top billed Sharon Farrell as the little girl’s mother. What makes the eventual abduction all the more interesting is the fact that she and her husband played by Edward Bell did in fact adopt their little girl. When Farrell thwarts the plans of Barber stealing her child in the middle of the night from her own house, the film turns toward a drug induced trip featuring mental breakdowns and nightmarish images sending Farrell to the brink of insanity.

Her hubby Mr. Miles works at an institute that probes the power of the mind and I’m not even sure where to begin in describing just what the hell is going on hence my thinking it deservers a second viewing. There’s an obvious link between Farrell and Barber going on that’s not of this earth. I say this because Lynch and Barber are going to have a violent falling out that will lead me to wander if the little girl’s real mom is indeed Barber and she’s now leading Farrell from the other world to relocate her daughter after the little girl falls into the clutches of Lynch following a car accident.

Then again, did Barber actually cause the car accident that left Farrell in a hospital and her daughter in a state of shock walking towards the carnival in the early hour morning hours in the first place?

As you can see, there’s a mystery in here. Like some art house experiences, I’m not exactly sure if I’ve fully captured just what The Premonition was itself trying to capture. On the plus side is Jeff Corey starring here as a police detective trying to locate Farrell’s little girl. Not familiar with Corey’s name? Guaranteed you’ve seen him and his bushy eyebrows somewhere before. From 1940’s cinema all the way to harassing John Wayne in True Grit and beyond. Many actors of the past might even tell you they learned to act under his guidance as he was a noted teacher out of his home during the years when he ran afoul of the McCarthy hearings resulting his blacklisting. Among his students you’ll find the names of Jack Nicholson, Kirk Douglas and Anthony Perkins. 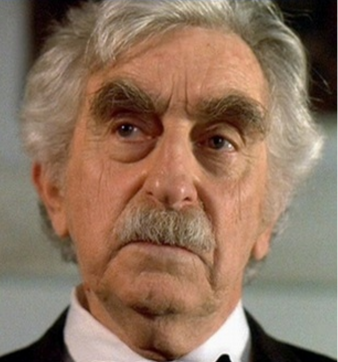 When the final reel comes to a close I must say I did like how the director who also scored a writers credit wrapped this up bringing all the characters together as they converge thanks to that musical score from Millicone.

Richard Lynch is an actor that should need no introduction to genre fans. Each one of us probably can name a film or two that stands out among his many appearances as the one you most associate him with. Even if you haven’t seen it in years, you’ll instantly recall his performance in it. I think of titles like Scarecrow opposite Pacino, a television Vampire, Invasion U.S.A. for Cannon Films and his role as the fire induced nightmare in Bad Dreams to name a few.

I’m curious to see if there are any strong opinions in one direction or the other as to the merits of The Premonition. If you’ve seen it, feel free to share and if you haven’t then give it a look as it might be a hidden gem. Then again if it’s not to your liking don’t say I didn’t warn you. Either way it’s an opportunity to place a check mark beside another screen credit of Lynch and Corey if you’re like me and have fun keeping score.

Thanks again go out to Classic Horrors for having me and my ramblings on this nightmarish vision from director Robert Allen Schnitzer. 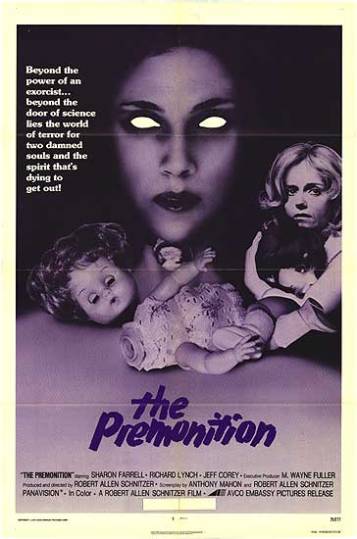