Blake Edwards. That name was synonymous with The Pink Panther series in my house growing up laughing till I cried while watching the antics of Inspector Clouseau as enacted by the comedic genius known as Peter Sellers. Long before Blake and Peter would set movie screens afire with laughter, Edwards had numerous projects under his belt as a writer that teamed him with Mickey Rooney including this low budget effort from producer Herbert J. Yates at Republic and director Leslie H. Martinson. 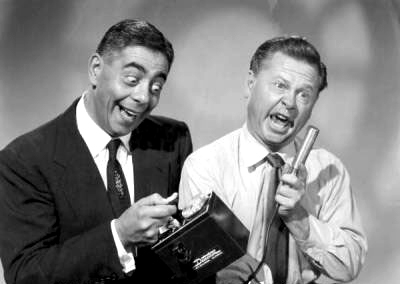 The Atomic Kid is ideal as a matinee piece for the youngsters of the era or those looking to turn the clock back to a time when Rooney was no longer one of the leading stars at MGM but making his way through the 1950’s in a variety of titles of varying quality. Here he comes across as a Lou Costello wannabe while costar Robert Strauss leans to giving us a Bud Abbott styled performance at times.

It’s a simple tale from the pen of Edwards that features our two less than street smart funnymen going in circles around a desert area outside of Las Vegas looking for Uranium. What they don’t realize is they’ve wandered into a nuclear test sight. Model homes and mannequins included. Get ready to cue some stock footage for the eventual mushroom cloud explosion. The boys think they’ve stumbled into a model home with a major Uranium deposit in the back yard not realizing just what is in that “radio” tower off in the distance. In order to lay claim to their find, Strauss grabs the car sitting idly by the test sight and heads to town to secure a deal leaving The Mick to hold the fort in case any other interested parties come along to look at the model home.

Time for the military and scientists Whit Bissell and Bill Goodwin to press the launch button. Strauss gets pulled over by the military but it’s too late. By the time the message of Rooney’s whereabouts reaches HQ the bomb explodes in a glorious fireball. The Mick should have been vaporized but low and behold when the emergency crews arrive, they find him alive and full of radiation poisoning. “Don’t touch him.”

Turns out Mickey is one of the greatest miracles of scientific history and no one knows why. 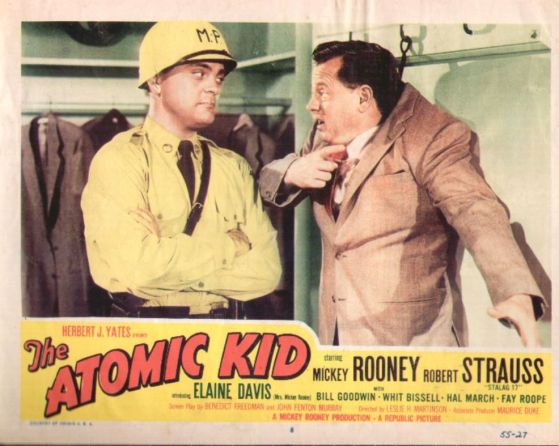 Now that he’s a top secret priority and quarantined, maybe he’ll get to know his pretty nurse a whole lot better. Hold on a minute. He already has off camera. Starring as Mickey’s personal nurse who thinks he’s rather cute is Elaine DeVry billed here as Elaine Davis followed by a bracketed Mrs. M. Rooney. She was wife number 4 for those keeping score of Mickey’s eight trips down the aisle. While Mickey’s been put in deep freeze from the public, Strauss has assigned himself the role of Mickey’s press agent cutting the little guy in for 10% of everything they take in. Sounds like a Bud Abbott move to me. 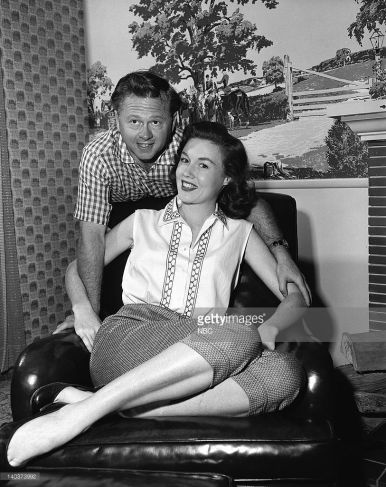 The problem is Strauss is nearly as gullible as Mickey. Spies are luring him with the promise of big dollars for Mickey’s life story provided he can get them pictures and data on what has kept Mickey alive through the blast. The Russian agents believe Mickey is a prototype the U.S. government has come up with to defend against a nuclear attack. 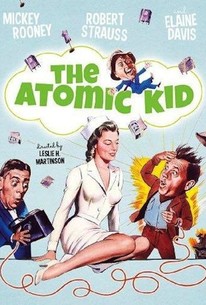 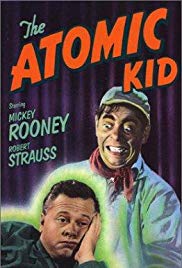 I’ll sign off now on the plot points and let you find a copy for yourself if you’re into it. I found one thanks to Olive Films putting it out on DVD. Still I do like the artwork on the old VHS edition I used to own. For Vegas buffs there is some early footage of Freemont Street included here and a funny bit that sees Mickey walking though a casino with slot machines spitting out dollars as he walks by thanks to his atomic condition. I also got a charge when Strauss figures on selling their story to Hollywood and counting on Gable to play him on screen.

Mickey’s answer to that? “I wonder if Gable’s good enough?”

Yes it’s all rather tame and the gags are weak considering Mickey was one of the biggest stars of the 1940’s and he’s just 34 years of age at this time. But the years following his departure from his home studio under the guidance of Louis Mayer were sometimes not the kindest to Mick and he’d find himself slumming between gigs in films like the Bridges at Toko Ri and Operation Mad Ball. Never really recapturing the glory years, Mick would attach his name to various products including this one I came across recently at an antique market. The Drink Master with the tag line, “Take it from the Mick … it makes ’em thick.” 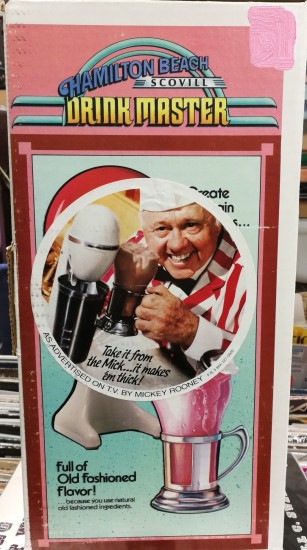 Mickey scored a producer’s credit on this making it one of just seven to his name over a lengthy career. Other titles that he and Blake Edwards as a writer teamed for include Sound Off (1952), All Ashore (1953), Drive a Crooked Road (1954), The Mickey Rooney Show (1954-1955) and Operation Mad Ball (1957). Edwards would also direct Mick in what proved to be a controversial casting looking back as Mr. Yunioshi in Breakfast at Tiffany’s in 1961.

Far from Mickey’s best, flicks like The Atomic Kid kept the pint sized comic working through the fifties and when caught in the right mood it can give you a chuckle or two. Three might be pushing it and four should be considered over the line.

Unless of course your a little kid no taller than The Mick himself. 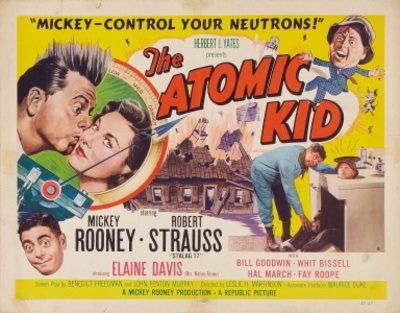