November sometimes represents a month of horror movie withdrawal for me after binging on them for the Halloween season. With Christmas right around the corner and holiday movies lined up, I tried to vary my choices of both old and new for November and that even included a rare trip to the theater. Something I haven’t been doing this year. Getting cheap? No, just far too busy between work, blogging and cataloging I don’t know how many posters I have tucked away here in the vault. Items like this gorgeous Glenn Ford import 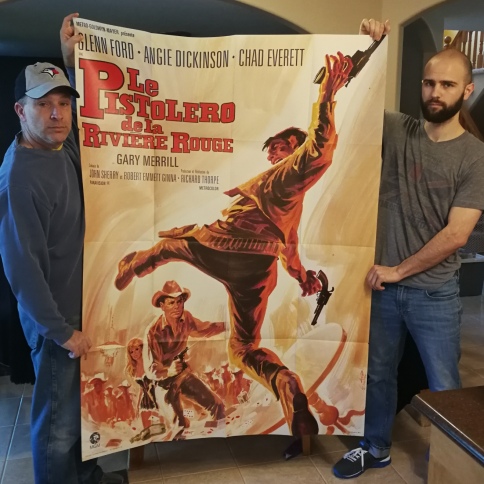 Now it’s on to the monthly wrap up……

Decent cast in what feels like a poorly executed movie overall. A terrorist attack leaves Jeremy Irons watching his wife and child murdered in a hostage situation gone wrong. He decides to put his investigative reporting skills to use plus everything he’s learned from watching the Death Wish and Dirty Harry films. He turns vigilante while agent Forest Whitaker is trying to figure out just who is knocking off members of a terrorist ring suspected to be the ones who led the airplane heist at the film’s opening.

Town Without Pity – Kirk Douglas as the military defense council for 4 accused rapists should pack more punch than it does.

Firepower – James Coburn meets Sophia Loren in St. Lucia in what amounts to a letdown. 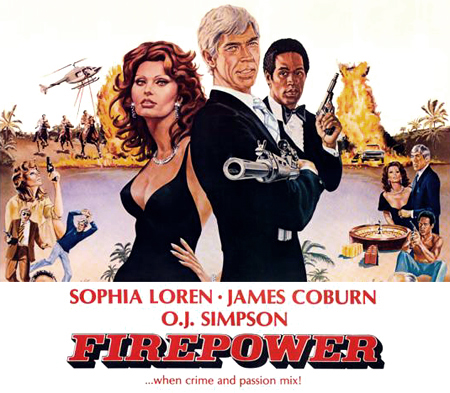 The Sicilian Clan – Must see with Alain Delon, Lino Venuta and Jean Gabin

Knock on Any Door – Lesser Bogart but its still Bogie and that commands respect.

I noticed my wife reading the book and asked if it was about a monster in a museum. “Yes it is.” Then why don’t we watch the movie when you’re done? It’s up in the movie room and has good old James Whitmore in it alongside Tom Sizemore and Penelope Ann Miller. So-so but full of plot holes. Book was probably better.

Might this be the last Adam Sandler movie I ever watch? Who knows but I hadn’t seen it yet and from what I hear anything from the last few years is embarrassingly bad. This one had me chuckling at times with a few of the sight gags and comical situations so what the hell. It also didn’t hurt to have Jennifer Aniston and Brooklyn Decker parading about in bikini’s either.

Man’s Favorite Sport? – Rock Hudson takes on the sport of fishing with a little help from Paula Prentiss. A winner.

Death Rides a Horse – previously featured but just had to check out the new blu ray of this Lee Van Cleef special.

First rate! Viola Davis hits it out of the park as one of four women who lose their husbands in a heist gone wrong. Up in smoke went the cash from the heist and the money was bad. Now the gangsters who are out the 2 million have given Viola one month to come up with their money. Or else. There is way more going on here than just a straight forward crime drama. Plenty of twists and turns with an outstanding cast along for the ride. Michelle Rodriguez, Cynthia Erivo, Elizabeth Debicki, Liam Neeson, Robert Duvall, Colin Farrell, Jon Bernthal. Have I actually gone to see a movie that might be in the Oscar race this year? If I have it will at lease give me some rooting interest.

This Woman is Dangerous – Joan Crawford almost goes the Noir route….. with some melodrama mixed in.

Rocky IV – Just in case I wind up visiting the theater to see Creed II I thought it best to refresh my memory on the backstory of Ivan Drago. “I must break you.” 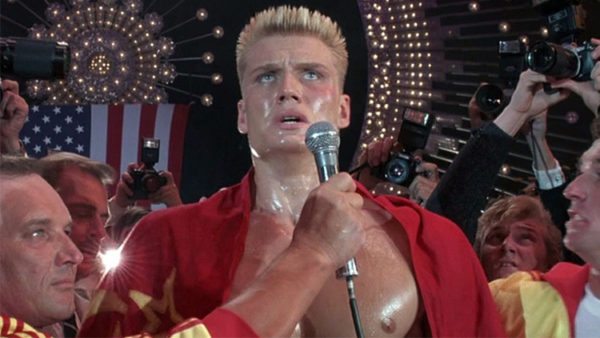 The Gambler – James Caan in the 1974 version with a fun cast around him.

Devil Dogs of the Air – James Cagney and Pat O’Brien take to the skies for Brando’s Pick of the Month.

Helen Mirren and Julie Walters hit a bullseye with this comedy drama taken from a true story. They’re members of a ladies club who in order to raise funds and pay tribute to Walter’s late husband decide to issue a calendar of questionable taste to some members of their small community. It turns them into a worldwide phenomena as they and members of the club pose in their birthday suits. Well done and with Miss Helen aboard, it’s hard not to cheer her and the gals on to success. 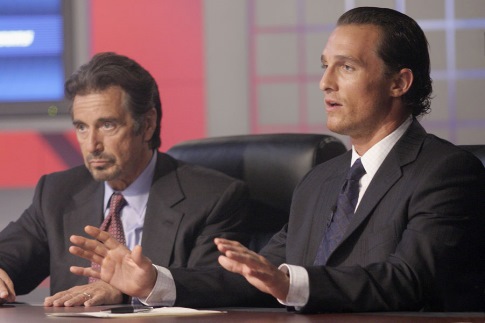 I’ve been meaning to catch up to this for far too long. Should have gambled on it sooner. I liked this tale of sports betting with Al Pacino as the veteran and Matthew McConaughey as the young upstart who knows how to pick a winner. Rene Russo adds that extra bit of class to the proceedings that almost makes me want to call a local bookie and place some bets. Almost……

Well, what’s your score on these? Seen them? Any favorites in here?