It’s thanks to TCM that this low key mystery with a hint of Bond came into my viewing circle recently and one I found very enjoyable thanks to an actor I’ve never given much more than a second glance at, Patrick O’Neal. His underplaying of an insurance investigator/agent/spy/tough guy has a perfect pitch to it and never finds him winking at the camera though the opportunity was there throughout the proceedings that featured a solid cast of well known faces surrounding him as he plies his trade in Switzerland. 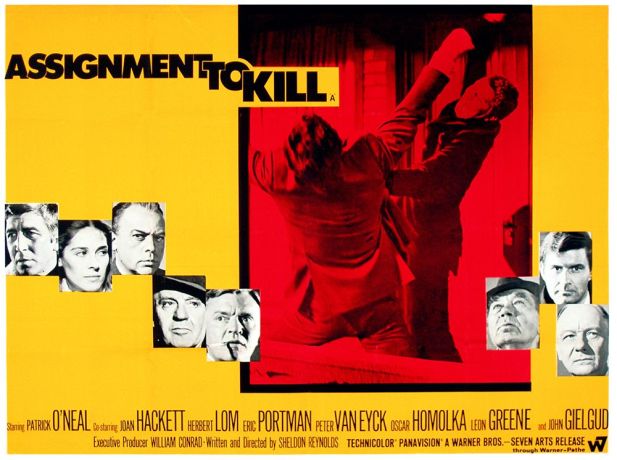 Written and directed by Sheldon Reynolds and filmed on location in Switzerland, O’Neal’s quiet hero who chooses his words very carefully will be hired by Kent Smith. He’s to investigate the disappearance of a man who may hold the key to two freighters being intentionally sunk resulting in the deaths of 28 men and a very hefty insurance payoff that the company would like to rescind.

Upon his arrival he soon finds he has a competitor, namely Herbert Lom and a couple of thugs who will quickly make their presence known to O’Neal after he verbally fences with Lom about finding their man. The trail will quickly lead to Joan Hackett who takes a shine to our quiet hero. More than that she finds this whole mystery quite engaging and adds some fun to the film. She knows the whereabouts of the missing man and sets up a meeting. It’s here that O’Neal will be introduced to Peter Van Eyck who admits he sunk the ships and now fears for his life. He’s become a loose end to the actor whose name appeared in the opening credits under the “And” catchphrase, John Gielgud. 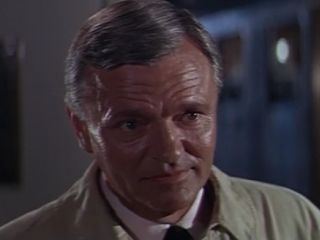 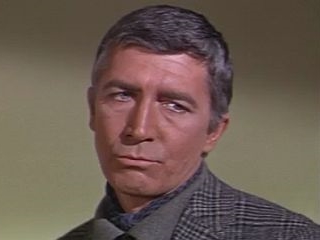 Dear Herbert Lom isn’t easily shaken off and Van Eyck isn’t long for this world. This puts Lom into the category of dangerous and Miss Hackett becomes rather disappointed in her knight in shining armor when he declares he’s heading back to Smith’s firm with a closed case. She expects O’Neal to deliver justice by proving Lom a killer and whoever he’s working for (Sir John) to be exposed. O’Neal is having none of it until she purposefully tells Lom that Van Eyck left a notarized confession to be turned over to law enforcement in the event of his death and she knows where it is. This puts her in harms way and forces O’Neal to stick around the Swiss Alps for the inevitable clash of good vs. evil. One that will even throw a curve ball I didn’t see coming and would surely have lost a wager on if one had been offered. 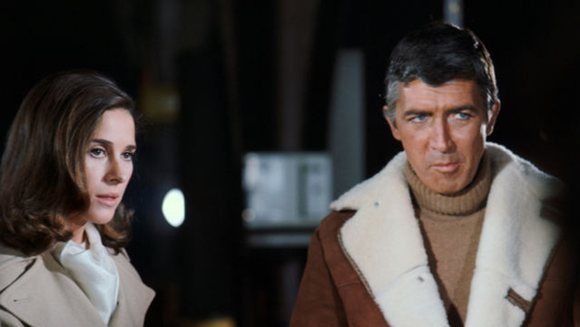 Sticking to the sidelines for this decent thriller was it’s producer, actor William Conrad. Also turning up for the mystery is Oscar Homolka as a Swiss police officer who gives O’Neal his blessing to close this case using “whatever” means necessary which includes a well staged fight between Patrick and Lom’s main henchman Leon Greene. To the death. Eric Portman makes a brief appearance and a sexy looking lady stops in to play Sir John’s daughter who takes a long look at our hero as if he’s stepped out of the pages of a Dashiell Hammett mystery. I had no idea who it was so after a quick bit of research I learned it was Mrs. O’Neal. Cynthia O’Neal stars here opposite her hubby. It would be another 22 years before the two shared the screen together once again in Sidney Lumet’s Q & A.

No this isn’t an outright spy film but it has that feel of the genre as many films did during the height of the Bond influence. If one listens closely to the music credited to William Lava, you can hear 4 beats of that famous Bond opening. I’m not imagining this either. I rewound the film twice and got a second opinion from my dear old Mom who was visiting. She nailed it. “James Bond” she said. 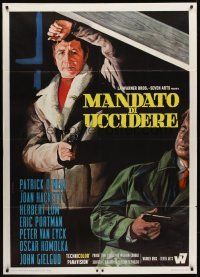 So while I did indeed like O’Neal’s calculating agent I couldn’t help but think to myself, “this role has James Coburn written all over it.” Can’t help but wonder if he might have been approached as he was excelling at this type of film during the latter part of the decade though I can’t see him playing it as dour as O’Neal. Jimmy would have flashed us that million dollar grin somewhere along the journey. Herbert Lom? Hey this viewing allows me to check another film off his credit list. Growing up with Chief Inspector Dreyfuss has made me a life long fan of the actor who was so much more than a comedic fall guy for the genius of Peter Sellers. 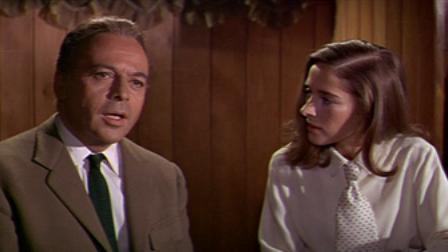 Keep an eye on TCM for this one that is also available via the Warner Archive Collection. 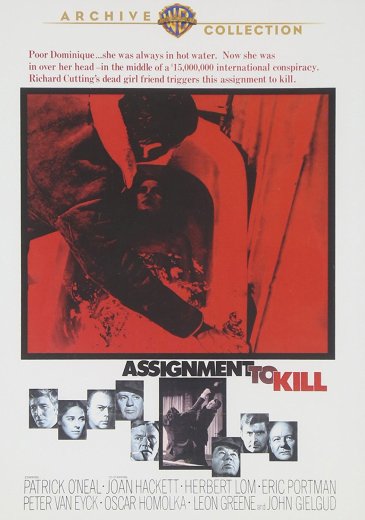