A murder mystery? Baker Street? Must be a Sherlock Holmes movie based on one of Arthur Conan Doyle’s original stories from noted director Henry Hathaway. 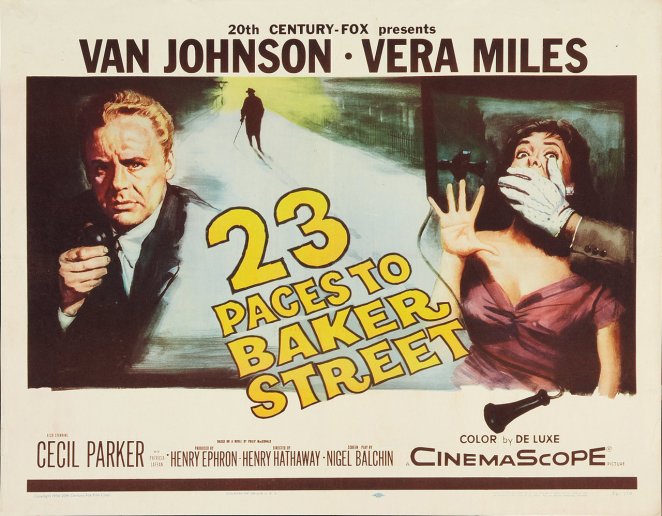 Murder mystery it may be and a very engaging one but it’s no Holmes-Watson adventure. It’s a Van Johnson-Vera Miles affair with Van as a blind playwright who overhears bits and pieces of a murder plot one booth over while enjoying a scotch at a local pub in England. Now he just has to piece the clues he did hear together and convince local police inspector Maurice Denham that he’s not conjuring up some new idea for a murder mystery play with an over worked imagination.

“What you need is a psychiatrist. Not a police officer.”

Van has let his blindness alienate himself from his one time love, Miss Miles. Now he lives and writes in seclusion with Cecil Parker as his agent/man servant. Miles sudden appearance after a separation does little to bring back any cheer and he shuns her. That is until he overhears parts of that plot. Now he enlists both Parker and Miles to help him trace certain clues that he recalls including the need for a nanny from a local agency. 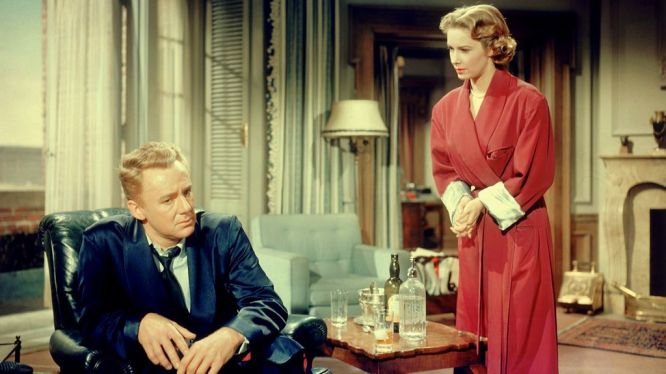 Van records his memories of the conversation on a reel to reel tape and those words will be repeatedly played throughout the film as he probes deeper and deeper into the meaning of each phrase and insinuation that he just can’t get a handle on. He’ll allow both Parker and Miles to act as his eyes and ears reporting back to him with bits of information they pick up from the placement organization dealing with child care assistants. Honestly, you know somethings amiss when Martin Benson is the man in charge of placements. Is he perhaps a red herring? Maybe.

With Van getting frustrated at the lack of any significant progress in solving a mystery he isn’t sure is a mystery, he places an ad in a local newspaper that will escalate the outcome of his journey and turn this into a very Hitchcock like tale from Hathaway. Van’s own life will be in peril when he gets a response to his ad from Liam Redmond who will meet him just 23 Paces to Baker Street and the local pub where Van has also enlisted the eyes of the barmaid for assistance. With Van nearly set up for a nasty fall from a high rise apartment, he finally has Denham’s ear and it won’t be long before a plot to ……………………… is unveiled. 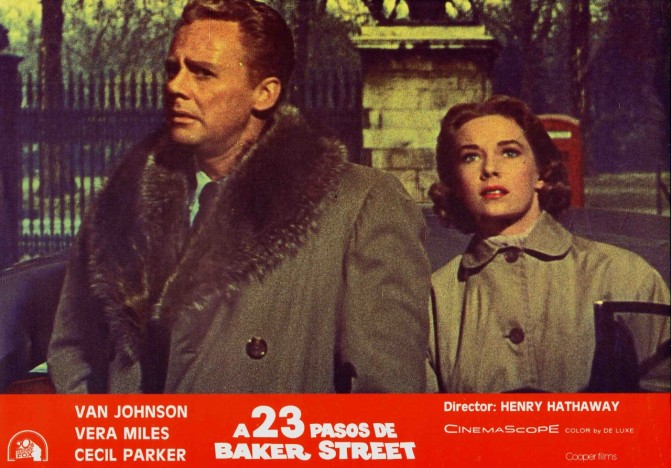 This proved to be a well cast take on a genre that is often referred to as Hitchcockian and while that’s easy to understand, it isn’t always fair. This may not be as good as some of Hitch’s great thrillers but it more than holds it’s own for the 103 minute running time. It’s also nicely photographed and has a good pace to it. One could also say it was a good training ground for Miles who would indeed go on to appear in a couple of Alfred’s films, The Wrong Man and most famously in Psycho where she personally gets to meet Norman’s mother face to face.

Director Hathaway sandwiched this one in between The Racers and Legend of The Lost. His films always catch my eye. They’re not only well made overall but he worked with some of the biggest stars of the era from Duke and Cooper to Hayward and Monroe to name just a few. A special tip of the hat to Van Johnson’s work here as blind man acting as sleuth. If it’s true that actors like to play handicapped roles, Van proves it here doing a fine job. He had me fooled with that far away look in his eyes and use of a cane to get around.

23 Paces to Baker Street turns up on TCM now and then and is also available for home video on DVD via the made on demand market and also on blu ray from Kino Lorber. So there should be no excuses why you can’t locate a copy and give this mystery a look that features some fine leading players and a director who rarely took a misstep during his lengthy career. 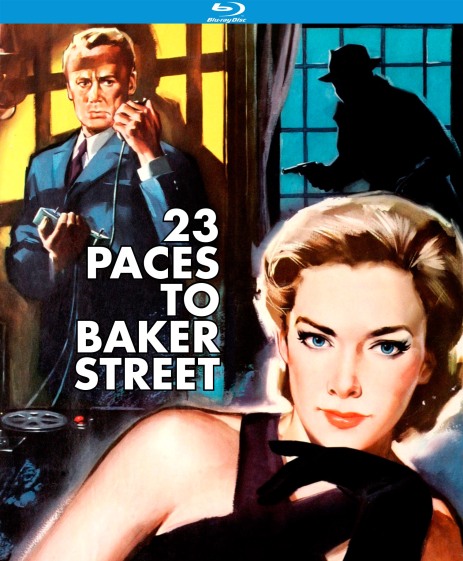