Sure it’s been done before and yes the Cary Grant-Rosalind Russell-Howard Hawks version is a classic that no one should ever try to improve upon. Agreed no? But what if Billy Wilder wants to try this old chestnut on for size and gives us another Jack Lemmon-Walter Matthau pairing to go along for the ride? Now that’s something I’d like to see and so should you. That’s the way I would have felt in 1974 had I been old enough to realize it and that’s the way I feel about it today. 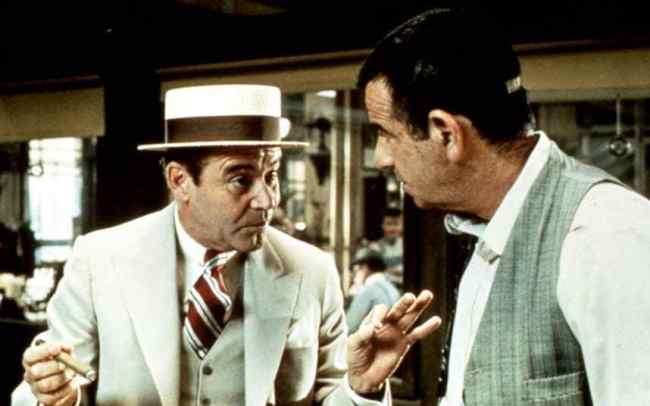 Gathered around our iconic leading men is a first rate cast that would make the worst of movies better but here they only lift a great script to further heights. The plot is a rather simple one of Chicago newspapermen in 1929 covering the story of a state execution that is sure to turn the early morning edition on it’s ear. Awaiting the noose is Austin Pendleton, an actor I’ll always associate with My Cousin Vinny as the stuttering lawyer Joe Pesci replaces. The reporters hanging around the press room with phone lines to their editors include David Wayne, Herb Edelman, Charles Durning and Allen Garfield. One key reporter is missing and that’s Jack Lemmon and his editor Walter Matthau isn’t happy about it.

Jack is Walter’s star reporter but of course the crusty Matthau would never let Jack know it. Lemmon has given him notice that he’s quitting the news racket, getting married to Susan Sarandon and leaving town. This is where Wilder’s screenplay injects an in-joke to the proceedings. Walter accuses Jack of wanting to leave town to go Hollywood like that other writer Ben Hecht. Hecht actually wrote the original play this movie is based on. The fact that Jack wants out allows the scheming Walter to have a field day as he goes about conning Jack into staying to cover the story first. If that doesn’t work, he’ll attempt to con Sarandon that Jack’s no good. Nothing is off limits for Walter. As long as he gets his way.

The banter between these two runs like clockwork and can’t help but put a smile on your face. While they’re sparring, we’re introduced to Vincent Gardenia as the local chief of police. He’s prone to histrionics and is obviously someone’s “yes man.” That someone is a crooked mayor played by Harold Gould. While Pendleton is awaiting word from the governor for a stay of execution he finds an opportunity to escape thanks to the inept Gardenia and his whereabouts and possible innocence will keep Jack in town and his fiancé, Sarandon waiting in the taxi cab. Yes Jack’s got ink in his veins and just can’t give up on a story that could net him a Pulitzer. 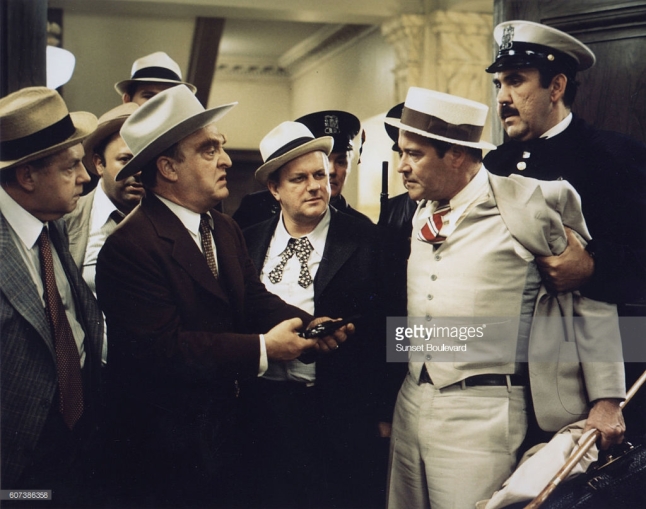 Carol Burnett also turns up as the prostitute who’s in love with the escaped killer. Her screen time is short but Carol cuts loose on the newsmen as if she’s channeled her Eunice character from her hit variety show. Unlike Eunice (who was never my favorite) this character has heart and wants the world to see the good in her man as opposed to the crazed killer the headlines report him to be.

With a nod to the Keystone Cops and the flavor of the early thirties films, slapstick ensues when Jack and Walter have the escaped Pendleton on ice and the other reporters knowing the pair are up to something. …….. enough of the plot. It works just as fine as it had previously and the banter/timing between Jack and Walter is pure delight and not to be missed. Add to it this amazing cast of character actors that also includes that number guy with the paint brush from Sesame Street (Paul Benedict)and you have another Billy Wilder winner not to be missed.

Hecht’s play was first brought to cinema’s in 1931 by director Lewis Milestone with Adolphe Menjou and Pat O’Brien in the lead roles. Hawks turned the leads around casting Rosalind opposite Cary and with this effort, Wilder turned it full circle with Jack and Walter cast in the leads. The idea would again get turned on it’s ear when Burt Reynolds and Kathleen Turner starred in another version that changed the newspaper backdrop to the news channels of today in Switching Channels.

Time to man up and point out I’ve never seen the 1931 version, loved the Grant-Russell film on every viewing, hardly remember the Burt-Kathleen flick and lastly, can’t wait to watch the Jack-Walter film all over again. It’s that good and reminds me of just how well suited these two were to each other. They’d follow this up with the less than stellar Buddy,Buddy for Wilder and then score a rather surprising box office coup with their Grumpy Old Men films late in life which led to some other lesser titles before the pair passed away leaving a huge void for film lovers.

Thankfully the pair were cast together in a 1965 film by Billy Wilder known as The Fortune Cookie. The rest as they say is history. Hollywood history.