“Boy if you don’t want a mouthful of boot keep your mouth shut.”

That’s a hell of a line delivered by lawman Barry Sullivan in this slightly better than average A.C. Lyles oater that stars a whole posse of familiar faces nearing the end of their movie making careers. 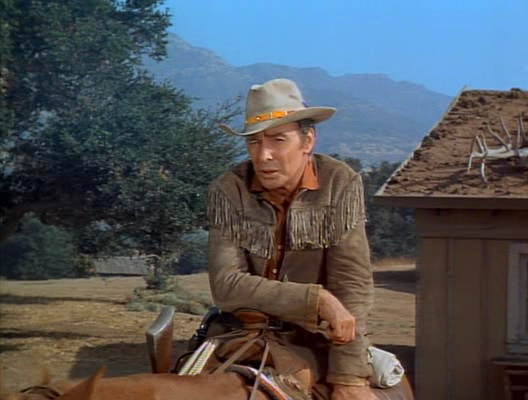 When the newly appointed territory Marshall, Barry Sullivan, rides into a town that is under the control of Wendell Corey, things are bound to get explosive when he won’t be bought off. Right from the start he’ll have an uphill battle when the haggard Lon Chaney Jr. as the town sheriff sends the big drunken Leo Gordon into the streets to take on Sullivan in a fist fight. Barry holds his own, fires Chaney and sends a message to Corey over his buying up the local homesteaders lands after damning up the river to hold back the water needed for them to work the land.

The reason? Corey intends to be a rich man in about a year when the railroad reaches the territory and he’ll be holding the water rights and all the lands within sight. To help him he’s got Chaney and John Russell to keep the townsfolk in line. Folks like Richard Arlen, Emile Meyer, Barbara Hale and saloon girl Joan Caufield. No one wants Sullivan to upset the status quo but he does convince the homesteaders to stay the course after promising to blow up the damn. 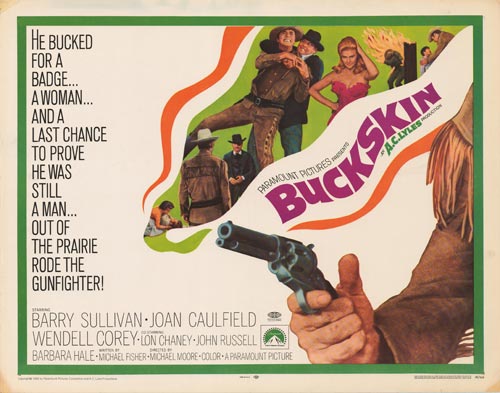 The only friend Sullivan seems to make in town is the former Warner Brothers gangster Barton MacLane appearing in what would prove to be his final film as the town doctor. With Corey looking to bury Sullivan, he hires local thugs to bushwhack our hero to no avail. The only set back Barry seems to incur is a snake bite that lays him up at the farm of local homesteaders Barbara Hale and her hubby Bill Williams. And since Barbara is married, maybe saloon gal Caufield might prove to be a romantic interest for our hero who just happens to be widowed with a small son in tow. Sullivan is soon to find that Russell and Gordon are coming around to his side in the battle against Corey who will stop at nothing to see himself as the only power in town. 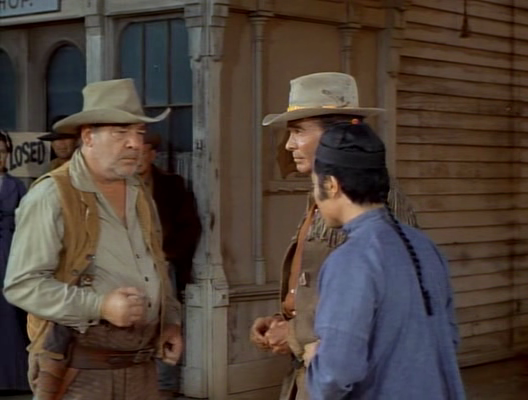 The customary shootout on main street is soon to follow with no surprises at the climax. As this is a Lyles production, you pretty much get what’s expected going in. Aging film stars, a worn out script and a western that seems outdated by the time of it’s release what with the arrival of the Italians and major stars like Lancaster, Wayne and Mitchum still actively making big scale productions. Having said that, there is a certain amount of charm in these Lyle offerings that gave stars well past their best before dates leading roles in a series of westerns he produced. They could easily been promoted as TV Movies of the Week if they’d been made in the 70’s. Leading players like Jane Russell and Howard Keel seen here with the producer. 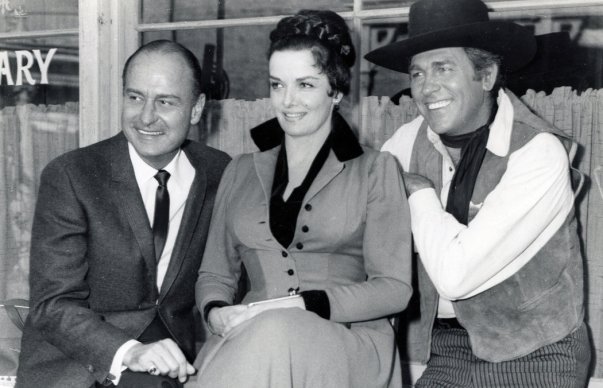 Sullivan is really good here I thought and rises above the stale material. While he’d act for another few years, Wendell Corey would pass away the same year as this release. Chaney would continue to act until 1971 and this proved to be his final go around for the producer. It was the 8th western that Lon appeared in for Lyles between 1964 and ’68. Seems to me these Lyle produced westerns might make for an enjoyable collection released to DVD by Paramount. Buckskin was directed by Michael D. Moore who helmed a handful of late 60’s low budget features. He’d find much more success doing second unit work on countless titles including the original Indiana Jones trilogy. 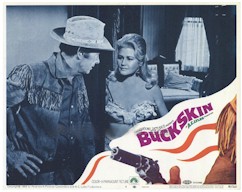 As it is, this is a bit of a rare title that I actually picked up on laserdisc a few months back with another Lyles production, Hostile Guns, giving me a good reason to dust off the machine a great friend passed on to me as she no longer needed it having retired from the karaoke business. At least the production company put a good shot of Leo Gordon in action on the cover. And don’t those big shiny discs make for great mirrors? Look close and you’ll see a ghostly cameo from my frequent co-star. 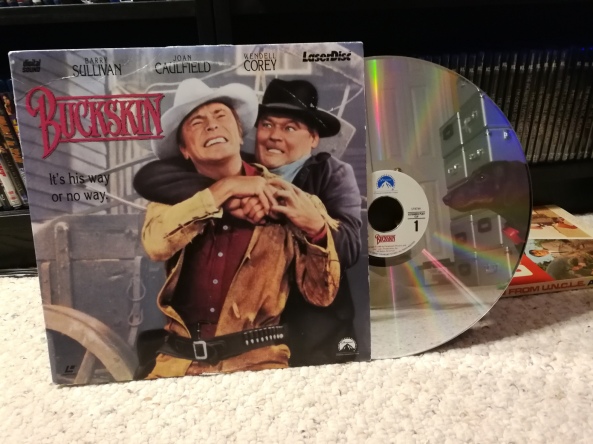 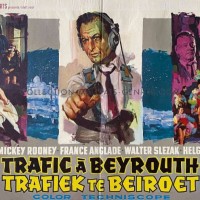