Considering a good portion of my month was divided between work, baseball and Stanley Baker films, as always I continued to squeeze in as many films as I could and even managed two, yes TWO trips to the movie theater in July.

For more on the Stanley Baker films just click here to double back and check out the dozen films I watched and reviewed featuring the iconic Welshman. According to IMDB, Baker died at the age of just 48 from lung cancer. Knowing this, it’s hard not to notice that he’s consistently smoking cigarettes in all the films I reviewed and more so in the interviews I discovered, he always has a lit smoke in hand. Glad I never took up the habit and I hope you can say the same.

One Eyed Jacks – Must see Marlon Brando in the only film he ever directed.

The Long Haul – Fine Victor Mature effort worth seeking out proving he wasn’t as bad an actor as he claimed to be.

Split Second – Would you rather face a nuclear blast or Stephen McNally?

Paris Holiday – Bob Hope goes to France and runs head on into Anita Ekberg. Could be worse.

Snowbound – Another Nazi Gold thriller that scores a recommendation.

The King of Comedy – Robert DeNiro Meets an unlikely foe in Jerry Lewis.

From here on in it was off to the races with 12 straight Stanley Baker titles featured here at Mike’s Take with a little time set aside for some of the newer titles I’ll include here.

Not quite what I expected as this turned out to be more of a character study in how to ruin one’s life despite a moment of greatness. I’m not knocking it or the performances of Denzel Washington and company, it’s just that it’s not likely a movie I’ll be watching again though I could be talked into the scenes stolen by John Goodman but then what else is new? I guess I went in expecting a triumphant movie and some may argue that’s exactly what it was but I found it all rather depressing as we watch Denzel’s life spiral out of control following his astonishing maneuver to save the lives of those on board a flight he is piloting. 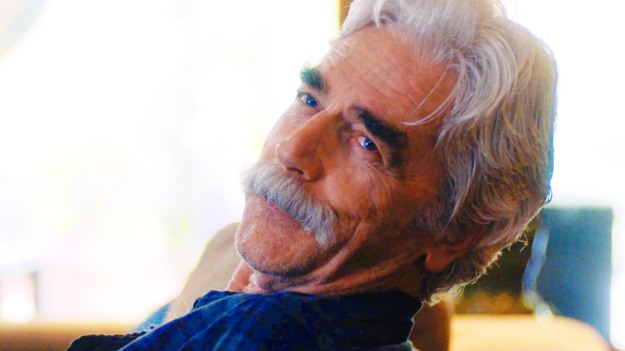 It was off to the cinema to see a movie that I’d seen a preview for and has obviously been tailor made for the talents and mustache of Sam Elliott. He’s an all but forgotten star of westerns and now earns a few bucks hawking his voice to radio ads until he’s rediscovered on youtube. I know, this sounds just like Sam Elliott himself and believe me, the actor is winking at the camera when he’s doing these voice overs in character for the movie. Smartly advertised to guys like me, I’ll admit to wanting more out of the film and found it a bit too arty for my tastes. I guess I just wanted a more streamlined focal point as opposed to dreamlike out of body experiences. It also allowed Sam to once again share the screen with his wife Katharine Ross. Not bad but wait for Netflix or as we used to say, it’s good for a weekend rental. 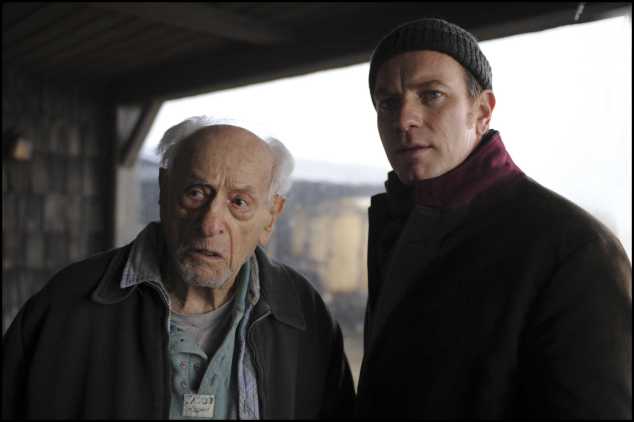 Ewan McGregor takes the title role in this Roman Polanski thriller. McGregor takes over the position of Ghost Writer after his predecessor has washed up on a beach of an apparent suicide. The assignment? To write the biography of Pierce Brosnan’s Prime Minister to England who has more than a few skeletons in the closet as do those around him. There’s a mystery to unravel as McGregor digs deeper into his subjects background. Included in his journey are James Belushi, Tom Wilkinson, Kim Cattrall, Timothy Hutton and in one of his final screen appearances, the legendary Eli Wallach. Recommended.

Looking for something rather mindless to kill 90 minutes I rewatched the 1993 Van Damme actioner, Nowhere to Run. Give it a look if you would like to see the muscles from Brussels doing his Shane imitation taking on the Alan Ladd role in what is to be honest, not a bad flick and it’s got Joss Ackland and Ted Levine as the baddies.

Considering I’ve been an ape crazed fan since birth and can morph into my best Roddy McDowall/Cornelius walk on demand, this was kind of a no brainer to catch on the big screen. Full marks once again as the script takes care to give us a well thought out plot line with plenty of nods to the original series. Woody Harrelson joins the series as a Marlon Brando inspired General Kurtz like character who is marked for death by Andy Serkis’ Cesar. It’s an Apocalyptic journey that the main Ape characters will make to save their kind in an all out confrontation and along the way they’ll pick up  a hilarious comic relief in a Steve Zahn voiced Ape that had the theater laughing on cue. I continue to be impressed with this new series of Apes films though I’ll admit to constantly attempting to find lousy CGI scenes so I can once again make some derogatory comment about how much I really don’t like the technology but the Ape films defy me and look consistently good. A nice wrap up to the latest trilogy. Where the series goes next is anyone’s guess. Paging Charlton Heston’s replacement!

Thriller I’d heard good things about and maybe too many because though I didn’t think it was all that bad, I’m not sure I’ll be in a hurry to see it a second time. A trio of friends get stuck on a ski lift on a Sunday night and are quickly coming to realize that they’ve been forgotten and the ski hill won’t be opening for another five days. Survival is going to be a problem considering the wolves are gathering below them. The scenario is a terrifying one I’ll grant you, the film is well made and yes I kind of squeezed my eye lids together at a couple of key scenes to lessen the gore content coming at me though it never gets too bad. A nifty idea and one that might have played better had I seen it with an audience.

For a final bit of fun, Number 2 son Kirk was about twenty minutes into Raiders of the Lost Ark with his girlfriend a couple weeks back and I quickly became the third wheel on the couch. Sorry son.  Just one of those films you can’t come across without sitting in and enjoying the show. When she told me she’d never seen it before I nearly lost my head and promptly went into my film buff routine telling her how it’s the best action film of all and if only Klaus Kinski had come to terms with the Spielberg company then you and the rest of the average movie going film fans would know just who the hell Klaus Kinski is in the first place!

Anyway, hopefully I’ve inspired someone out there to watch some Stanley Baker films and to give the only film ever directed by Brando, One Eyed Jacks a chance.