If there is one thing I am always interested in, it’s the smooth delivery of James Mason on screen.

This time out Mr. Mason has just been thrown out of the British navy and he isn’t sure why. He’s been set up in the opening scenes to take the fall for one of the Empire’s ships going down during war time. Now he’s going to follow a trail that will lead him into the clutches of an evil spy ring and quite possibly a love interest.

Honestly I found the opening of this Karel Lamac film a bit weak in it’s plot points but once Mason gets on the scent of evil doers it picks up in a flavorful direction with Joyce Howard along as his leading lady.

From a pub called the “Bell & Dragon” to a an old estate looking to connect with a beautiful young woman played by Pat Medina, Mason finds himself wandering into a scene that befits an old dark house thriller. A mysterious shadow runs out on him and as he chases after it Miss Howard turns up and finds the young Medina dead. She screams when confronted with the returning Mason in the dark and so as the title points out, “They Met In the Dark.”

The problem is Howard is convinced Mason is a killer and for a good while of the film’s ninety minute running time she is never quite sure about Mason though their paths are going to cross repeatedly. The body has disappeared and the police think Howard is just a crackpot returning to England from Canada. She sets out to solve the case herself which only exasperates Mason as he himself is now trying to protect Howard and catch the same killer.

Mason continues to follow the trail leading him to the airwaves of the BBC. Here he is to find a producer(Tom Walls) and a hypnotist (Karel Stepanek) are plotting to send out vital information to the enemy in code across the airwaves. This ring of spies are more than willing to knock off anyone who suspects them of any wrong doing and the lovely Howard finds herself in dire straights. Can Mason pull her to safety and save King and country?

“Say things like that and you can send me to Timbuktu.”

You just have to laugh at old fashioned exchanges like that. Miss Howard is truly swept up in the excitement and with her leading man.

Much of the fun that comes forward with this British entry in the Noir collection put forth recently by Kino is the fact that it reminds me somewhat of the 1963 film, Charade. I say that in reference to Joyce Howard like Audrey Hepburn never quite figuring out if Mason/Cary Grant is one to be trusted or is he actually a killer and a danger to the Crown. She’s caught up in the romance of it all but constantly finds pieces of evidence that lead her to suspect that Mason isn’t all he claims to be.

This proved to be quite entertaining with Mason and Howard constantly sparring against the spy ring with a tinge of comedy mixed in at times from Miss Howard. There’s a lively backdrop utilizing a nightclub  featuring a stage performance of an up tempo number from Phyllis Stanley called, “Toddle Along.” A song meant to rouse the countries young men to action. 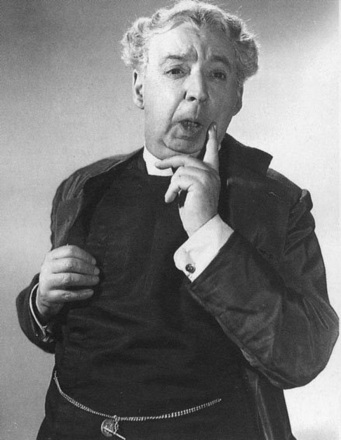 I also happened to spot Miles Malleson’s name in the credits but not as an actor. Turns out he served as the film’s writer. I’ve learned something new from this viewing. I always associated him with the bumbling old man roles. A harmless character who always seems a bit lost in himself and flighty.

Considering this was made during the campaign against Germany during the second world war it plays rather light as opposed to more serious fare that saw screens during the era in films like In Which We Serve of 1942. Or for that matter like many of the propaganda titles released by Hollywood’s studios at the time.

In the end it’s all rather fun and another reason why I continue to search for other James Mason titles I have yet to visit. Give it a go.