“Henry Fonda was the gifted, tough and classy kind of leading man that I most enjoyed working with.” This from Maureen O’Hara’s autobiography “Tis Herself.

Far from an all out propaganda film we have Henry Fonda and his platoon led by Thomas Mitchell opening their letters delivered to the desert terrain they are fighting for in Libya against the combined forces of Germany and Italy. This plot device allows the script to move easily from the present to the flashbacks of the very Tom Joad like character Henry is portraying and his devotion to Miss O’Hara.

Through the use of the flashback we see a very mild mannered Fonda who is obviously in love with the stunning O’Hara. While she’s hoping that he’ll have the courage to stand up and announce his intentions, Reginald Gardner is moving in and pushing Fonda aside.

The plot will move back and forth between the Fonda/O’Hara love story and the job at hand. When the Mitchell led platoon is caught be low flying fighter planes on a reconnaissance mission their tanks are decimated leaving them on foot in the hot sandy dunes. It’s a well executed battle scene with special effects to match for the time that this film was produced.  This is where we will learn the the immortal sergeant of the title is the masterful Mitchell who gives up his life so that Fonda can lead and find himself in the aftermath and battles to come.

As was common with Thomas Mitchell, he nails his big scene with Fonda where his sergeant becomes a spiritual leader for the remainder of the film.

Fonda becomes a stern task master with the remainder of the platoon which continues to dwindle as they play cat and mouse with the German forces. Not only will the opposing soldiers present an obstacle to survival but so will the elements and lack of food and water. It’s the latter two that will lead the film to it’s fiery conclusion at a desert oasis controlled by a group of German soldiers.

Sergeant was directed by John M. Stahl who keeps the plot interesting as we root for Fonda on two fronts. Against the German forces as well as Gardiner where lovely Maureen is concerned. Stahl would be on a roll here moving on to direct Keys of the Kingdom and Leave Her to Heaven.

Fonda works well here as both the gentle writer and the grizzled, sweaty corporal fighting the good fight as his character will point out before the final curtain falls during this ninety minute film from Fox. O’Hara also pointed out in her wonderful autobiography that “the studio publicized our love scene as Hank’s last screen kiss before going to war.” It would be twenty years before the two were reunited in Spencer’s Mountain. 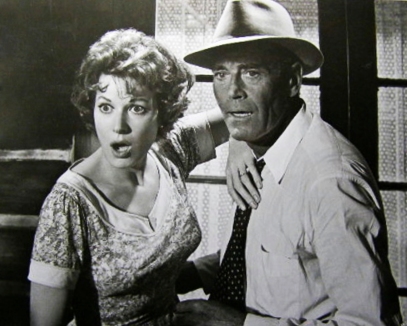 I can never go on too long about Maureen O’Hara. She costarred with so many of the screen heroes I grew up watching on afternoon television that it was practically impossible not to fall for her gorgeous smile and toughness that she had to display starring in so many action extravaganzas. If I could only wish for one thing it would have been that this had been filmed in color which is exactly what the lady deserves. Her own real life love and devotion to so many of her co stars and of course John Wayne and John Ford only adds to the feeling of great respect that I carry for her. 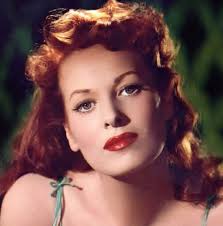 This was one of the rare films I hadn’t yet seen with Henry Fonda so I was way overdue in finally locating a copy and placing a checkmark on his and Maureen’s list of screen credits.

A fine job by all three of our well known stars in support of the war effort of the era.