In our house it was The Statler Brothers over the Oak Ridge Boys growing up. I think Dad liked the suit and tie look of the Statlers and wasn’t thrilled with the long hair and beard presented by Mr. Golden of the Oaks. As time has gone by I probably listen to the Oaks greatest hits in the car more than I do the Statlers. Both great quartets of a time past in country music. 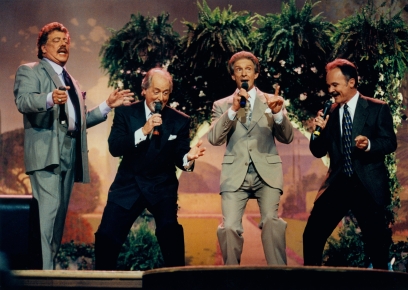 The one song the Statlers had was “Whatever Happened to Randolph Scott.” It would prompt conversation from Dad as he reminisced about the cowboy heroes mentioned in the song. Actors and characters I had never heard of let alone seen on the Sunday afternoon westerns. Names like Allan “Rocky” Lane or Lash LaRue. My western hemisphere at this time were stars like Audie Murphy, Marshall Dillon on reruns and of course the Duke. The song was more or less my introduction to the song’s title star, Scott. As time went by and I slowly caught up with his westerns it made me realize that the song helped immortalize a time in film when things were simpler and Scott really was a western hero worthy of my time. After all these years I have come to know the other names in the song but not necessarily the movies they appeared in. It almost seems like a lost sub genre of the western. In actuality I guess it’s fair to say their films were a grade below the work of Scott in both scope and budget. With the passing of time the Scott films have garnered more praise than the other actors work mentioned in song. 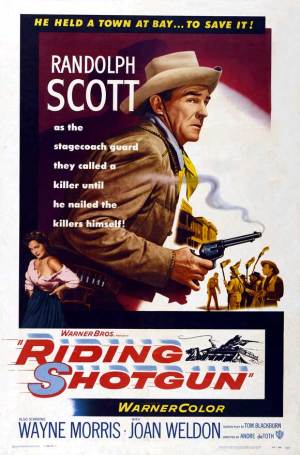 I suppose the Tom Berenger movie Rustler’s Rhapsody was somewhat of a comical tribute to many of the names in the written song. This is one of those films I remember seeing at the theater when it came out in 1985. I was already on my way as a budding film nut and quickly spotted Patrick Wayne proudly pointing out to the gang “that’s the son of John Wayne.”

There is a book I have lying around the house called They Went Thataway by James Horwitz published in 1976 that is a nice window to the past of this western sub genre and a fan’s reaching out for his retired heroes. 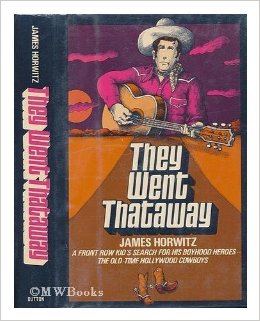 Song Lyrics to Whatever Happened to Randolph Scott….

Here is a performance by the Statlers doing their tribute song to their childhood heroes.

5 thoughts on “Whatever Happened to Randolph Scott?”