Looking back I think my earliest memory of Dan Duryea was probably watching westerns with my Father on Saturday afternoon television. Ride Clear of Diablo with Audie Murphy and Night Passage with both Murphy and James Stewart stand out to the best of my recollections. Both films allowed Dan to chew the scenery and from that point on both his face and that off centered laugh and grin have been branded to my brain ever since. While he did play lead roles it’s the rattle snake mean characters that one doesn’t easily forget. Then I discovered the Noir films and like Burt Lancaster in Criss Cross you’re best not to turn you’re back to him.

Dan and Peter add up to a Noir lover’s dream.

The voice of Dan meets the smooth tones of Mason.

Like Duryea, John Payne could fit nicely in both worlds. Noir and the western. 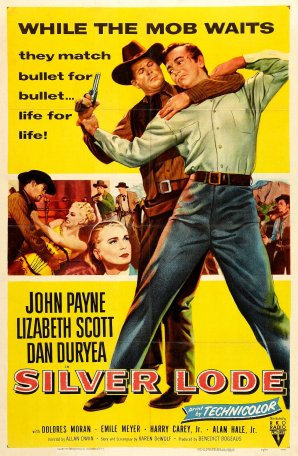 Teaching a novice like Anthony (Tony) Curtis how to play it tough. 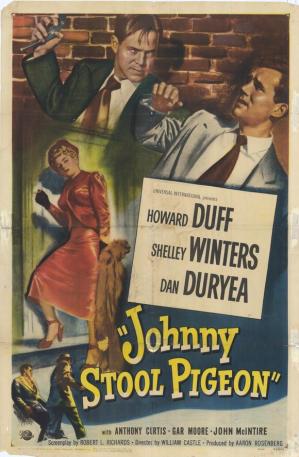 Riding with Audie one last time and a quote that suits so many of his on screen characters.

“I got myself a policy: never do an honest days work unless it’s absolutely necessary. ”

Remember that before there was a “Bruce Dern”, there was a Dan Duryea and he sure is fun to watch.