Every now and then I need to forgo the Hollywood studio production and just wallow around in the tradition of what is commonly known and marketed as exploitation cinema. This […]

This second film that chronicles the life of southern Sheriff Buford Pusser picks up where the first one left off. The only difference is that when the bandages are removed […] 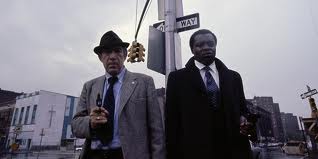 Here’s a drive in flick from 1975 that I am sure Mr. Tarantino would approve of. This AIP production from director Val Guest has Telly Savalas in cool Kojak mode […]