Arrow Video brings to the blu-ray market the tamest of Pam Grier’s run of action flicks that helped to make her the sexy star who transcended the Blaxploitation market. 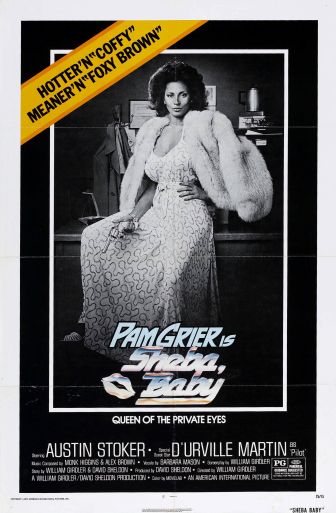 Sheba Baby features Pam playing a big city Private Eye who heads back to her home of Louisville where her father’s banking business is under pressure from local hoods who begin to play rough. Pam wastes little time getting mixed up in the violent proceedings and bedding an old flame in Austin Stoker minus the customary Pam nudity during these early years.

Essentially Pam is following the food chain to the top of the syndicate which includes a stop with a colorfully dressed seventies pimp. “You sure know how to make a man’s day!” 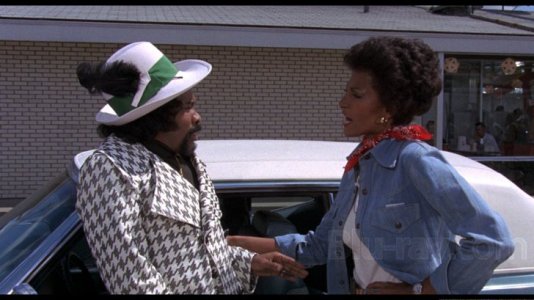 Things are indeed tamer compared to Pam’s earlier releases, Coffy and Foxy Brown but the script is sure to include Pam wielding a large handgun, kicking ass and engaging in a cat fight. As for costume changes, Pam rolls out a wonderful set of clothes ranging from evening dresses to leathery jeans and summer dresses. Stunning as usual.

For this blu-ray release there are plenty of extras to be had which is usually what separates me from my money.

First off, you can select your own cover as it’s reversible. You can go with the Pam Grier image from the original film poster or a new look from artist Sean Phillips. 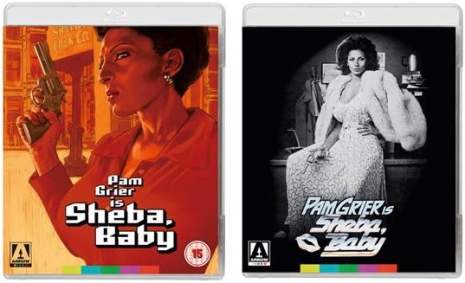 Included inside the snap case is a booklet and essay from Patty Breen. Breen is also featured on an audio commentary that is both fun, tongue in cheek and enlightening. She has plenty of well researched facts to offer on both the film, it’s location shooting in Louisville and the Quentin Tarantino connections to Pam’s Jackie Brown flick. I laughed aloud when she points out how Pam can restore sight to the blind. You’ll have to listen in to grasp it’s meaning.

There is a second audio commentary here as well. It features moderator Nathaniel Thompson and Sheba’s producer David Sheldon. Overall it’s informative but is more broad in nature covering Sheldon’s overall career. From his days under Samuel Z. Arkoff at AIP and his pairings with Sheba’s director, William Girdler on films like the highly successful Grizzly. He also goes into the ratings systems and how this film came in under the PG banner versus Pam’s earlier titles.

Producer Sheldon returns for an on camera interview where he doubles up on much of the information he goes over on the audio track. The story of Sheba’s script and how it came to be and Pam’s moving on from featuring outright nudity as her star was on the rise. Topics also include Project Kill with Girdler starring Leslie Nielsen over in the Philippines. 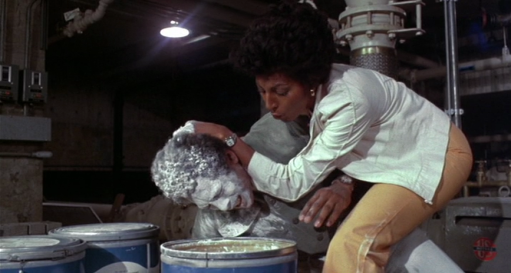 Pam Grier : The AIP Years is a nice look back at Pam’s evolution to stardom as told by film historian Chris Poggial. Her films with director Jack Hill and how Coffy at the time was AIP’s answer to Cleopatra Jones. He also covers her moving on to working in features opposite Richard Pryor and Paul Newman which were essentially supporting roles. 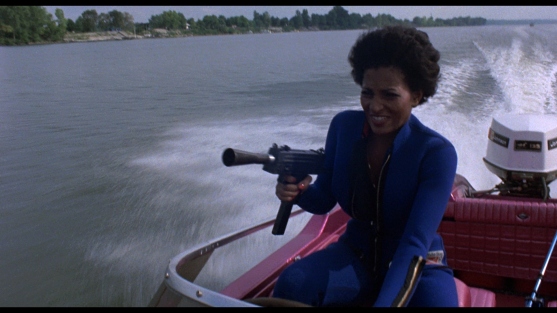 Trailers just aren’t made the way they used to be with that voice over narration meant to sell a picture and sell it strong.

When it comes to the film itself, I don’t mind it but let’s be honest here. If it weren’t for Pam I probably wouldn’t give it a second look. I also have to point out I do prefer the “harder” films Foxy Brown and Coffy that she had just made. The R rated versus the PG Pam.

Nice job by Arrow to give us Pam and plenty of bonus attractions on blu-ray.

And now a bonus shot for us fans.