Ask me to name a time traveling movie I hold near and dear and this Nicholas Meyer adventure is probably the title that will first come to mind. I saw […]

This WW2 tale of espionage and the underground resistance from director Lewis Gilbert plays it straight as opposed to the three 007 adventures he helmed including You Only Live Twice. […]

This Columbia Pictures release that borrows a certain blueprint or two tosses a few more scare tactics at movie goers as the 70’s came to a close. It has a reputable […] 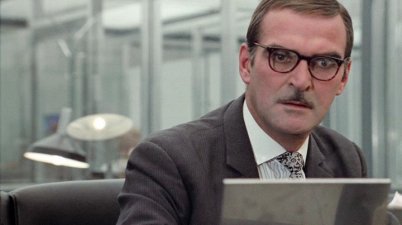 Each and every one of us have films that stick with us and we love to revisit. If you are like me you have plenty. The Omen from Richard Donner […]

“What the BLOODY HELL!” I love it when Michael Caine hollers that line. Is it just me or is it in his contract that this line has to be written […]

I remember seeing this film years ago on VHS and being a little disappointed. Upon seeing it again this week I realize perhaps it was an age thing as I […]