During the glory years of MGM they boasted more stars then there are in the heavens and numbered Van Johnson and Esther Williams among them. In this technicolor outing from reliable studio favorite, director Richard Thorpe, our young contract stars will find romance at a chic hotel while one of them is on their honeymoon. 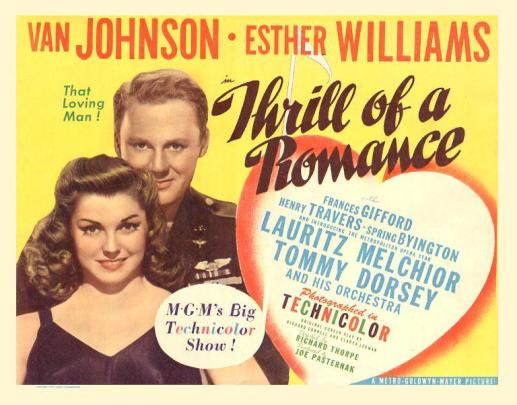 Lovely Esther begins the film doing what she does best. Swimming. It’s while she’s giving lessons to neighborhood children that she’s spotted by the wealthy Carleton G. Young who begins to romance her. Esther who lives with her flighty Aunt and gentle Uncle played by Spring Byington and Henry Travers finds herself falling for the young business tycoon and in little screen time at all we’re all watching her big wedding day unfold.

Off to a swank poolside resort for their honeymoon night and dining while listening to Tommy Dorsey and his orchestra who are on hand for a few numbers over the course of the film’s 104 minute running time. When a phone call comes in from Young’s senior business associate, Thurston Hall, to get to D.C. right now to close a financial blockbuster without delay, Young, will leave his virginal bride alone on her wedding night in tears.

Get used to it Esther, this guy puts his career before his trophy wife. 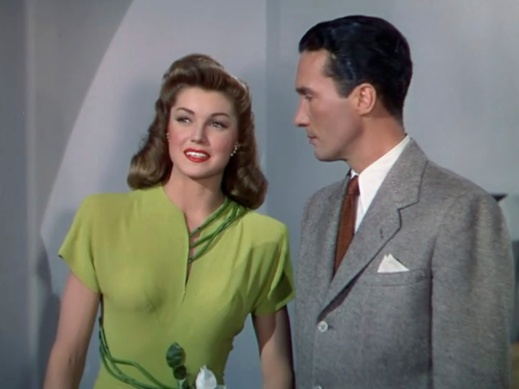 With Esther shedding tears on the balcony of her hotel room, the young man on the adjoining balcony comes to her rescue and for Van Johnson it’s love at first sight. Van is playing a highly decorated war hero on leave recuperating from his military adventures by resting up for some swank R&R at the resort. While the plot leaves little to ponder over the balance of the film, there are other characters coming in and out of our story to elicit some comical laughs while Van and Esther  grow fonder of one another.

First off we have Danish opera star, Lauritz Melchior, as an overweight singer who comes to the resort yearly placing his health in the hands of the head mistress, Ethel Griffies. He’s on a strict diet and much of the humor comes from his constant attempts to outwit her and score some steak and potatoes. When he’s not on the hunt for food he’s becoming a father figure for poor Esther who has been jilted on her wedding night and is falling for the soldier in uniform.

The other story that will figure into our uphill romantic battle for Van and Esther is that of Frances Gifford. A shall we say slightly less that virginal character staying at the hotel. She’s on the hunt for the good looking soldier staying at the inn and makes the mistake of assuming it’s a punchy boxer played by Donald Curtis. Not only is she a temptress but she just happens to be the daughter of Young’s elderly business associate, Hall. Yeah I can see where this is all leading if we are to have the customary Louis B. Mayer happy ending in a fine, orderly, family fashion. Minus Lewis Stone and Mickey Rooney. 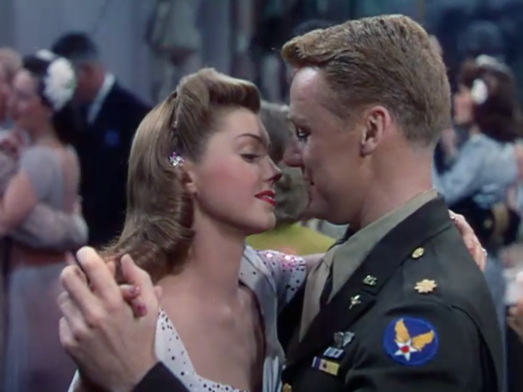 In keeping with the “code” everything will work out fine before there is any romantic business behind closed doors. 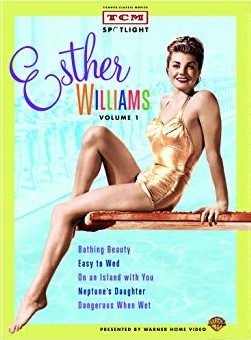 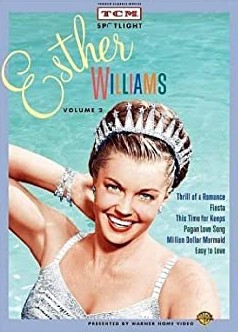 This is another of the Esther Williams catalog that was put out by TCM in two box sets of her films that are welcome additions to the collection her in the vault at Mike’s Take. This film was the second of five that she would co-star opposite Van Johnson in. The others being A Guy Named Joe (1943), Easy to Wed (1946), Duchess of Idaho (1950) and Easy to Love (1953). By chance they also turned up in a 1942 short titled Personalities and made cameos in the 1946 film, Till the Clouds Roll By, with many other stars under the MGM banner. 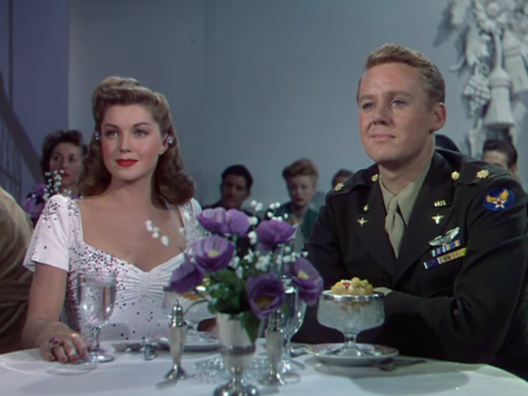 There’s a scene in the film when Tommy Dorsey’s band is playing and a singing voice can be heard doing the number, “I Should Care and I Do.” Could have sworn it was Sinatra but will have to assume I was mistaken. On the DVD there is some outtakes that didn’t make it into the film and there is a clip of a male singer sounding a lot like Frank getting a close up. Being somewhat less of a music historian I’m not sure just who the singer actually is.

Another point of interest with this title is the casting of two young boys of minority races in decent sized roles. One a young Latino boy, Fernando Alvarado, the other a young African American, Jerry Scott.  Alvarado plays young boy that Esther has been teaching to swim and Scott is a bellhop who has a wonderful singing voice that opera singer Melchior encourages. 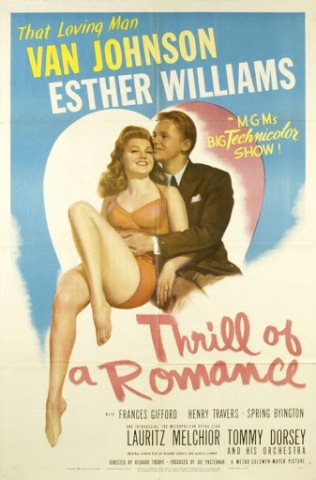 There’s a small uncredited role here for sexy Jean Porter who just the year prior to this release had a much larger role opposite Miss Williams in Bathing Beauty. It seems that was the norm for Jean appearing in bits one year and credited roles the next during her career which ran from the late 30’s into the 1950’s. Lastly I’m fairly certain this film lifted a scene from the 1939 musical, Ice Follies of 1939. There’s an ice skating sequence filmed in color that’s been inserted in here that I believe is from the color segment of the Joan Crawford-James Stewart misfire.

Not one to watch a generous amount of musicals I do find myself enjoying them more often than not when I take the time to settle in and give one a go. That proved to be the case once again with another of these Esther Williams features. Give one a try if you already haven’t and as I’ve said many times before, if you already have then why not sit back and revisit a personal favorite and introduce it to someone who hasn’t. 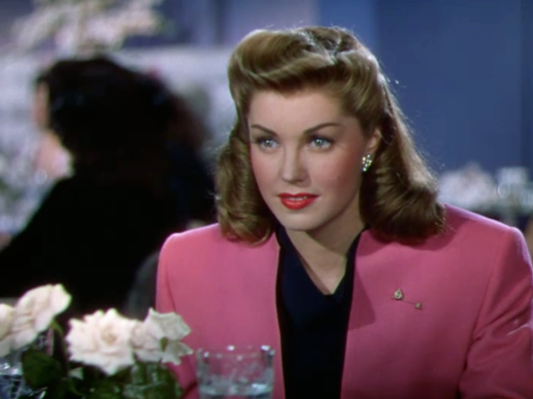