aka …. Persecution … aka The Terror of Sheba

Let me start off by stating in no uncertain terms that if you’re a lover of classic films and to be more specific, those starring Lana Turner, you may want to avoid this late career effort for the one time beauty who starred opposite the likes of Gable and Tracy and who turned Garfield inside out in 46’s The Postman Always Rings Twice. Why? Because time hasn’t been kind to our blonde bombshell who clearly should have passed on this role best reserved for the Bette’s and Joan’s of the world by this point in time. She looks frail and if it weren’t for the voice you might not even be sure it’s really her.

Now on to this rather mean spirited thriller written by actor Robert Hutton that cast Lana alongside some Hammer Film graduates accompanied with a cameo by one of England’s most accomplished actors, Trevor Howard.

The pre-credit sequence of the film had me wondering about cruelty to animals when a small boy decides to drown a cat in it’s milk dish firmly holding the poor kitty’s face in his dinner bowl. The reason being his mother likes the cat better than him. Thankfully when the credits did come across the screen this was apparently filmed with the ‘Royal Society for the Prevention of Animals” on hand. Hmmm, I wonder if they were on hand for that opening bit with the milk bowl?

It’s Christmas of 1959 and what does that little boy get for a gift from his mother, Lana Turner? A small coffin containing the corpse of that little kitty that he’s made to take outside and bury in what amounts to a private pet cemetery. Using the gravestones as a passage of time the years go by to the present and the little boy has grown into Ralph Bates. He’s got a wife and child of his own but still lives under Lana’s roof. A flashback on occasion will show him as that little boy terrified of his mother’s cats. Hence the reason for a number of headstones in the cemetery. 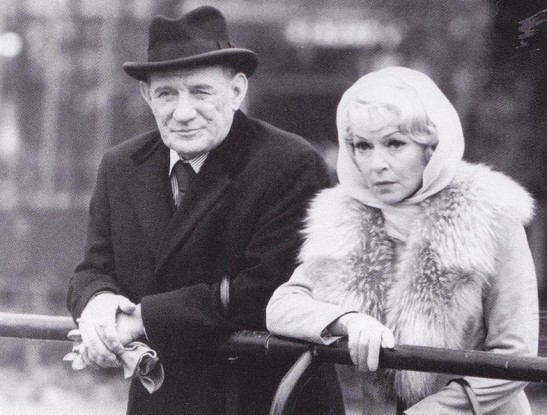 Time for Lana to have her scene with Mr. Howard. She’s been blackmailing him for years. He’s the father of Bates but the child was conceived out of wedlock while the two were engaged in an affair. Howard is easy prey to Lana as he’ll do anything to avoid a scandal just as he is on the verge of a Knighthood. In flashback we’ll see that Lana was actually married to another actor you may recognize also making a thankless cameo in the film, Patrick Allen.

Again the film will take an ugly turn when Lana’s latest kitty smothers Bates newborn child leaving his wife Suzan Farmer in shambles. Lana has her own agenda and Miss Farmer isn’t in it. She hires a sexy nurse played by Olga Georges-Picot to play nursemaid but most of the nursing she’s doing is aimed at Bates. And yes he’s going to fall into temptation allowing Lana to expose the truth to her daughter-in-law just as she’s planned all along.

There’s more nastiness to come but I’d rather not dwell too much upon it. Directed by Don Chaffey I’m sad to report there really isn’t much to recommend this one aside from the obvious, you’re a Lana Turner fan and need to see each and every one of her films no matter just how good they are. Chaffey is one of the Hammer Film graduates I mentioned earlier. He directed a trio of the “other world” epics for the studio. One Million Years B.C. (1966), The Viking Queen (1967) and The Creatures the World Forgot (1971).

Bates may be best known to horror fans for his roles in films like Dr. Jekyll and Sister Hyde, The Horror of Frankenstein, Lust For a Vampire, Fear in the Night and Taste the Blood of Dracula. All from Hammer as well. Then there’s Suzan Farmer who appeared in a quartet of Hammer titles, The Scarlet Blade, The Devil-Ship Pirates, Rasputin The Mad Monk and Dracula – Prince of Darkness.

Maybe Lana should have joined in the fun as well over at Hammer in the 1960’s as did Bette, Tallulah and Miss Fontaine.

I couldn’t help but think while watching this that it could almost serve as a prequel to the Norman Bates saga. An overbearing mother who is herself a bit on the nutty side and a son who strikes back at animals while living a sheltered life. Just him and his mother. Of course this was long before Hollywood decided to enlighten us on the evolution of Dear Norman. Hell, Bates even behaves and looks like Norman in my eyes …. just a thought of no great importance. 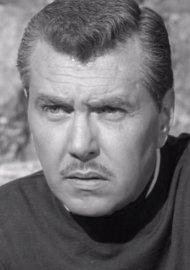 For an insight into the film and how it went astray, there’s an interview with Robert Hutton included in Tom Weaver’s Science Fiction Stars and Horror Heroes from McFarland Publishing. Hutton who had a long career in horror and sci-fi films as an actor (Torture garden, Invisible Invaders etc.) says the finished film is nowhere near the script that was picked up by producer Kevin Francis. Hutton had hoped that Kevin’s father, Freddie, would have directed it but that didn’t come to pass. He also mentions he had originally sent the script to Bette Davis but she passed on it. Up to the time of the interview he claimed he’d never seen the finished film but that his script and the one that was filmed are two different stories.

I’m usually way more upbeat with the films I feature so please excuse my downbeat take on this one. It was a first time viewing and since I was jotting down notes I figured I may as well shine the light on it after all.

With all those different titles it’s known by I selected The Graveyard as the heading of this post because that’s the title on the copy I own. An old VHS tape version.