More often than not when pressed by friends and associates who know I’m a student of movie history I name two actors as my all time favorites. Kirk Douglas being one of them in a crowded list of favorites I’ve enjoyed watching on the big screen since my earliest movie memories. While I can’t swear to it I suppose my first Douglas movie was in all likelihood 20,000 Leagues Under the Sea.  Even if I had no idea who he was at the time I just knew I wanted to be like the guy in the striped shirt throwing the harpoon into the giant squid’s eye and save Captain Nemo.

As the Willie Nelson penned song says, “Funny how time slips away.”

Regular visitors already know that featuring Kirk Douglas here at Mike’s Take has been an ongoing celebration since I began this extension of my passion for movies and classic Hollywood in December of 2013. One of the first things I did a mere 5 weeks into creating this blog was a live video take on his and Burt Lancaster’s reunion in 1986 for Tough Guys. A movie I saw on opening night. The first penned feature I did on a Douglas film was for the 1983 movie he did opposite John Schneider, Eddie Macon’s Run. I started that post by stating ….

Here’s a later day Kirk Douglas film that I remember playing at the theater when I was growing up. The other kids in my age bracket were talking about John Schneider in a real big screen movie. I couldn’t have cared less about that. One of my all time favorite screen heroes was back!

That movie came out when I was in my teens and here I am a mere 37 years older and Kirk Douglas remains a hero both on screen and off for me as I myself get on in years.

Movie buff and memorabilia collector that I am he’s always been on my mind when searching for movie treasures and memorabilia. Just four days prior to his passing I purchased a complete lobby card set for the 1961 western The Last Sunset that paired him with both Rock Hudson and Dorothy Malone. I’ve said many times, lobby cards are a great way to collect little pieces of movie history if you’re thinking of taking it up as a pastime like I have.

With each passing year I’d add to the movies featured here starring Kirk like his excellent western Posse. A film he also directed and of course his 100th birthday celebration and each subsequent year. I’m sorry he won’t be with us for his 104th but I guess that won’t stop me on December 9th of 2020 to feature him once again on the date of his birth.

So I guess it’s back to the movie room to press play on Spartacus or Paths of Glory, perhaps a western or maybe Cast a Giant Shadow, Heaven knows he did just that in his time here on Earth. 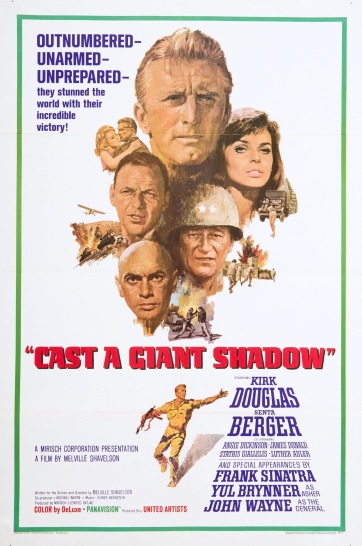 Like his Jack Burns in Lonely Are the Brave I guess time finally caught up with the cleft chinned icon.

The world won’t be the same without him but we’ll always have the movies to remember him by. 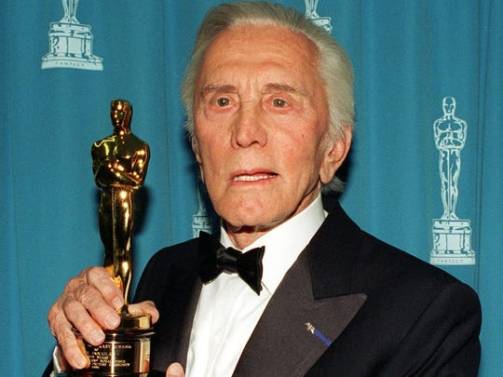