Though this Harmon Jones directed “B” picture may be a cliched tale of foot soldiers caught behind enemy lines led by top billed Richard Conte during the Korean conflict, it does offer us a look at four young actors who all had success awaiting them over the next few decades of varying levels. 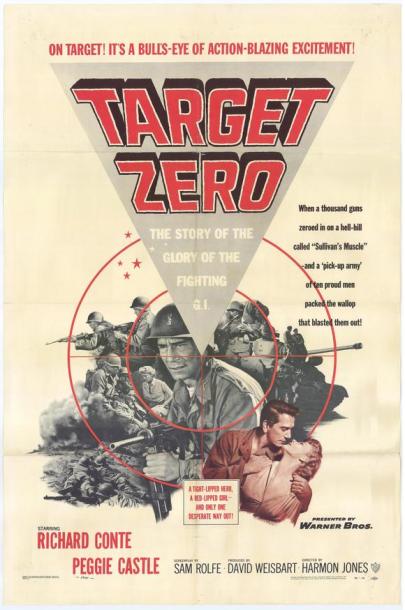 The four actors I’m referring to begin with Chuck Connors who in just three short years would find television fame as The Rifleman. L.Q. Jones who would carve out a name for himself in westerns and become an important member of the Sam Peckinpah stock company, usually cast as a heavy. Strother Martin is in here as well, another member of the Peckinpah clan who would very simply become one of the greatest character actors of his generation. Finally there is Charles Bronson as second lead to Conte. Bronson would eclipse all his costars here as not only one of the leading box office stars in the world but also by becoming  one of the most iconic tough guys of cinema.

With Conte leading the way, the group are set to encounter a trio of Brits commanding a tank. Like Conte they to are trying to get back on the right side of the front line. Conte will be at odds with the Brit commander played by Richard Stapley but as he outranks him, he’ll be calling the shots. What Conte doesn’t see coming is that the Brits also have Peggie Castle along for the ride. She’s a U.N. representative who has lost her co-worker after the car they were riding in is bombed from the roadway crashing down into a ravine. Thankfully she also has nursing qualifications because Strother has been shot up and in need of medical assistance.

Romance on the front lines? Kind of a plot necessity I suppose for the scriptwriters. How can we shoehorn a leading lady in here for Conte? 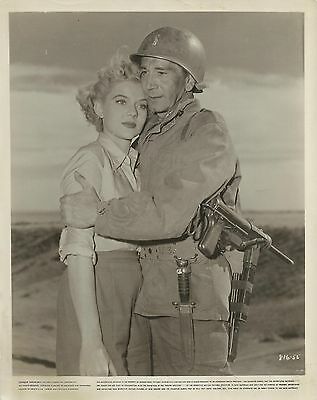 “Yeah I like him. He keeps me alive.” So says Bronson in one of the many clips he’ll have opposite Miss Castle as he builds up the legend of Conte the warrior. You see Conte at first has little use for the blonde haired Peggie on the front lines and sees her as both a distraction and a liability. As Bronson marches along after his latest exchange he’s got the wounded Strother tossed across his back. The tank proves to be too rough a ride for the dying man.

Poor Strother has so little to do here in this relatively early role in his career. If he’s not slung over Bronson or Conte’s shoulder he’s lying down with his head cradled in Peggie’s lap. Nice work if you can get it but upon hearing the very few words he gets to utter I’m thinking he’s been dubbed. My ears never picked up that twangy Strother delivery that would prove to be one of his most memorable tools in the years ahead. 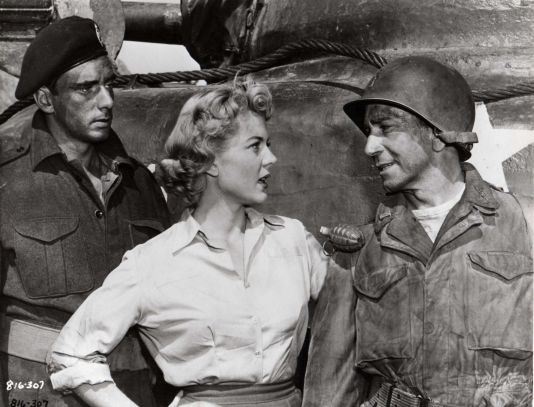 Almost played as a day in the life of a foot soldier, Conte and the gang will find themselves in more than one skirmish with the enemy making their way through the rocky terrain of Colorado as it subs in for North Korea. The best scene in the movie and one that proves very poignant is when Conte finds what’s left of his command overrun and lying dead in a series of trenches atop a small hill. It’s from this same hill that Connors who serves as the radio operator will reconnect with HQ that issues orders to Conte and his men to “hold that hill.” This will set the stage for the final battle of this 90 minute low budget effort that proves to be decent time filler and for those who like the actors involved, a window to both Conte’s leading man days and a look at the up and comers.

Strother Martin’s career would intertwine with both L.Q.’s and Bronson’s on numerous occasions between the 1950’s and his death in 1980. He’d share the screen with Bronson in movies including Drum Beat (1954), here in Target Zero, the excellent Hard Times (1975) and their final go around in Love and Bullets (1979). With L.Q. Strother would team up on numerous projects in the ensuing years in everything from a Have Gun Will Travel episode and Audie Murphy’s Showdown (1963) to Nevada Smith (1966). Then the famed Peckinpah duets, The Wild Bunch (1969) and The Ballad of Cable Hogue (1970). They’d even pair up in a nifty drive-in thriller that saw Strother get a rare top billing while L.Q. co-starred and produced, the Brotherhood of Satan (1971). 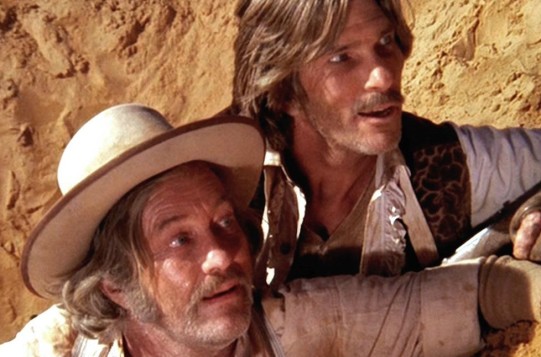 On L.Q. it’s interesting to note that a good majority of his 1950’s appearances were as a good old boy with a twangy voice and smile on his face. He seemed destined for a career not unlike a Slim Pickens. For those unaware he adopted his character’s name from 1955’s Battle Cry as his own. He was born Justus E. McQueen. Somewhere that went astray and he became a screen heavy and not to be trusted in many a movie. It was nice to see him turn up later on in memorable films like Scorsese’s Casino and in a fun role opposite Antonio Banderas in The Mask of Zorro. 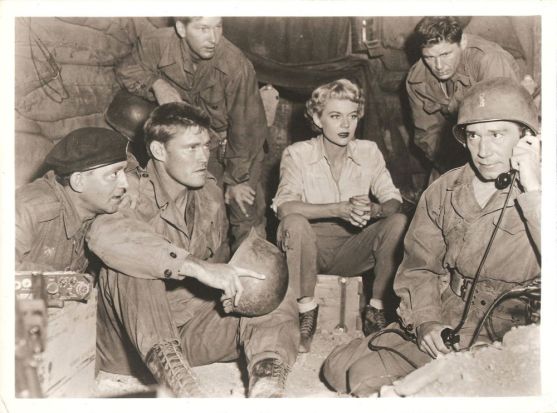 Keep your eyes peeled to TCM to catch this one as it plays on occasion and treat yourself to a time capsule spotlighting four men who would make a mark of their own in television and film. 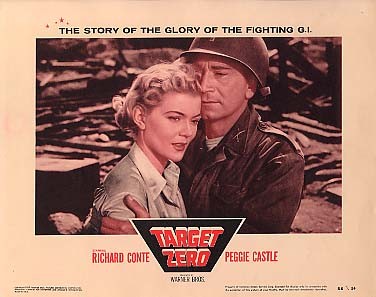