Let me start by saying how much I enjoyed Rod Steiger’s warped performance here as a self appointed executioner with his tongue firmly planted in cheek as he goes about righting the wrongs of the judicial system by delivering his own brand of justice to those who have escaped the electric chair. Not to worry as Rod has his own chair rigged up to electrically “charge” the guilty for their trespasses.

With Isaac Hayes as the organist/would be priest, Steiger begins the film delivering a eulogy as only he can emote just before pulling the switch and handing out his electrical brand of justice to his latest victim. You see Rod preys upon criminals he deems have been given unjust sentences through the courts. If they’ve taken a life then they need to lose their own. Rod has his own makeshift prison and death chamber below a meat packing plant he owns and operates. When a killer has been paroled into the care of parole officer Heather Graham, Rod’s vigilante pounces leaving Heather to wonder why so many parolees are going missing.

In order for plots to connect, we have Lauren Hutton starring as the well kept wife of Lyman Ward. Ward is a political figure running for Governor. He’s looked upon by the media as a hero after capturing a killer who had murdered a woman in a late night parking lot. That’s not quite the way things truly went down on the night in question. It’s Ward that murdered the woman and planted the gun on the man who was at the time attempting to rob her. Ward’s reason for the killing was that she was his mistress and when he kicked her to the curb she threatened to derail his political ambitions by going public with his dirty secrets. For her part, wife Hutton knows the whole truth and won’t let him forget it as she continually nags and belittles her hubby throughout the film.

Rod’s world is going to collide with Graham’s when he captures her latest parolee. Like a knight in shining armor, Rod smashes into the man’s apartment just as he is about to rape Heather. This brings Heather into the fold and she too is buying into Rod’s justice system as does the soft spoken man of the cloth, Hayes, and the large sized Irwin Keyes who serves as Rod’s jailor.

When the man set up by Ward (Michael Beach) escapes from jail, he is the target of a very large manhunt. Rod wants to get to him first and put him in the chair and Ward just wants him dead before the real truth comes out. When Rod gets to his man first and approaches Ward with the good news inviting him to the execution, justice will indeed be served before the curtain falls on this thoroughly enjoyable film aimed at an audience who enjoy a bit of black humor in their thrillers. 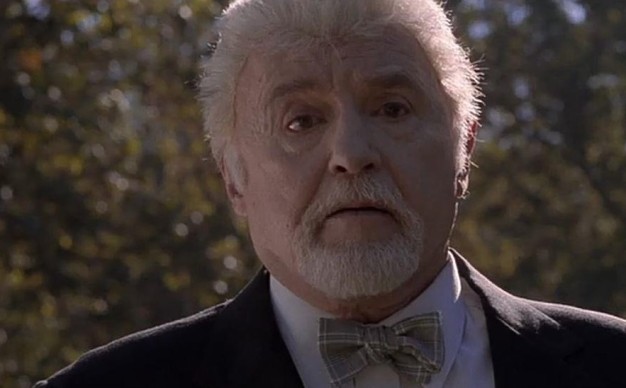 A one time Oscar winner who was mainly taking on all roles by this time, Steiger is really the whole show here and it’s truly a shame this film doesn’t have a greater following if indeed it has one at all. It’s a great example of the flicks that would magically materialize at the video store on a Tuesday when new releases hit the shelves. I saw the film at that time and recalled my opinion of it more than what actually happened in the film other than Rod portraying a vengeful angel with the chair to match. I just knew I liked it looking back and with my second viewing now complete, I still think this is worth hunting down for Rod and the cast as well as Sam Irvin’s sometimes funky direction with angles befitting a Batman episode from the 60’s.

Fans of Heather Graham might also want to get a look at the film for a look at the actress who was only 21 at the time and just beginning her successful career. Then there is Isaac Hayes who not only plays it goofy and gentle as he delivers the last rites, “dust to dust, ash to ash, let’s take him down and burn his ass.” but also puts a different spin on the gospel classic Amazing Grace over the closing credits for the movie’s soundtrack. 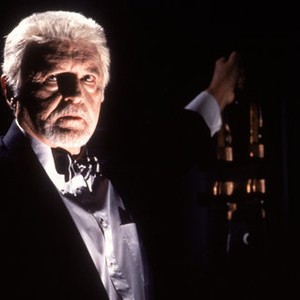 I’d easily recommend this one to a variety of different tastes. Mostly to those who like Rod Steiger but perhaps shied away from some of his later output that had clearly gone in decline from his glory years and to those who love the good old VHS days. If anyone at Scream Factory or Kino Lorber is checking in here, Guilty as Charged would make a welcome addition to your schedule of releases as it’s a film worthy of rediscovery with like minded fans as yours truly.