By the time I was old enough to clue in to who James Bond was on the big Screen, Roger Moore was licensed to kill as 007 working for Her Majesty’s Secret Service. Richard Kiel was Jaws and Miss Moneypenny was still Lois Maxwell, born in my hometown of Kitchener, Ontario, Canada. To the best of my knowledge, she’s the only actress of note to ever come out of our city. What’s my earliest memory of Connery? Hard to pinpoint looking back but probably as Bond on the Sunday night movie of the week I guess. Problem in my household was Dad didn’t go for these films so I never really saw any of them till I was in my teens. 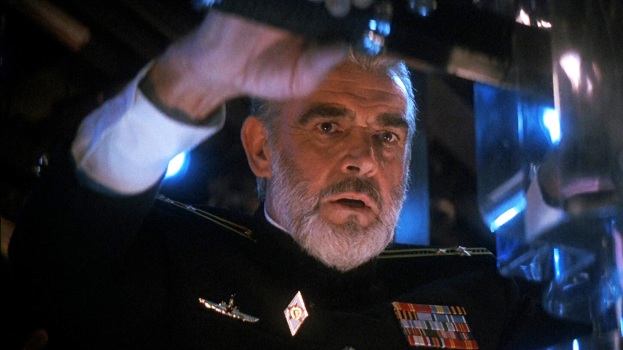 Films that I know I saw him in that impressed me at an early age were titles like Robin and Marion, Man Who Would Be King and The Molly Maguires. First theatrical film I saw him in? His Oscar winner, The Untouchables in 1987.

On to the artwork.

Disney lucked out with Connery hitting the big time. It could rerelease this 1959 fantasy and highlight Sean on the posters. 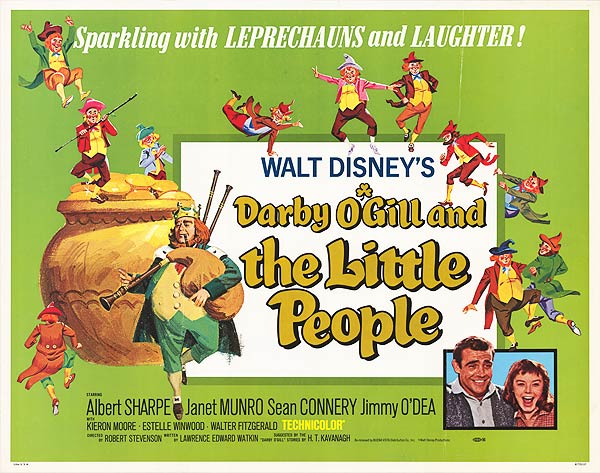 “Let’s not get sentimental, shall we? “ 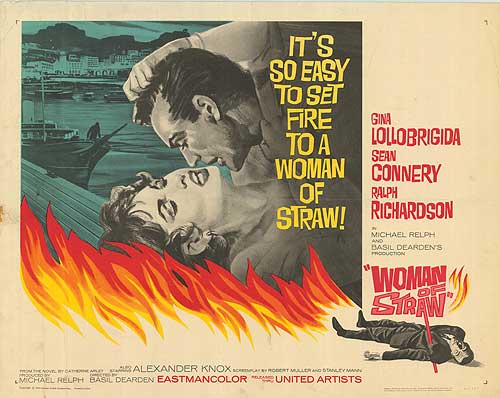 And along came Hitchcock. “I’m fighting a powerful impulse to beat the hell out of you. “ 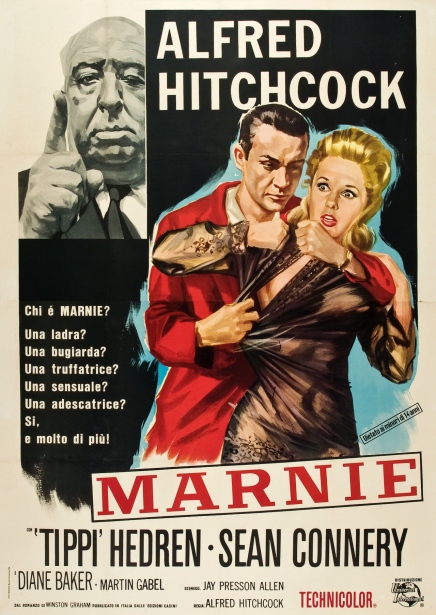 A personal favorite of mine …… “Oh, you crazy bastard! You’d prop up dead men and inspect them if you was ordered to! “

“I’m thinking… you’d better be what we think you are. Cause if you’re not… there’s no hole deep enough to hide this time. “

Never thought much of this one though it has it’s fans so I’ll include it in here.

A John Huston classic and Connery gets the role John had intended for Clark Gable while Caine got Bogie’s. What might have been is anyone’s guess. “Now listen to me you benighted muckers. We’re going to teach you soldiering. The world’s noblest profession. When we’re done with you, you’ll be able to slaughter your enemies like civilized men. “

Love this one that allows a hero to grow old with dignity. “I’ve followed you for twenty years. I fought for you in the Crusades. I fought for you here in France. Show me a soldier and I’ll fight him now. But I won’t slaughter children for a piece of gold that never was! “

Another fun night at the movies if you haven’t seen it. “Find me a dead cat! “

“The rats love parchment even more than scholars do. “ 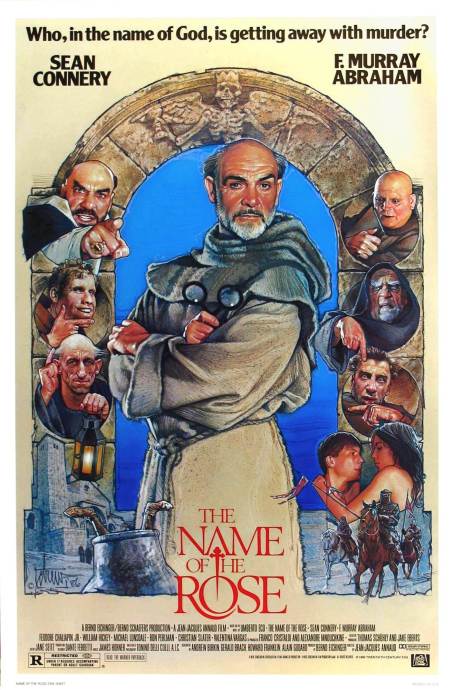 Though he isn’t prominent on the poster, I needed to get this quote in here. “You wanna know how to get Capone? They pull a knife, you pull a gun. He sends one of yours to the hospital, you send one of his to the morgue. *That’s* the *Chicago* way! And that’s how you get Capone. Now do you want to do that? Are you ready to do that? I’m offering you a deal. Do you want this deal? “

And making the third film so memorable …. “The quest for the grail is not archeology, it’s a race against evil. If it is captured by the Nazis the armies of darkness will march all over the face of the earth. Do you understand me? “

One from the vault? As is my custom I’m featuring an original one sheet. It’s one my favorite Connery flicks that sees him in a High Noon stand off in space. Wielding a shotgun no less!. For more on the movie and some nice trivia bits, head on over to see the Wolfman’s “take” on the film. As for Connery? I miss him on the big screen but am so glad I was around to see some of his films at the theater.

“Hey, Sheppard. Guess what I just found in a meat locker. 250 pounds of hamburger named Yario that works for you. I also found your shipment of PDE. So, I threw the hamburger in the jail, and the PDE in the toilet. Or was it the other way around? I can’t remember now. “

15 thoughts on “Sean Connery and the Non Bond Poster Gallery”