If you said First Blood then you’re probably about the same age as I am. Silverado, To Catch a Killer and The River Rat are some others that come to mind from the VHS era. What’s the common denominator among them? Dennehy is the bad guy. In the case of To Catch a Killer, downright terrifying. Instantly recognizable with his imposing size and presence, the more films I looked for him in, the range of characters he portrayed broadened with flicks like Cocoon, Best Seller and F/X. The television screen offered plenty of opportunities for this unlikely leading man and I thought it was time to catch up with some of the films I’ve accumulated that star the barrel chested actor born in Connecticut. As a matter of fact, Dennehy has had much stage success as well and appeared only 20 minutes from my location at the world famous Stratford Festival here in Ontario Canada. He has that Ernest Borgnine thing going for him when it comes to playing the violent mean spirited character in one film and then turn it around into a gentle giant the next. 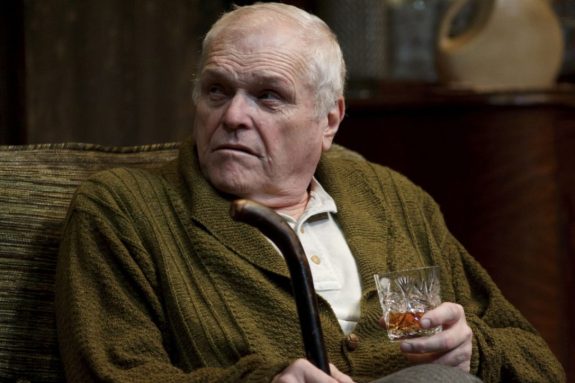 On to the films.

The title of this HBO flick refers to the truck that Dennehy drives around the African country side. This cable effort casts him as an unlikely cross between Bogie’s Charley Allnutt and Michael Douglas’s Jack Colton from Romancing the Stone. When a plague strikes an African village, a doctor/missionary played by Brooke Adams needs help in locating a cache of medicine to be found in a town over 400 miles away. She’s getting no help from local military police so turns to the hard drinking, whore chasing Dennehy for help. He’s got no interest in Brooke other than bedding her but when an uncut diamond worth a fortune falls into her hands, Dennehy wants his share and is willing to do whatever it takes to score his percentage. Maybe the girl too.

Directed by veteran Kevin Connor, this mostly plays light as the two leads hit the trail for an African Road Trip picture rife with arguments, roadblocks and cutthroat villains after the large gemstone. For the most part it’s a passable journey that allows Brian something a bit different than the villain roles that I often think of him in. Underneath the gruff exterior there’s a story that Miss Adams will uncover that might soften her heart just a bit towards the big guy and with some luck, they might wind up rich and rescue those dying in the far off village. Attractive Brooke Adams for me will always represent Donald Sutherlands girl in the 78 version of Invasion of the Body Snatchers in case your trying to recall where you know her from as I did when the film began.

I found this one on VHS if your interested in hunting it down.

This time out Brian gets to take on a vigilante role that we might normally have seen set aside for an aging Charles Bronson. He’s a college gym teacher who along with his wife, Joanna Cassidy, discover that their daughter has been kidnapped and being held in a terrorist plot in Germany. Terrorists have kidnapped an airplane crew of pilots and stewardesses, holding them until some imprisoned comrades are released. Dennehy and Cassidy are lost when the news reaches them. Not getting any reliable reports on police progress, they fly to Germany and join forces with a news reporter played by Ron Silver in their hunt for answers and help.

The couple are beginning to see that no progress has been made in freeing their daughter as there will be no discussions towards giving in to the demands of the terrorists. With the strain on their marriage taking it’s toll, Brian meets with a mercenary who promises results against his wife’s wishes. Dennehy hires the elite outfit with one stipulation, he goes along every step of the way. He’s soon to realize he isn’t exactly cut out for the violence and killing these men are capable of but he’s learning. Before long the anger will rise and he’ll soon learn just what he’s capable of when the life of his daughter is on the line.

More than anything, I liked the performances of both Brian and Joanna here. They bring a realism to the situation on screen that keeps this one from being another shoot’em up revenge flick of a cartoonish nature. I was a bit surprised that I liked this one more than I had anticipated. That’s probably because you can pick this up in any bargain bin collection of ten action titles at Walmart for about 5 bucks. That’s where I found it.

Not quite Death Wish or Taken but Brian keeps it believable and when he gets angry on screen in the name of righteousness, he becomes a powerful force of nature. 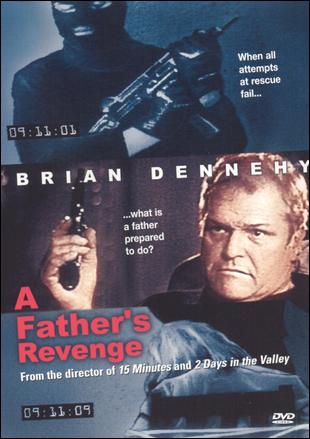 10 thoughts on “Brian Dennehy and a Quartet of Television Films …. Part 1”