I’m under the impression that this George Axelrod directed feature is something of a black comedy/cult favorite. While that may be the case I can’t state that it absolutely struck my funny bone though the inclusion of Ruth Gordon and Harvey Korman were sure to elicit some laughter from yours truly.

One of personal favorites, Roddy McDowall, takes the lead role of a high school student (Roddy was 38 when released) who is something of a devilish angel or guru/hypnotist type of character who has a certain power over those around him. After the opening credits come to a close with the title track performed by The Wild Ones, Roddy tells our story in flashback from a prison cell. Enter the stunning Tuesday Weld.

Having a hypnotic power over Miss Weld, Roddy befriends her while at the same time attempting to make her every wish come true. Tuesday’s character is Barbara Ann. Named after Barbara Stanwyck and Ann Sheridan by her mother and possible prostitute Lola Albright. Naturally Weld wants to become a Hollywood star but along the way to that goal are other wishes that the devious Roddy will put in to motion. Not only does he figure out how to land her twelve angora sweaters for a specific fraternity of spoiled blonde babes including colors Periwinkle Pussycat and Grape Yum Yum, but he tutors her on how to land a job as Korman’s student secretary. Korman is the school principle and more than a little infatuated with beautiful Tuesday, hanging on her every word as only a lascivious Harvey Korman can play. Watching him here only brings fond memories of his many skits and characters he enacted on the Carol Burnett show that my family would watch gathering around the TV while I was growing up. Some of which had Roddy guest starring.

If you haven’t figured out by this point in the film that SEX is front and center, then you might want to go back to the universe of Frankie and Annette over at AIP. Next thing Weld wants is the Marriage Counselor graduate for her husband and Roddy goes about setting it up while at the same time doing his best to keep the pair apart after they say their I do’s. Martin West stars as her new hubby with the domineering mother played by Ruth Gordon. Ruth once again delivers a memorable performance of the flighty nature, her thoughts never seemingly connected. She just rattles on and on to comic delight.

Heaven help West once the immature Weld decides she doesn’t want a husband anymore and Roddy reminds her that the only way marriages come to an end in the Gordon household is when the hubby dies. Cue the various attempts at Roddy making her latest wish come true. Good thing West has nine lives. 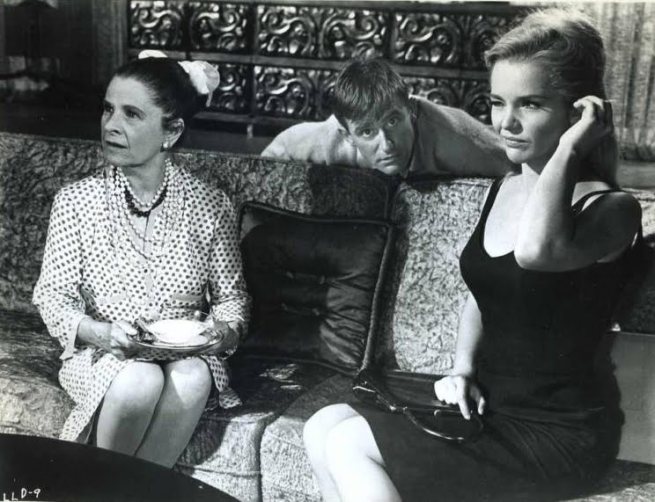 While Roddy was no where near the age of a high schooler he doesn’t come off as unbelievable. He’s weird with his cackling and arm waving but I can’t say he’s nearly forty years of age either. Miss Weld is much closer to the high schooler age at 23 when this was released and fits the role though I must admit while watching it feels like everyone is in college as opposed to high school and that’s the way I viewed it.

I suppose we could look to this black and white effort as one of those titles that pushed the boundaries of what was allowed on screen at the time. There’s plenty of grinding hips and bikini babes dancing wildly to the title track and the inclusion of Playboy’s Playmate of the Year 1965, Jo Collins only adds to the sexual content that might have been well known to the paying male population at the time. 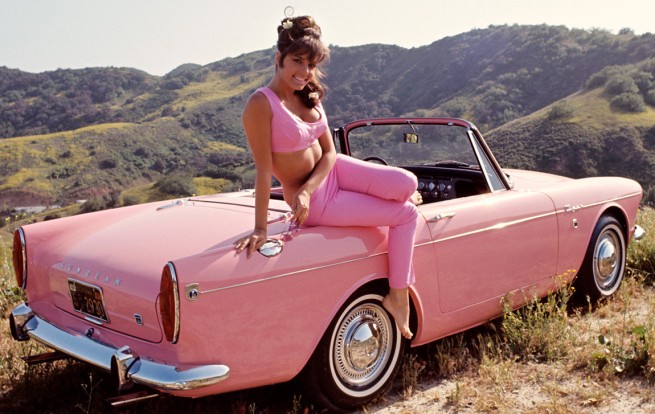 So as I write this post up I realize I laughed more than I thought but it just wasn’t something I’m likely to watch again anytime soon unlike some other black comedy efforts I enjoy like the recent Burke and Hare from John Landis. I even hate to admit it being a big supporter of Roddy but I just didn’t enjoy his work this time out as much as I do other roles. Maybe the performance just hasn’t aged well. Better suited to co-starring status? Perhaps. Either way it’s worth a look for that time capsule appeal and fans of the leading players.