Thanks to the Made On Demand line of DVD’s that are becoming a must for film collectors, I finally had the chance to see this Randolph Scott western that once again sees him teaming with producer Harry Joe Brown for another superior sagebrush tale made on a “B” budget. Like the majority of their films, this one surrounds Scott with a superior cast led by professional baddie, George Macready.

Scott doesn’t enter the story until the end of the opening prologue where we see Forrest Tucker heist a gold shipment only to be captured by law enforcement. He’s being transported by coach and when stopping in the next town he’ll easily escapes his chains and KO’s the elderly sheriff transporting him to jail. In no time at all he’s got a posse on his trail and a rider in the distance shadowing his every move.

Losing the posse, Tucker will get set to bushwhack the mysterious rider only to discover it’s a greenhorn in a suit and bowler looking for a rider to tag along with to the next town. Under the bowler is indeed our leading man, Scott. Have to admit he doesn’t look out of place all dressed up playing the tenderfoot though we all know there’s more to this character than Tucker suspects. 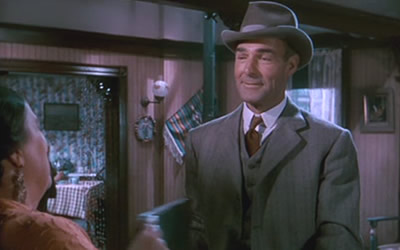 As the plot develops, Tucker allows Scott to tag along but keeps a wary eye on him. Tucker may have been captured after his gold heist but the shipment was never recovered and he intends to work his way back to his hiding place. When Scott saves Tucker from certain death at the hands of shifty Jeff Corey and Frank Faylen who play brothers in the employ of shady George Macready, Tucker begins taking a liking to the smooth talking Scott. Macready and Tucker have a past and it’s the always untrustworthy Macready who plans on cutting himself in for a share of the gold. A very large share. 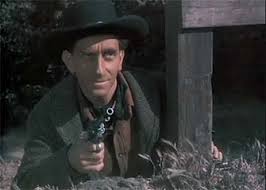 This would be a good a time as any to point out that Jeff Corey delivers a solid performance here as the meek brother to Faylen and though they might be on the wrong side of the law, Corey brings a certain amount of sympathy to his not so smart character who is loyal to the bitter end. 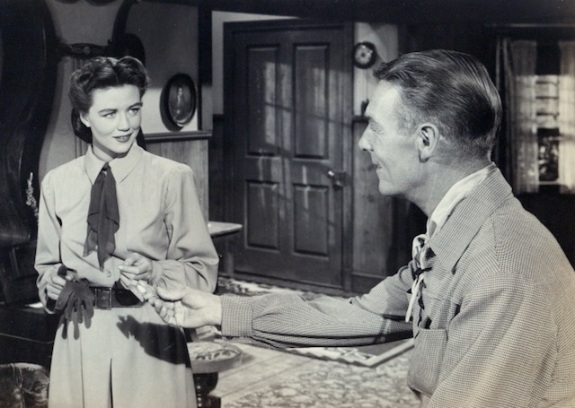 Like any decent oater, we have a leading lady and it’s none other than future Oscar winner Dorothy Malone. I’ve been overly critical of Miss Malone on many occasion but here she isn’t playing the sex bomb looking to land the toughest hombre on the trail, she’s a strong willed woman who just happens to be Macready’s daughter and has set her hat on the handsome greenhorn who surprises a few cowpokes when he easily tames a bronc down by the corral. A hint at Scott’s real identity?

Double crosses and romance are in the air but it’s the relationship between Scott and Tucker that makes this Gordon Douglas directed feature work so well. Scott’s going to revealed as a Marshall who’s gone undercover to locate the gold and take Tucker back to jail. This sets them firmly as opponents as the film comes to it’s close but Tucker is just damn likable so thankfully Macready is on hand for the pair to face off with against the familiar backdrop of scenic Lone Pine, California. 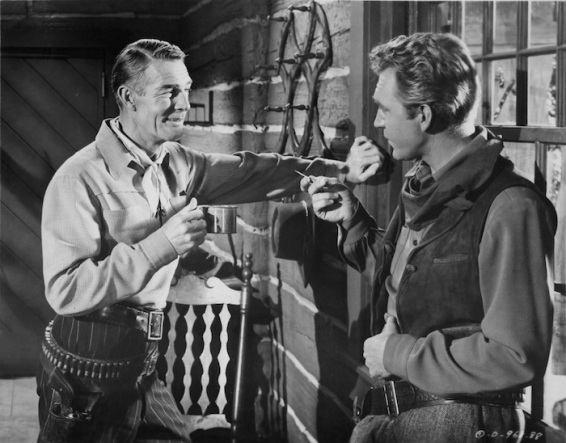 It’s a rousing climax full of gunplay, emotion and a dynamite show of fisticuffs excitingly staged in an old mine shaft that sees Scott tangle with Tucker in an all out brawl. Supposedly filling in for the sure handed Scott in this scene is stuntman Jock Mahoney who also happens to have a role in the film as one of Macready’s heavies. Billed as Jock O’Mahoney this time out, the O would eventually get dropped and Jock would move on to star in a variety of westerns and adventure films including two superior go rounds as Tarzan in the early 60’s.

Words of wisdom from Randolph Scott this time out that suit the western star? 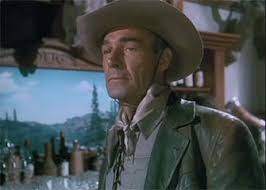 “A man makes his own breaks.” as I did when picking up this nice addition to the library here at Mike’s Take. It’s always a good day to sit back and watch any Randolph Scott western and even better when it’s new to me. Grab the DVD should get the chance to help complete your list of Scott titles.