When I attended the 2016 TCM Festival in Hollywood, this final film in the career of John Garfield was playing at the Egyptian Theater and was clearly marked on my dance card. It was for me the first and so far the only opportunity I’ve had to see a Garfield film on the BIG screen and aside from The Postman, this would have ranked high on the list if I was given a choice of titles to choose from. Apparently I wasn’t the only one excited to see John’s Noir classic at the Egyptian. The line up extended out to the back of the building on this sunny mid morning. 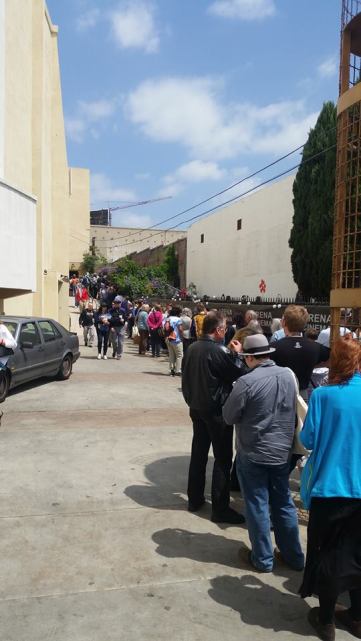 He Ran All the Way is my contribution to the John Garfield blogathon which has kindly been organized by Phyllis Loves Classic Movies.

By the time Garfield growls these lines at Wallace Ford, his fate has already been sealed. The film from director John Berry wastes little time in setting up John as a tormented Noir character.  He’s in a rundown apartment, it’s hot and he verbally abuses his Mother, “Go on. Knock off.” Emerging on the crowded city street dressed in black he meets up with fellow hood Norman Lloyd. They’ve got a heist to pull and within ten minutes from the opening credits, John’s killed a police officer in a bungled payroll robbery and his partner lays dead.

Incredibly, when I attended the Egyptian Theater to see the film, a 101 year old Norman Lloyd was in attendance and took a bow to the enthusiastic applause.

Mingling into the city crowds and on the run, John finds himself at a public swimming pool latching on to a young woman when he sees local police scanning the crowd of swimmers. He’ll stick to her for cover and find himself escorting her home. Cast as the female lead is Shelley Winters. Perhaps a little too excited at a man’s interest in her, she seems to overlook the edginess in John’s character. Once back to her families apartment, the plot will turn to a hostage situation with a battle of wills between Garfield’s killer and Wallace Ford’s wonderful turn as a working class head of the family. 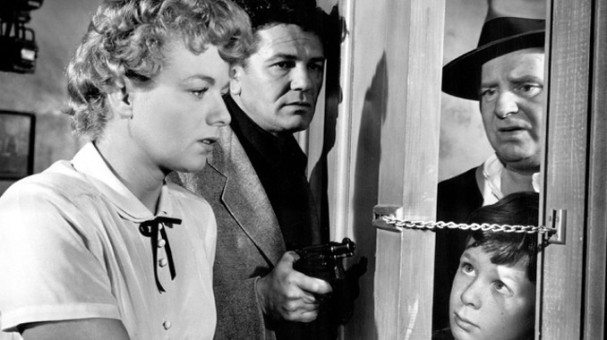 Rather than recite the plot, let’s focus on John Garfield and this terrific performance in what is sadly his final role at the age of 39. “I got big plans.” he’ll point out with ten grand in his pockets but his is a doomed character. A born loser who is nothing less than self destructive. His tough demeanor softens at various times as he tries to become a member of the family he holds captive. Along with Ford and Winters are Ford’s wife played by Selena Royle and Robert Hyatt as Winter’s little brother who can’t be much more than 10 years old. While Garfield plays it tough there are cracks in his exterior in multiple scenes. He supplies a turkey dinner for the family though they prefer the stew Mom has cooked. When Mother injures herself after Garfield goads her to distraction, he suddenly turns into caretaker and most notably when the young son attacks him, he lets the boy swing away until the boy succumbs to tears at which point Garfield gently cradles him to his chest. The actor deftly allows his character to offer us a window into what he realizes life has denied him. 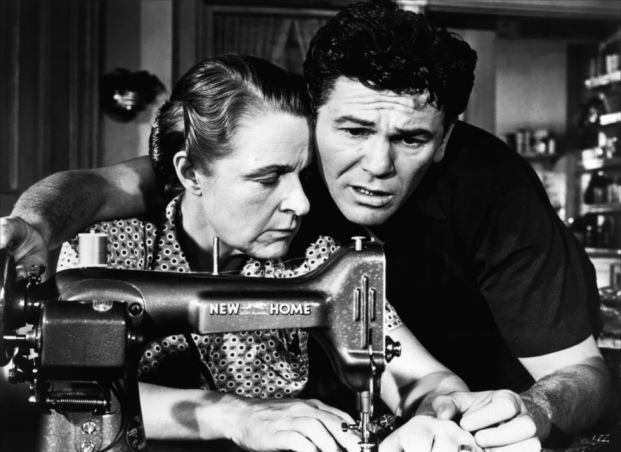 The finale to the film is both hair raising and harrowing made even more so when one is aware it’s Garfield’s final appearance on film. It’s fitting that this one was shot by the revered James Wong Howe from a script co-written by Dalton Trumbo no less. Special mention has to be directed to the magnificent turn from Wallace Ford here as a Father cornered and concerned for his family’s safety. With well over 150 acting credits to his name, one might be hard pressed to find a better performance out of the aging character actor who appeared in films ranging from thirties classics like The Informer to Monogram’s The Ape Man. He would also appear with Garfield in another Noir favorite, The Breaking Point in 1950. 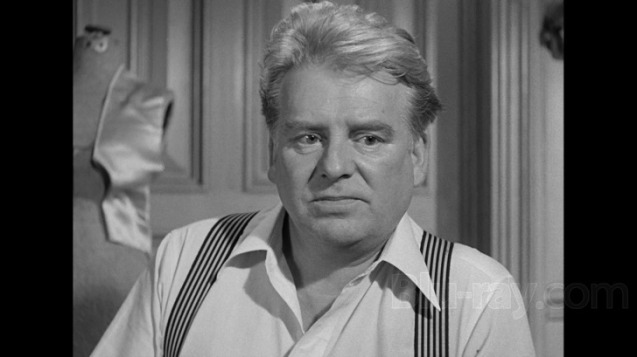 Franz Waxman supplies us with a biting score that suits the genre while many of the camera angles from director Berry perfectly frame the confused Garfield at various points in the film. Like the heat of the hot summer the story takes place in, Garfield can often be seen simmering on camera until he explodes grabbing the viewer by the throat, demanding we watch his self destructive nature that leads to his undoing.

Shelley Winters? The less said the better I guess. I often wonder if I’m too hard on her but if there’s a weak link in the film, I’d clearly point in her direction. Maybe her needy role hasn’t aged well but I couldn’t help but think to myself after this most recent viewing, she’s destined to be a battered wife and if she does indeed run off with the Garfield character, that’s the future that awaits her. No doubt.

It’s not Winters that’s going to keep you riveted to the screen anyway. It’s the explosive John Garfield. Who knows what roles may have come his way if things had worked out differently and John had lived another decade. A new era of stars were arriving in the fifties and a new style of actor with Brando. It’s the classic “what if”.  It sure would have been memorable to see John on screen with the next class that were being signed on by the majors. 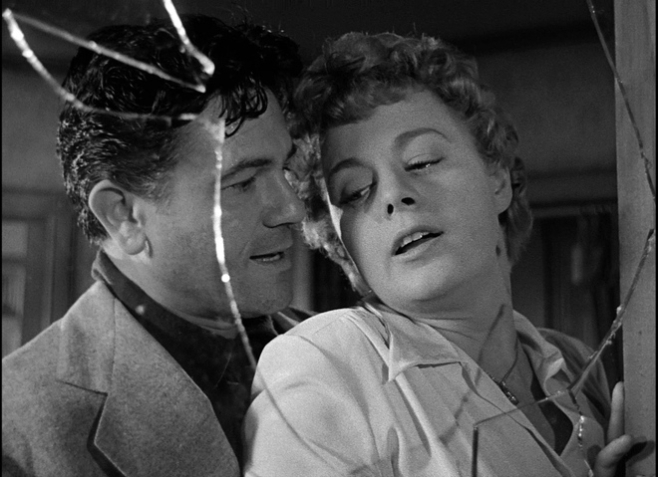 Time to read more about John and the subjects other writers have chosen to share with one and all. Give them a look to learn and discover more about this actor who somehow deserves a bit of that cult status that seems to have been reserved for Bogie, Cagney and Eddie G.