Before Robert Mitchum’s brutish killer Max Cady cast a long shadow over movie goers in 1962’s Cape Fear, look no further than a surprisingly intense performance from Wendell Corey as a deranged killer hell bent on destroying the one thing that Joseph Cotten covets most of all, Rhonda Fleming. 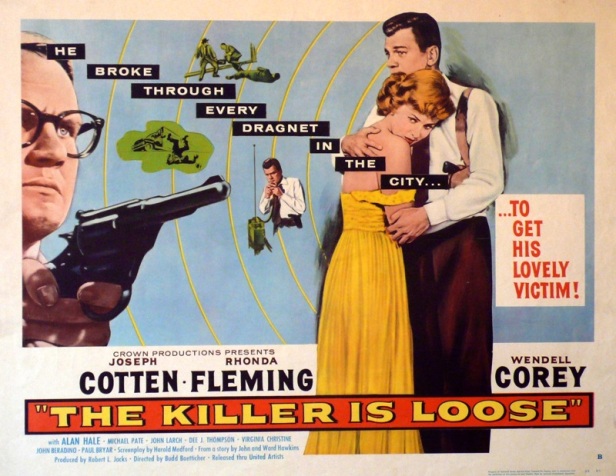 Not surprisingly, this edge of the seat thriller was directed by the sure hand of Budd Boetticher. The movie starts innocently enough from the perspective of Corey, he’s a bank teller who gets roughed up during a robbery. Called in to the case and questioning both the employees and customers are Joseph Cotton, Michael Pate and Alan Hale Jr. It’s quickly ascertained that there was some inside help on the heist leading to the doorstep of the seemingly docile Corey. When the police crowd his apartment shots are fired and upon returning fire, Cotton accidently kills Corey’s wife who had no idea her husband was guilty of any wrong doing.

Corey is soon thereafter sentenced to a long stretch in prison but not after marking Cotten’s wife, Fleming for death after seeing her in the court room. Cut ahead in time to the three year mark where the once again, gentle demeanor of Corey has landed him in a minimum security farming operation. He’ll brutally kill a guard and make his getaway. He’s heading back to the city where Cotten plies his trade. Knowing that Corey had laid threats before his departure, Miss Fleming becomes the supposed target in the eyes of the police. 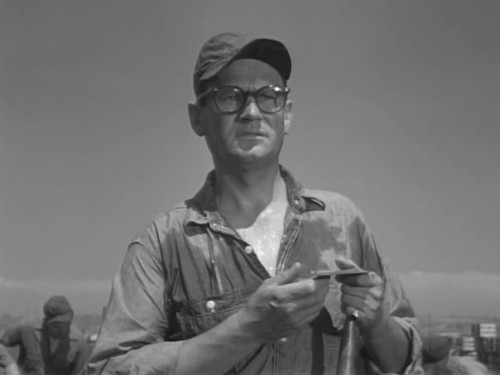 “A 357 magnum! He’s not after me he’s after elephants.” Cotten says upon learning that Corey is armed. It’s hard not to chuckle after that line knowing Dirty Harry Callahan gave the weapon instant recognition in the seventies by using it for anything BUT hunting elephants.

Roadblocks do little in stopping a chameleon like Corey from working his way into the city and arriving at the home of John Larch. Larch served as Corey’s Sergeant during the war and they are far from friends. It’s apparent that Larch was a bully and now that Corey is over the edge, he wants his pound of flesh. Their confrontation proves to be the highlight of the film. It’s heightened by Larch’s wife who is breaking down under the strain of Corey’s implied threats. It’s an explosive scene that when viewed gives you that sense of seeing something not likely to populate most releases during the era which I’d think left audiences at the time somewhat startled. 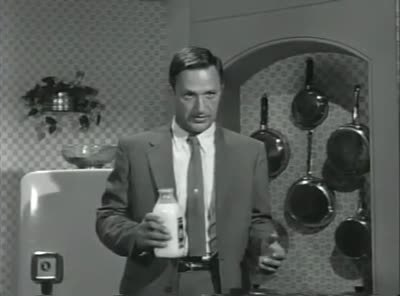 Still ahead for Corey is getting close to the home of Cotten and Fleming. He’ll do his best to make it but will have to contend with Pate, Hale and the rest of the police force if he’s going to achieve his twisted goal.

At just 73 minutes, this easily falls into the “B” category but that doesn’t stop Wendell Corey from turning in a performance I honestly didn’t think he was capable of. He’s always seemed to be a monotone player for me with little opportunity to find a character that steals a film. Steal a film is exactly what he does from Joseph and Rhonda with his creepy, threatening performance. Cotten comes off fine here as well as the Officer who is trying to get his unsuspecting wife out of the area and set himself up as bait. Sadly, Fleming’s role is of the one note variety that doesn’t do the actress any favors as the script does it’s best to inject some lover’s quarrels into the plot that would have been better served in a soap opera. 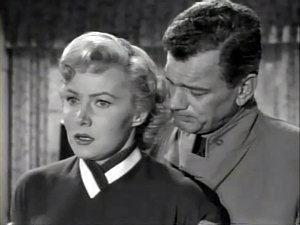 Notable as a western director, Boetticher proves he could handle this modern day version of a western theme more than handily. It’s during the same year as this release that he would begin his long association with Randolph Scott in a succession of above average westerns.

Sure that’s Virginia Christine as Pate’s wife who some may recall as The Folger’s Lady on TV but she’s not the reason to tune in for this Boetticher effort, it’s clearly Wendell Corey. The Killer is Loose has on occasion turned up on TCM and is also available as part of the made on demand line of DVDs through MGM. 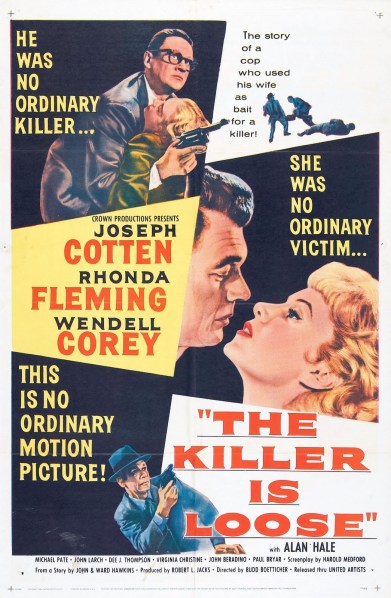