The latest installment of the Mad Movie Challenge where Kristina of Speakeasy and myself assign the other titles they have yet to see proves one thing, I hadn’t yet seen all those great titles released in 1939, the year commonly referred to as the greatest of all for the amount of classics released during one calendar year. 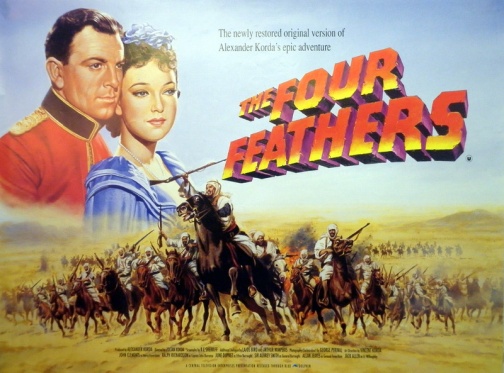 Seeing the names of Alexander and Zoltan Korda over the opening credits of a film, one can safely assume it’s going to be an epic scale production that is lavishly done. No less than technicolor filming for this tale of the British empire and the adventures of John Clement who shortly after the opening segment is branded a coward. The film opens with a prologue where Clements as a child listens in to C. Aubrey Smith and an old boys club of sorts as they relive their glorious pasts with tales of warfare and adventures. The child is rather frightened by the whole conversation and the damning tone of a final comment, “There’s no place in England for a coward.” 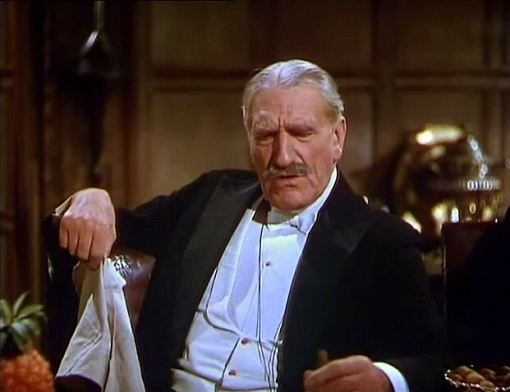 Clements and Ralph Richardson are both in love with June Duprez who is woman of stunning beauty in technicolor splendor. She’s the daughter of C. Aubrey and is going to find her love life in turmoil when Clements on the eve of going to the Sudan with his regiment seeking glories of their own, turns in his resignation.  He has no stomach for warfare and the atrocities committed in the name of adventure. He soon receives four white feathers. He’s been branded a coward by Richardson, Duprez and two other soldiers played by Donald Gray and Jack Allen. 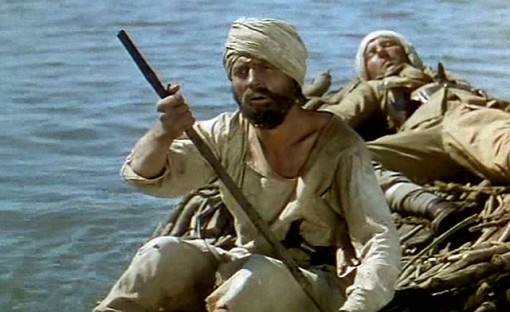 Setting out to disprove those who have passed judgement on him, he journeys in disguise to the Sudan where the British forces are trying to reclaim Khartoum ten years after the death of General Gordon. It’s been a while so time to cue the Heston cameo! Here’s a shot of Chuck as Gordon from the ’66 film Khartoum. 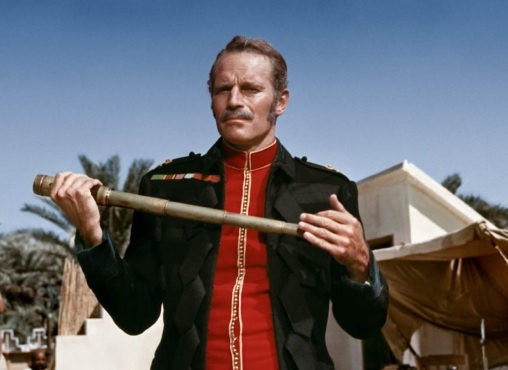 I’d rather not play spoiler here. Let’s just point out that in disguise as an Arab, Clements is going to find the opportunity to both save and display great bravery in the eyes of those who he once had great respect for. Sir Ralph Richardson finds himself the company commander who will be in great need of help after sustaining an injury that leaves him at the mercy of the desert heat. The desert itself is practically a character in the film. The sun baked earth is dry and leaves little chance for survival to those caught in it’s heat. There’s a great shot of Ralph walking towards the camera as an army of locust circle the skies around him. It won’t be long before the enemies of the British Crown do the same.

The battle scenes are done in epic style with a “cast of thousands.” At least a whole lot more then we’d see in most films today that might include a battle scene or two. We can just CGI a few thousand soldiers into the camera frame. In all fairness, there is a bit of CGI 1939 style in here as well. It’s when cartoon images are used as shadows of vultures on the desert floor.  The flesh eaters are  following some of our leading players as they meander through the sands in search of water. 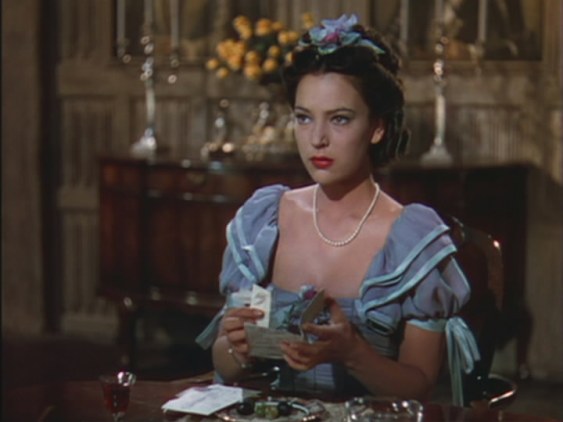 Long thought to be dead, there is a great scene eliciting some severe goosebumps when Duprez discovers that Clements isn’t dead and is far from the coward he’s been branded as. Having never seen any version of this tale from writer A.E.W. Mason, I had no idea if this was going to morph into a happy fade out where Clements reclaims his love or a tear jerker where he makes the ultimate sacrifice to prove his worth in the eyes of those who have judged him wrong. I’m more than happy with the way it did turn out in this film that is a fitting companion to classics like Gunga Din, Beau Geste and The Lives of a Bengal Lancer. 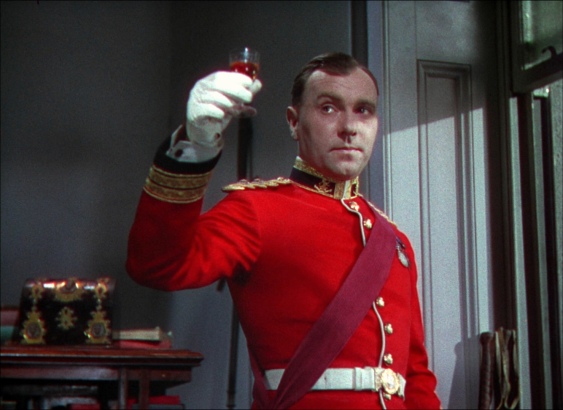 A great adventure tale put forth by Kristina in the grand style of entertainment. So now take a moment to jump over to Speakeasy and check out the flick I assigned to my blogger pal. It features one of the seventies great acting villains and another we all know from his iconic role as Captain Quint.