“This cloak and dagger racket’s rough.” 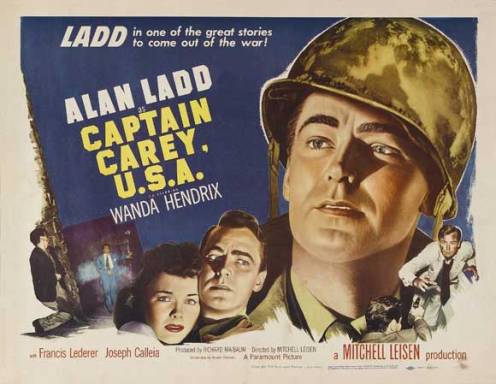 A foreboding line when O.S.S. agent Alan Ladd and his partner are ambushed on a small island villa where they have been stationed for six months. They have been transmitting information via radio to the allied forces. Ladd has fallen for the young lady living in the villa played by Wanda Hendrix. When the Nazi’s storm the villa and find the hidden wine cellar, Ladd’s fellow officer is killed. Ladd himself goes down fighting but before he loses consciousness he hears another gunshot and scream leading him to believe Hendrix herself has been killed.

The famed song Mona Lisa plays prominently throughout this Mitchell Leisen film from Ladd’s home studio of Paramount. It serves as a warning of danger as the plot moves itself along. 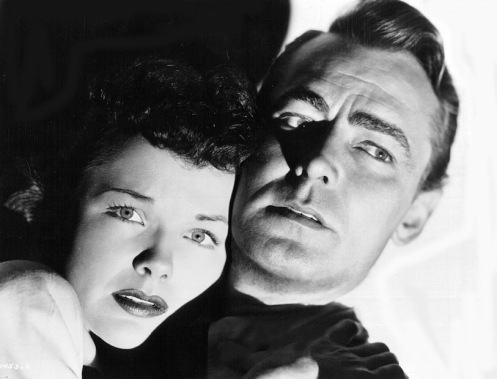 Fast forward to three years after the war has come to an end. Ladd is back in the U.S.A when a painting in an art gallery triggers a need for vengeance in just who betrayed him and his cohorts to the Nazi’s. In no time at all he’s back on the Italian island questioning the Countess, Celia Lovsky and Francis Lederer about the painting he discovered in America and just how it got there. That painting was in the cellar that he lived in for over six months during the war in the concealed room he slept in and hid from the German forces.

Ladd is going to be in for one hell of a surprise when he finds that not only is Hendrix alive but, she is married to Lederer. Also the fact that the village inhabitants believe that Ladd brings death with him. There were 27 men killed by the Nazi’s as punishment for harboring Ladd during the war. He’ll find few friends among them other than Joseph Calleia.

Soon Ladd is to find a dead man at his doorstep who offered him information and a lead as to who the traitor/art smuggler really is. Seriously, if you know anything about the actor’s I’ve mentioned in the cast, do I really have to tell you who the villain is? 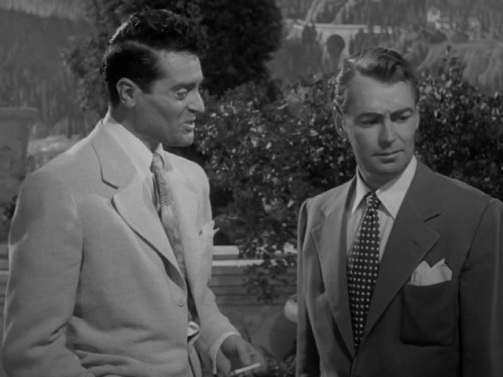 Ladd is going to dig deep and is joined by Hendrix who still carries a torch for the rugged Ladd who asks questions with his fists when necessary. He’ll muscle Roland Winters as well that leads to Winter’s death before he divulges some vital information. Worse still is that Ladd is thought to be the killer of Roland. Now he’s on the run from both the local police and the villagers who must be mistaking Ladd for the Frankenstein Monster as they take up the chase. All they really needed was torches in their hands and I’d think the producers were using some stock footage from the thirties.

This is a rip roaring adventure where Ladd fan’s are concerned. The finale alone when he takes on all comers in a very physical showdown is worth the price of admission. It’s characters like this one that helped to establish the Ladd mystique. While I have no problem with his costar Miss Hendrix, I do think the film would have been better served with a bigger name cast opposite our hero. Think of something along the line of Glenn Ford having Rita Hayworth in Affair in Trinidad. Someone a bit more established like Ann Blyth or even a young Jean Simmons would have been a welcome addition to this Ladd adventure.

The song Mona Lisa won the Academy Award for the best original song though it wasn’t sung by Nat King Cole in the film. A very young Rusty Tamblyn is also featured here in one of his earliest roles.

Ladd fans are sure to enjoy this rare title that was thankfully rescued from obscurity by Olive Films a couple years back and released on home video. 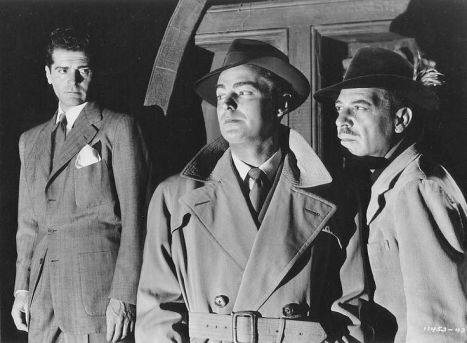 Now on the the fun side of things, I sat down and watched this film with my Dad the other night and still get a kick out of his narration while watching a film. When the Nazi’s storm the hideaway at the start of the movie, Dad quickly points out when seeing four troopers entering the villa, “Alan will have no problem with just four of those guys.” He quickly retracts that statement when a whole platoon arrive behind the first four.

These little moments always add to the enjoyment of a film and hopefully my own kids will someday fondly recall I do much the same.