While MGM may have been home to more stars than there are in the heavens, they still put out a steady stream of “B” flicks for the double bill market and I would assume that this 67 minute comical escapade fit that bill perfectly.

“He needs to be two things. Honest and dumb!”

This from gangster Lloyd Nolan as he conjures a plot to jump bail and get himself to South America. 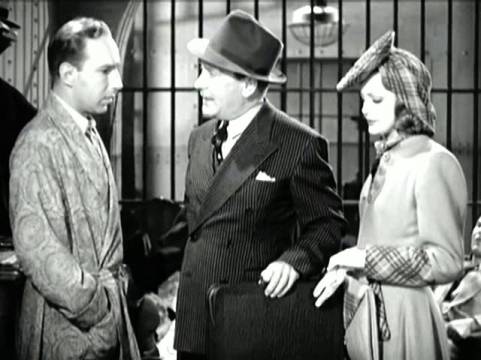 Leading man Lew Ayres stars here as a rather meek life insurance salesman trying to make enough cash to wed his beloved Rita Johnson. The boss’ secretary at the office. He gets a high end customer in Nolan but has no idea that Lloyd is a famous gangster. With the policy in place, Ayres’ company would be paying out $50,000 in the event of Nolan’s death. When a $25,000 reward is placed on Lloyd’s head dead or alive, Lew’s job is in jeopardy. Hence the earlier comment from Lloyd.

Lloyd’s girl Virginia Grey enlists Ayres to bring in Nolan and claim the 25K for himself. Thus keeping his job on the condition that he hands over the cash to Nolan. Nolan would then be able to have enough dough to buy off his freedom with some shady judges arranged by his fast talking lawyer William Demarest.

In the next forty minutes there’s going to be plenty of twists and turns when Lew finds himself the holder of worthless stock bonds that are thrown his way from the shady gangsters. Timing is everything and through a government grant turn Lew into a wealthy man overnight. Guess who wants their bonds back?

This is a relatively enjoyable B flick with a cast of oh so familiar faces from Lew and Lloyd on down. For me Lloyd Nolan is one of those character players who makes pretty much anything he’s in that much better.

Both leading ladies, Johnson and Grey had a long list of credits to their name during the studio era. Grey would act into the 1970’s with plenty of stops in television and countless B series’ including Tarzan, the Hardy’s and the Thin Man set. Rita’s career was much shorter ending in the fifties but she too would join in series’ like Nick Carter and Maisie. She even starred as young Roddy McDowall’s Mother in My Friend Flicka. 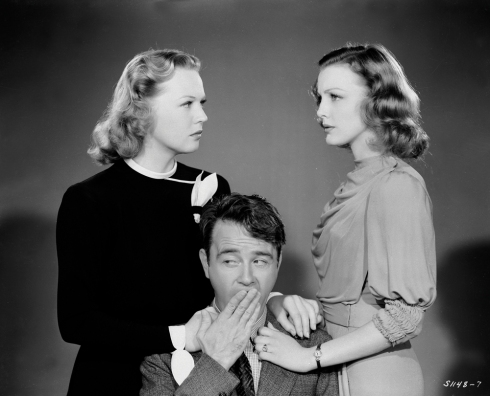 Gangland favorites, Marc Lawrence and Ned Pendleton turn up to muscle the meek Ayres on Nolan’s behalf but find themselves in for a bit of a surprise. Turns out Lew used to teach boxing and he’s awfully hard to hit. Paging Harold Lloyd and his character from The Milky Way. This minor feature actually seems like it had been pencilled in as a Lloyd script. Ayres is ok but I did feel the role should have been played by a Harold Lloyd type or if we were about five years down the line, a Danny Kaye could have worked just fine.

If you do catch this on TCM where I happened across it, you might just wonder as I did if the Hays code is about to be broken at the fade out. Tune in and you’ll see what I mean. Perhaps crime does pay after all.

As it stands, this Leslie Fenton directed “B” plays like an elongated Three Stooges short where the boys would commonly get tangled up in money, gangsters and women. Only this time we come up short two stooges.