The Inner Sanctum series of Lon Chaney titles can make for some diverting time fillers of unusual murder mysteries. This one is no different and features an ironic twist of fate that just might implicate poor Lon in a first degree murder charge.

This time out we get Lon the artist. He’s currently in the midst of painting his Mona Lisa with the exotic Acquanetta as his model. She has eyes for her artist but he’s only interested in capturing her beauty on canvas. Lon’s heart belongs to Jean Parker. 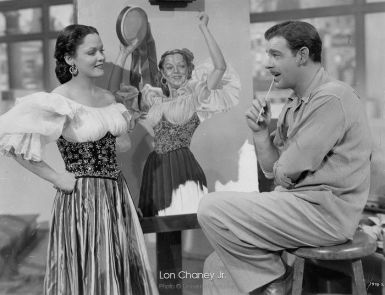 The unthinkable happens when Lon accidently flushes his eyes out with acid ruining his sight. Acquanetta places the blame squarely on her shoulders and quickly turns house maid to the ailing Lon. Guilt takes over and Lon breaks off his engagement with poor Jean.

Long time character player Paul Kelly doesn’t like the latest development as he had his eyes on Lon’s model and makes his intentions clear. Acquanetta rejects him adding intrigue and a red herring into the mix as a murder is sure to come quick in this 64 minute Universal Studios pot boiler. 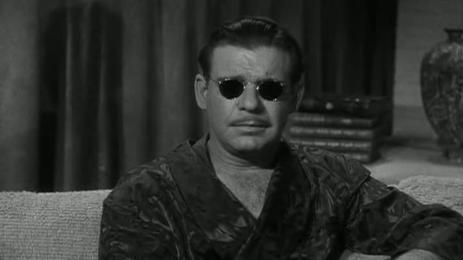 The irony kicks in when Jean Parker’s father adds to his will that upon his death his eyes be given over to science in the hopes that his cornea’s will restore Lon’s sight.

Talk about signing your death warrant.

Even more so when Lon is heard to have an argument with his benefactor. When his one time future father-in-law is found murdered with Lon by the body and blood on his hands he’s bound to be suspect number one. Still a dead man’s will must be carried out and Lon receives the experimental surgery. Now it’s in the hands of fate whether or not his sight will be restored.

Did Lon commit the murder or is there more to this crime caper. That’s just what detective Thomas Gomez is going to have to figure out and he’s leaving no stone unturned. He’s also badgering Lon in the hopes that a confession might be forth coming. 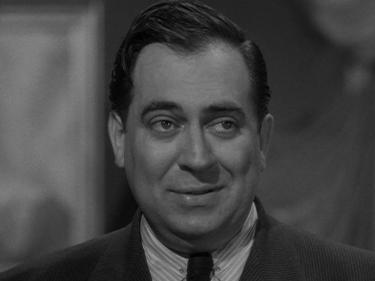 When another of our star players turns up dead, our painter turned blind detective just might have a few tricks of his own to unveil the killer and prove his innocence to both detective Gomez and his true love Parker.

Dead Man’s Eyes was the third of six Inner Sanctum films. All of which cast Lon in the lead role. The first three titles in the series were all directed by Reginald Le Borg. Calling Dr. Death and Weird Woman being the other two. He and Lon would still be working together as late as 1956 on the star studded The Black Sleep. 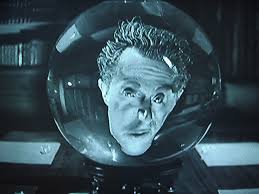 This entry into the series featuring a man’s head in a fishbowl has an above average cast of character players. We get Paul Kelly who had an incredible amount of credits to his name. Kelly’s career was even interrupted as he was incarcerated for a period of time on manslaughter charges. Click here for a well researched look at Kelly’s career. 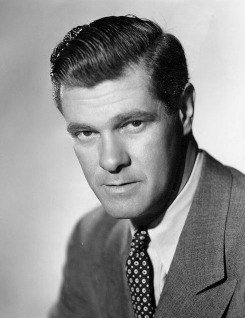 We also get Thomas Gomez who was another “face” that showed up in countless titles including some great Noirs. Key Largo and Force of Evil. Then there is the beauty and curves of Acquanetta, fated to be a leading lady of low budget horror titles in the secondary cycle of Universal thrillers.

Overall there really isn’t much to recommend here. The Inner Sanctum titles are all kind of fun in that classic sense of the B” titles. You either dig’em or you don’t.

Guess you could say I do.