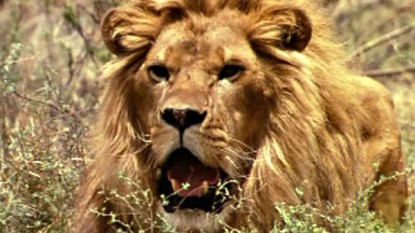 With my recent viewing of Roar I thought it was long overdue to catch up on this Richard Harris title where he plays the famed activist George Adamson. Prior to watching this wonderful film I had no real knowledge of Mr. Adamson other than his connection to the Born Free film that played constantly on television during my youth.

The film tells the story of Harris’ Adamson in later years living in Kenya with his brother played by Ian Bannen overseeing their wild life preserve. It’s a political mess where the locals would much prefer to see him and his lions move on or be shipped out to zoos the world over. Into their sanctuary comes Tony Fitzjohn played by John Michie. It’s the real life Fitzjohn who will ultimately carry on the work set forth by Adamson. 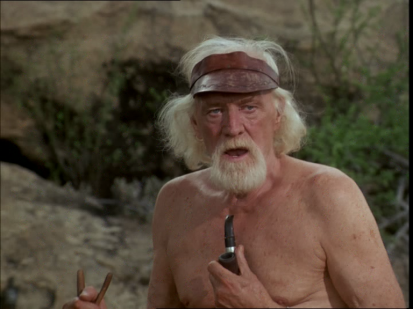 Harris sporting long hair and a beard seems perfectly well suited to play what is essentially an aging lion. Much like his charges that he so loves. Into his world comes the young lion played by Michie who will someday challenge Harris’ dominance for the betterment of the animals. It’s a journey that takes the young man from being more or less a vagabond to a purpose and meaningful direction in life.

With the sanctuary in jeopardy the men learn to rely on each other through political ploys and the ever dangerous poachers which sees a heartbreaking scene of Ian Bannen attempting to save his beloved herd of elephants from slaughter. Bannen is very good in this film and earned a Supporting Actor Nomination from the Canadian Genie Awards. The film itself was nominated for Best Picture.

Kerry Fox plays the leading lady of the film serving as the love interest and subsequent activist with the Michie character Fitzjohn. It is she who urges the men to relocate the sanctuary for the betterment of the wildlife. Once war begins to rage around them it’s only a matter of time before the move is made or their inevitable deaths occur.

Honor Blackman makes a brief appearance here as Harris’ estranged wife who in real life was sadly murdered in 1980. Geraldine Chaplin also turns up as the supposed caretaker to an aging Harris.

Harris is really good here as he was in many of his later efforts after giving up his hell raising days. He morphed into this actor who could display such tenderness and understanding on screen. For me his death left a great void in the Harry Potter series. Apologies extended to Michael Gambon.

While the animals are so beautiful there is a great sadness here as the events unfold over the time frame the film covers. For those not familiar with the story I won’t spoil it.

I do recall an interview with Harris when he discussed the making of this film saying something to the effect , “o.k. I’ll take the role but I don’t want to have to interact with any lions.” It didn’t quite work out that way as there’s a wonderful shot of Harris over the final credits walking with the lions.