In the same year that Virginia Mayo memorably co-starred opposite James Cagney as perhaps the screen’s best gangster moll in White Heat, she also starred opposite another of the famed on screen gangster stars of the thirties and forties in this Noir thriller that isn’t White Heat but it does have it’s moments. This time out she’s joined George Raft. 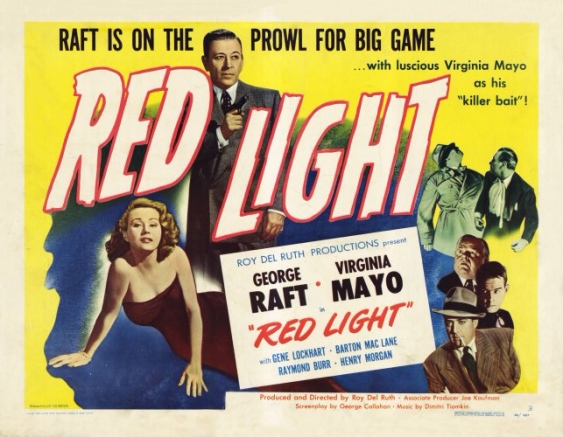 Raft stars here as man bent on vigilante justice. Arthur Franz who plays his brother has been gunned down for no apparent reason leaving Raft on the hunt for vengeance. The catch here is that Franz was a priest and before dying gives Raft a “biblical” hint that he can’t quite solve.

His first instinct is to strike out at Raymond Burr. The future Perry Mason  is no stranger to playing Noir heavies at this point in his career and from the opening of the film he’s right back where viewers of the day were accustomed to seeing him. Turning in a wonderfully sadistic performance is his gun toting partner played by Harry Morgan. The problem is that Raft can’t connect Burr to the killing. Burr has the perfect alibi which is backed up by Detective Barton MacLane who would like nothing better than for Raft to step aside and let police procedure handle the case. 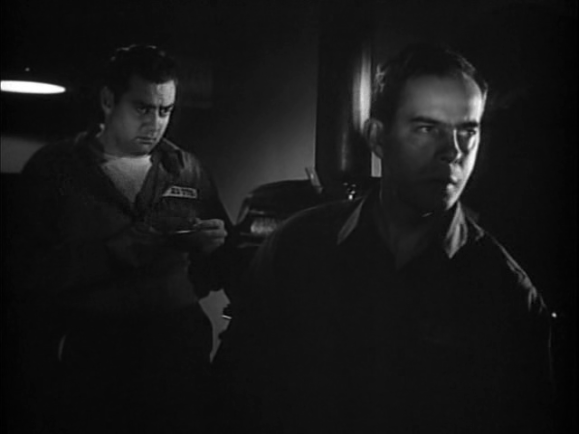 Raft’s hunt for the killer leads him to Virginia and it’s her that steps up to help him search for the clue that Franz left behind. Truthfully I am a tad disappointed with Mayo’s role this time out as it’s not as meaty as her other films of the day including the superior western Colorado Territory.

The strength of this film lies in it’s cast and a couple of key scenes that are wonderfully done in the Noir style. It’s sprinkled with names including William Frawley, Victor Sen Yung, Arthur Shields and Stanley Clements. Add to that Gene Lockhart as Raft’s business partner.

I believe the two best scenes in the film come when Burr is stalking Lockhart through a darkened train yard. Thank you to producer / director Roy Del Ruth for this well staged cat and mouse scene with plenty of shadows and footsteps to heighten the tension. 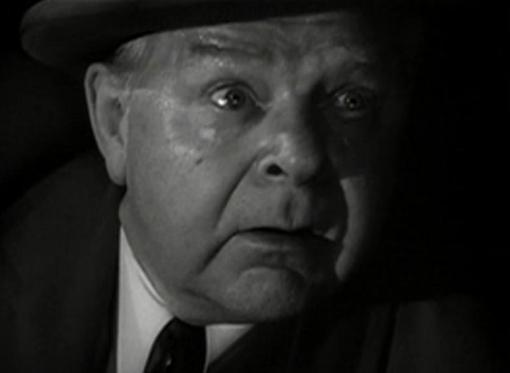 The other scene gives  Raft a memorable moment of allowing Morgan to incriminate himself in the proceedings.

Where the film differs from others of the genre is in it’s religious overtones. I’m not sure if I like what the overall aim was but it’s definitely something a bit different in plot development from a story by actor Don “Red” Barry.

Thumbs down on the casting list over the opening credits for not giving Victor Sen Yung a credit. He’s in the film as much or more than some of the other credited names. One can’t help but think of the race card in some of these situations. But then maybe that’s just today’s mentality.Sen Yung had no problem getting the appropriate credit when he’d appear in the Charlie Chan series.

So for this Noir effort, savor the villains, Burr and especially Harry Morgan. Thankfully you can find this title via the Warner Archive label.