If I were to be called upon to serve my country as a spy during a world war, I can’t think of a better cover than to be invisible. Sans clothing you might even say I have no cover at all. That’s exactly how Jon Hall goes about his spying in Universal Studios attempt to get the famed character into the war effort. Join me and others in Snoopathon hosted by Movies Silently as we attempt to bring to light some of the great and perhaps not so great efforts involving the spy film genre.

At the time of this films release many of the popular characters of the day were doing there bit for the war effort. Basil Rathbone and Nigel Bruce were moved from Victorian England to fight the forces of Germany. Johnny Weissmuller as Tarzan took on the Nazi forces with Cheetah in one of the series more enjoyable romps Tarzan Triumphs. “Now Tarzan make war!” So why not have a Universal Studios Monster get into the propaganda films.

Starring here as the grandson of The Invisible Man we have Jon Hall without his frequent co-star Maria Montez. Hall is currently living under an assumed name in order to hide the secret formula that he possesses from slipping into the wrong hands. Hands belonging to German officer Sir Cedric Hardwicke and his Japanese counterpart Peter Lorre. Lorre is a resourceful fellow and tracks Hall down. Torture ensues as Lorre is smooth and threatening with a paper cutter. Hall isn’t budging and with a little luck he manages to evade his captors.

With the subsequent bombing of Pearl Harbor, Hall approaches the U.S. government hoping he can somehow use his formula in a positive way for the war effort. Before he knows it he’s on a plane bound for Germany. The special effects by John P. Fulton go into full swing here with Hall taking the drug before parachuting into enemy territory. On his way down by chute he strips off his clothes leaving the German soldiers bewildered on the ground below. From here Hall is off to hook up with his contact the top billed Ilona Massey. Comedy ensues over the next half hour with our Invisible Man wreaking havoc on German officer J. Edward Bromberg as he attempts to wine and dine Massey. 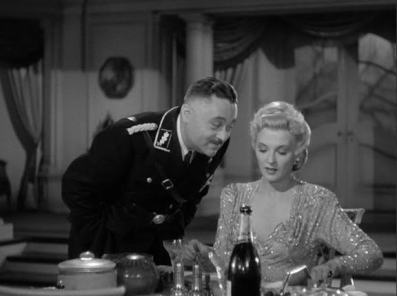 It seems that our main “heavy” Sir Cedric has a book containing a list of Japanese agents hiding out in the good ole U.S. of A. It’s up to our secret agent to get hold of it and ensure it’s contents get to the right people. Peter Lorre isn’t to happy with the situation as our Japanese antagonist. Lorre looks as if he has just moved over from the Mr. Moto series here with the same spectacles and even flashes a bit of Judo as he had been doing while playing the famed sleuth in the eight films he had done across town at 20th Century Fox.

Not unexpectedly Hall acquires the book and from here it’s all about outwitting Sir Cedric and avoiding the torture waiting in store for him should the evil Lorre get his hands on him. Turning up alongside Lorre for a few brief moments is Keye Luke aka Charlie Chan’s Number 1 son. There are a few scenes of outright Nazi brutality towards the end of this effort scripted by Curtis Siodmak who was responsible for a number of screenplays from the golden age of Universal Horror including the now classic The Wolf Man.

Towards the fadeout Hall gives the viewers all kinds of heroics with Massey by his side. Not only do they defeat the team of Hardwicke and Lorre but find a way to ensure that there is romance in their future with the customary kiss as the credits roll. 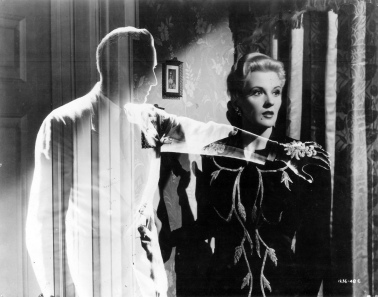 When watching propaganda films from our vantage point one must expect certain comments that by today’s standards are unacceptable. At one point while battling Peter Lorre, Hall lets out with “I can’t tell you Japs apart.” A common quote in films made after the bombing of Pearl Harbor to be sure. There are times when the German soldiers are so inept I thought I was watching Hogan’s Heroes. All in an attempt to keep the film light I suppose. When it comes to the Invisible Man, he really is the one character in the Universal stable of Monsters that easily lends himself to comedy as opposed to the others. At least before they all turned up in Abbott and Costello features. For a real good laugh, check out Ed Begley Jr. in Amazon Women on the Moon as he goes about playing our famed character. It’s a hoot.

Our leading man Jon Hall would turn up once again as the famed H.G. Wells character in The Invisible Man’s Revenge. Ilona Massey would move on to Frankenstein Meets The Wolf Man before seeing her career move into decline. It’s no wonder with scenes like having to become rather flushed and saying the line “Oh you’re rather tall aren’t you.” after seeing a headless Hall put on a bathrobe allowing her to get a look at his height and set of shoulders. It’s high camp at it’s best.

On the plus side the film was Nominated for an Oscar for it’s visual effects from Fulton despite their being a little less professional than some of the earlier outings that our main character took previously.  Overall I can’t say this is a great entry in the Universal series but when you have Sir Cedric and Peter Lorre turning up as our main villains it’s definitely worth a peek and if anything the film is never dull. 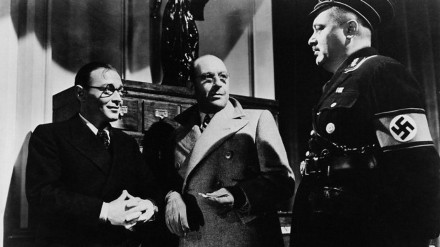