Adventure, comedy, technicolor and a rousing score with Burt Lancaster front and center! 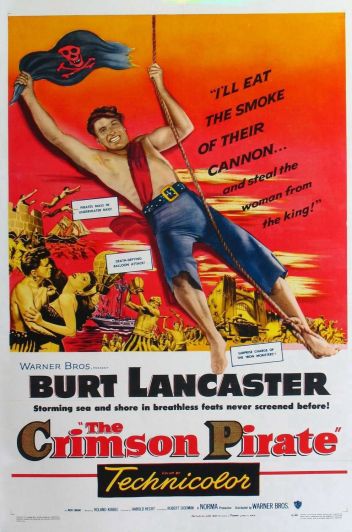 Burt Lancaster in his prime is a sight to behold. This film plays to the Lancaster strengths ranging from utilizing the body of an athlete to flashing his million dollar smile. Burt was of course an acrobat before embarking on one of Hollywood’s greatest careers. Although I would have a hard time listing my favorite actors in numerical order, let’s just say Burt would place very high on the list.

For this must see effort from director Robert Siodmak we have Burt in the title role joined by his long time circus partner and friend Nick Cravat as his comical mute sidekick Ojo. The best part of this film is that it plays up the comedy and less so the swordplay of which there is very little. The plot isn’t any different than most Errol Flynn swashbucklers. It’s just that the film concentrates on the clowning of Burt and Nick mixed with plenty of their circus act as opposed to the Errol Flynn vs. Henry Daniell style of adventure. And it works. The timing of the two former clowns match perfectly and full marks must go to Cravat for comedy relief. He pretty much played the same role opposite Burt in The Flame and the Arrow two years previous. 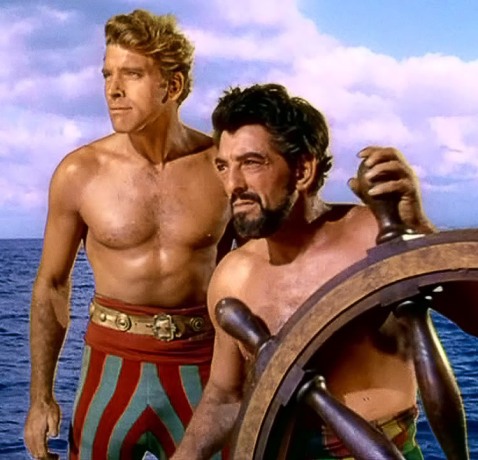 Beautiful Eva Bartok is the woman here that steals the heart of Burt’s pirate causing him to mend his rambling ways much to the dismay of his second in command Torin Thatcher. By the time the fadeout kicks in all will work itself out as it usually does in a top notch Hollywood adventure from yesteryear. This really is a joy to behold from the color photography to the sets and costuming of the large cast of extras. The dollars spent on this production are all on screen for our viewing pleasure.

This was Burt’s third film with director Siodmak having previously done two Noir greats, The Killers and Criss Cross. Circus pal Cravat would work off and on with Burt over the years right up to The Islansd of Dr. Moreau in 1977. If you happen to recognize one of our main adversaries who is always standing beside chief villain Leslie Bradley, that is indeed Christopher Lee a few years prior to Hammer fame. 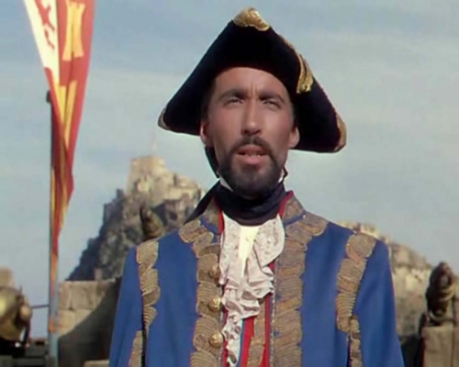 All in all this one is a must for different reasons. Most importantly to see a role tailor made for Mr. Lancaster.